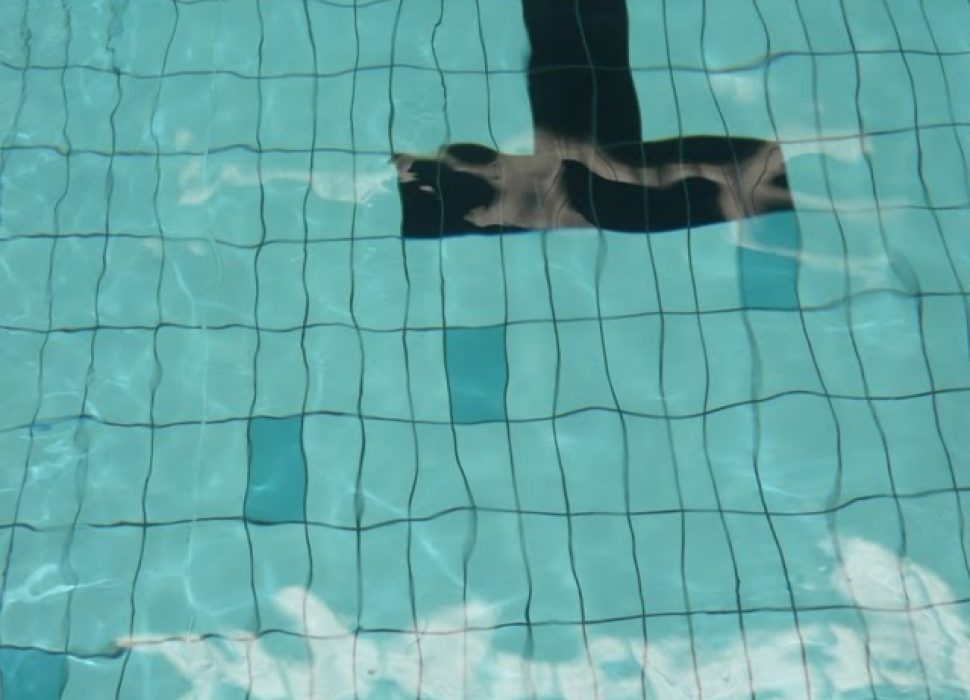 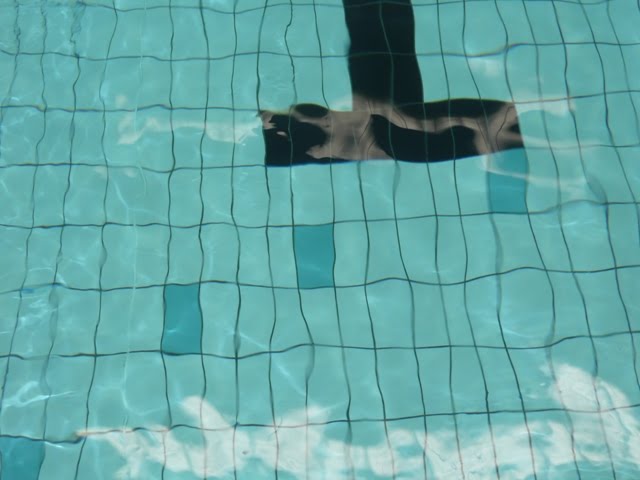 While we were in Tasmania for a wedding last week, I went to the Hobart Aquatic Centre for a swim. Hobart City Council advertises this complex as an escape to a sub-tropical summer’s day even during the city’s coldest weather. Well it was certainly warm inside the indoor centre – a bit too warm. But it was lovely in the water and not too busy. The thing I liked best about this pool was the colour of tiles.
Mainly white with black tiles marking the centre line down each lane, the 50-metre pool also includes smaller mint green tiles. I found this colour combination very relaxing as I swam along. Officially opened in 1997, the Hobart Aquatic Centre is also known as the Vietnam Veteran’s Memorial Pool in honour of Australians who served in that war. As well as an 8-lane 50-metre pool it includes a 25-metre warm-up pool, a 25-metre leisure pool with slide and a diving pool with a diving tower.
Sandy Bay Baths
During our five days in Hobart, I also investigated the location of one of the city’s first swimming pools at Sandy Bay. Opened in 1840 by Frederick Bell, the Sandy Bay Baths were located around about where the current Sandy Bay Rowing Club is based, out from Short Beach on the Derwent River. The timber construction included ladies and gentlemen’s baths and two refreshments rooms where breakfasts, tea and coffee were provided. In the early 1900s there was much consternation about male bathers not wearing trunks when swimming at the Sandy Bay Baths. Worse still was that a partition between the ladies and gentlemen’s quarters was riddled with peepholes which allowed ”big hulking fellows to eye the fairer sex”!
While the ownership of the baths changed hands numerous times as proprietors struggled to make a living, the baths continued operating for more than a century. 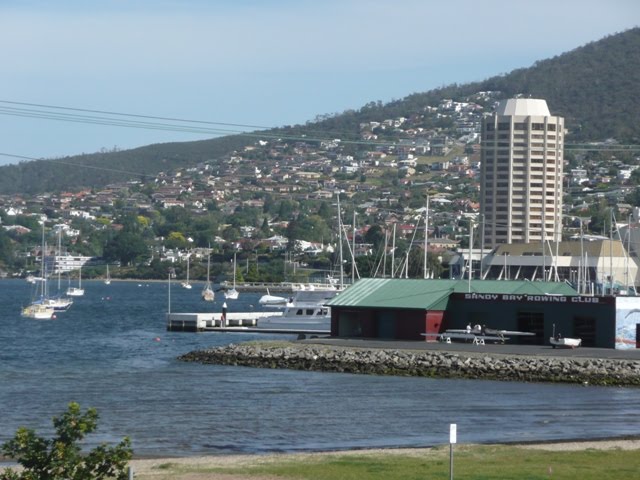