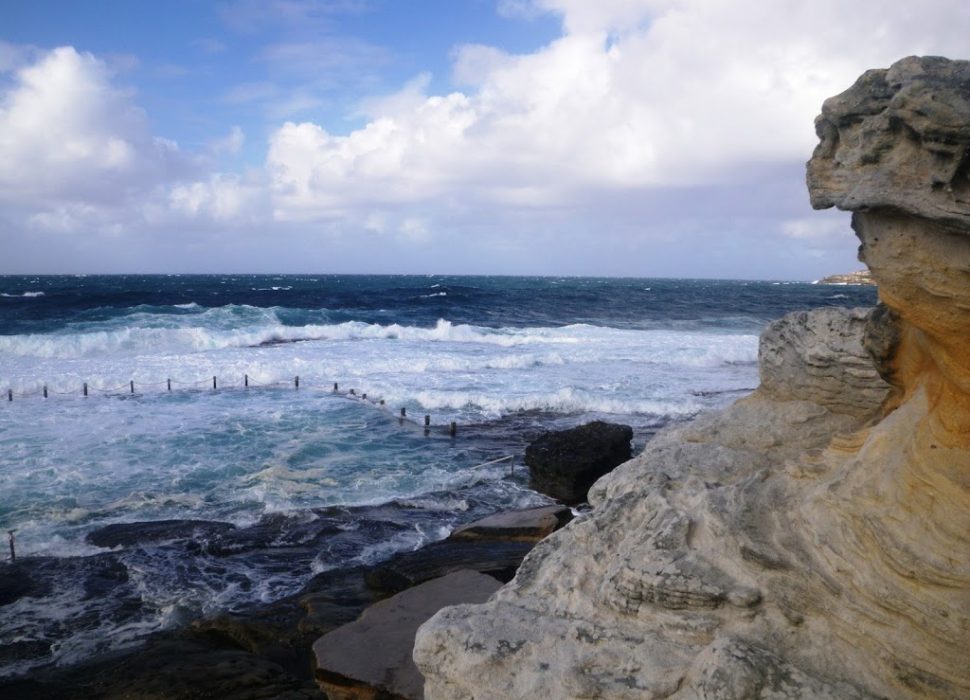 The beauty of ocean pools is that they change each day according to the weather and the patterns of the sea. 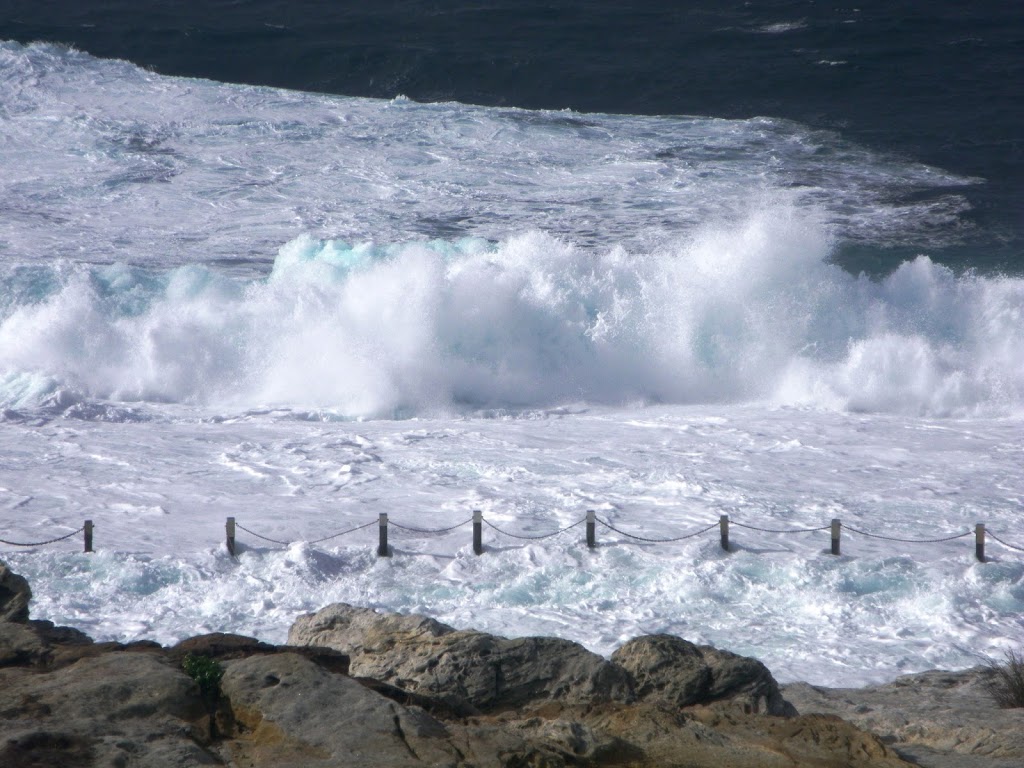 Last week huge waves lined up outside Mahon Pool and crashed over the chains. 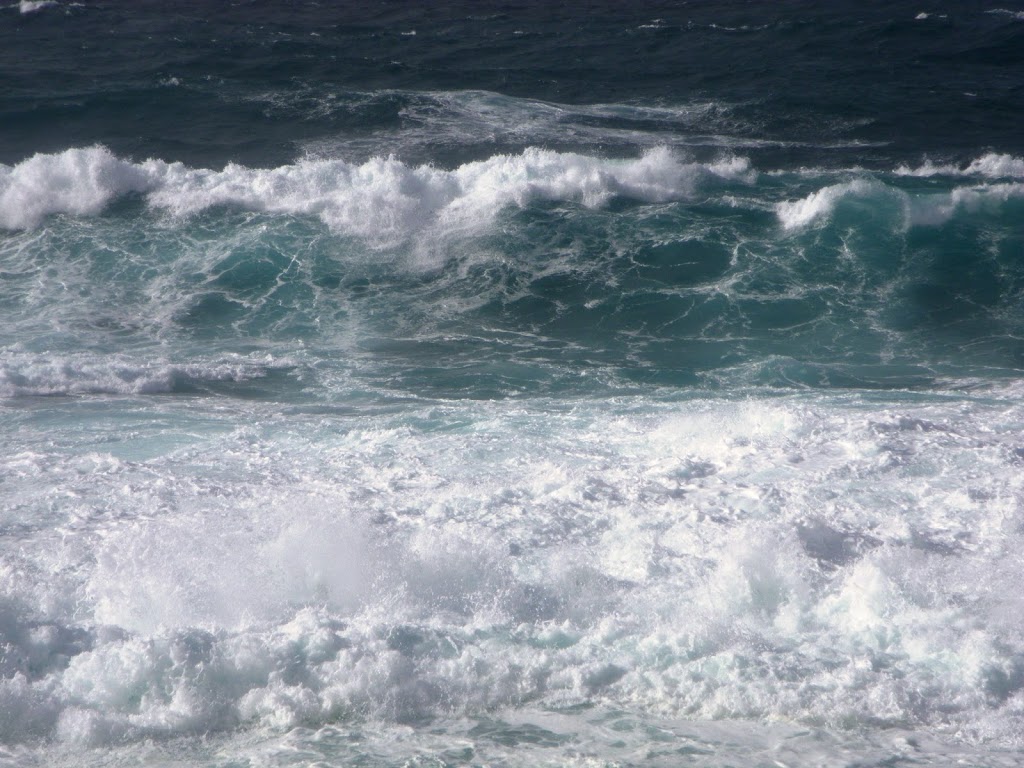 Sometimes there was so much water the pool disappeared completely from view. 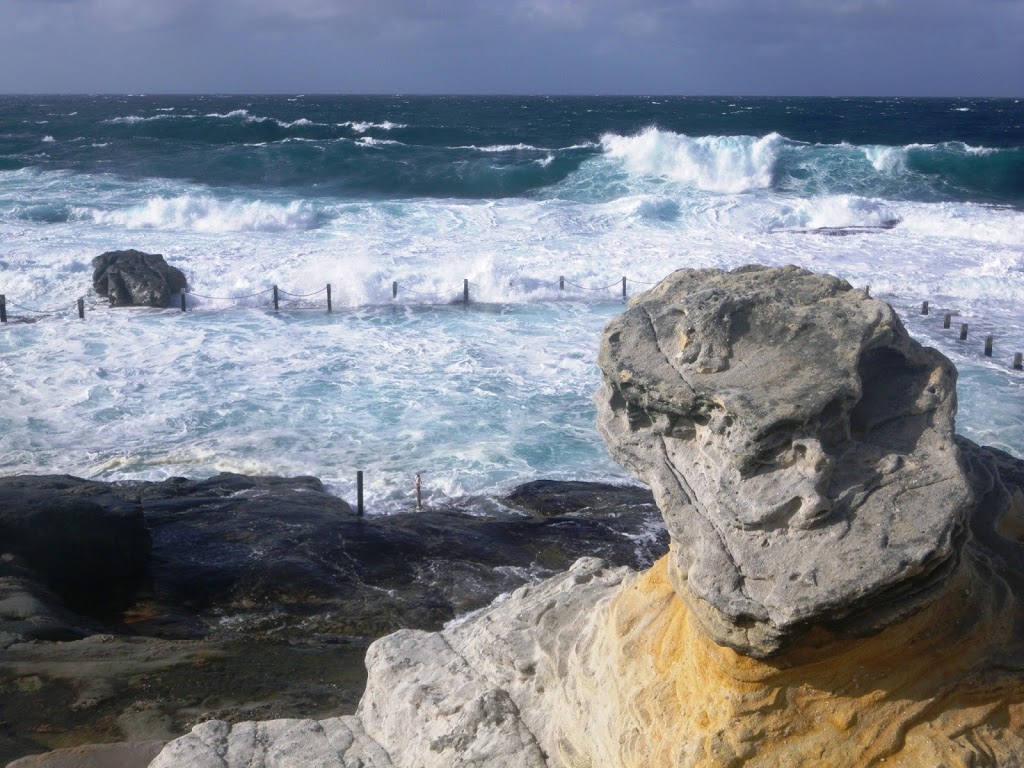 It was mesmerising watching the rise and fall of the sea and the sun shining on the sandstone. 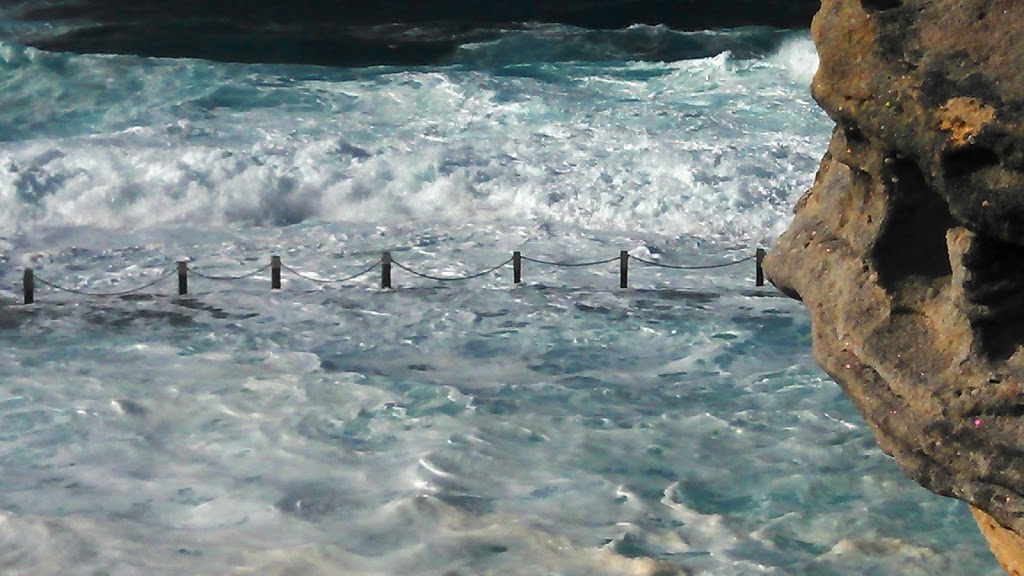 And seeing a face appear in the curves and lines of a rock. 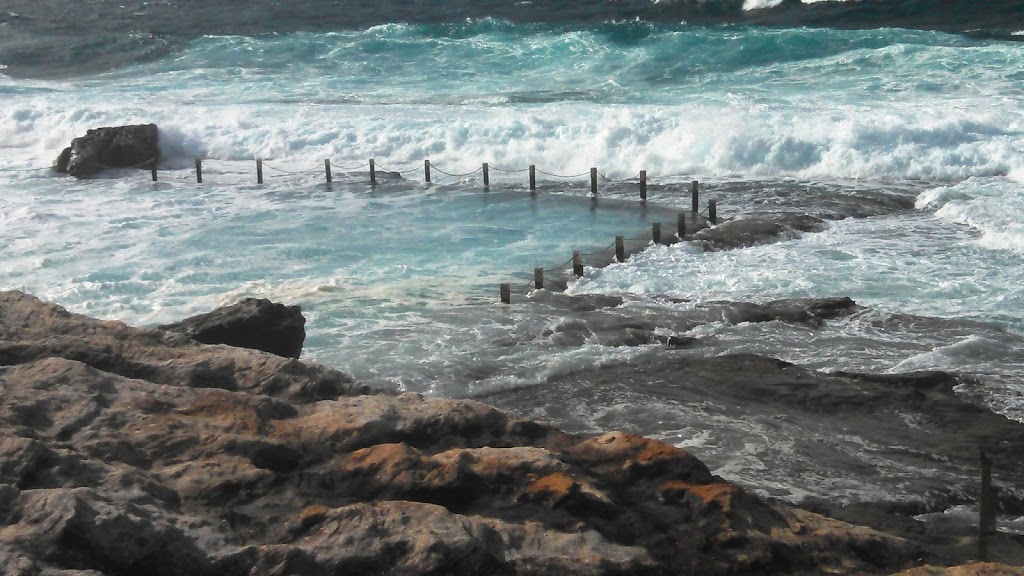 More than most of Sydney’s 100 ocean baths, Mahon Pool is at the mercy of the worst waves and weather as it doesn’t get protection from the south-westerlies. Built in the early 1930s on the rock platform north of Maroubra Beach, at high tide the pool often merges with the sea. In the 1930s and 40s my mother and her sister swam there often especially when the surf was dangerous at Maroubra Beach.. 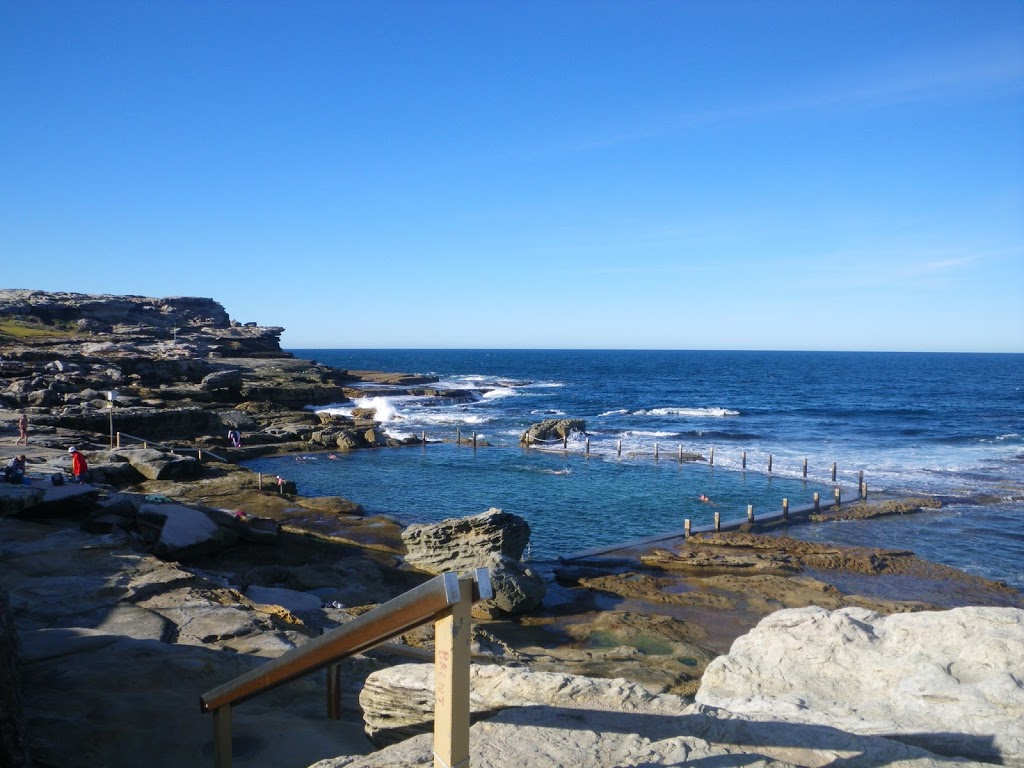 A month ago I was greeted by a much more tranquil scene than last week’s big seas. 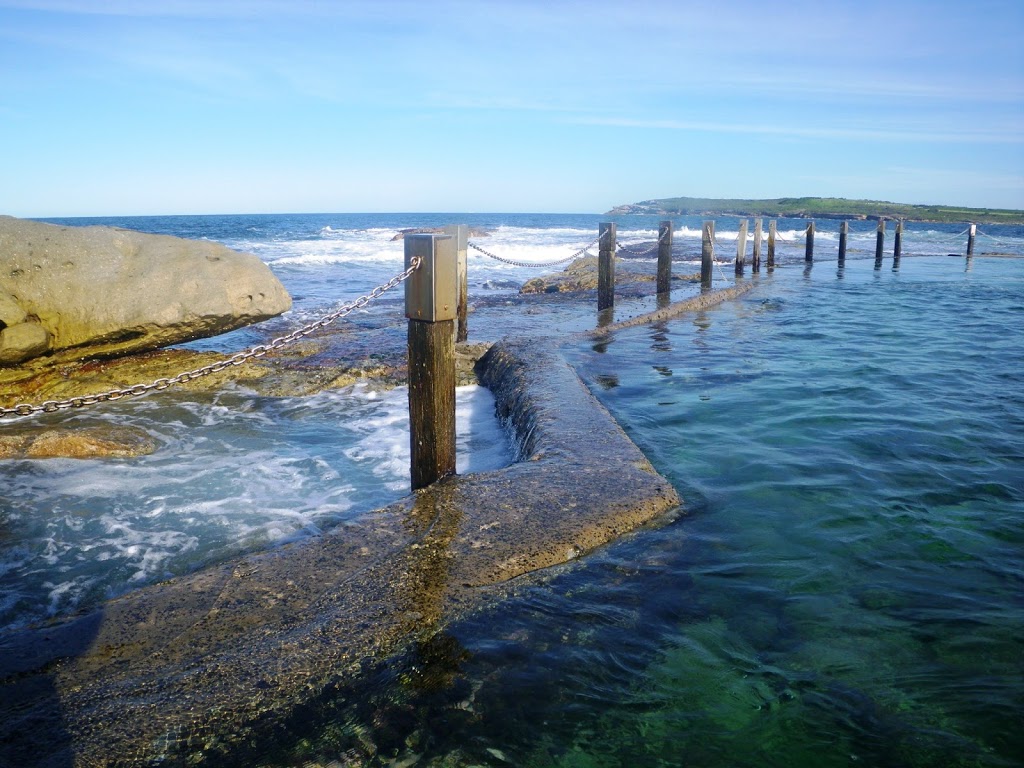 It was the day before winter but almost like a summer’s day so I was ready for a swim. 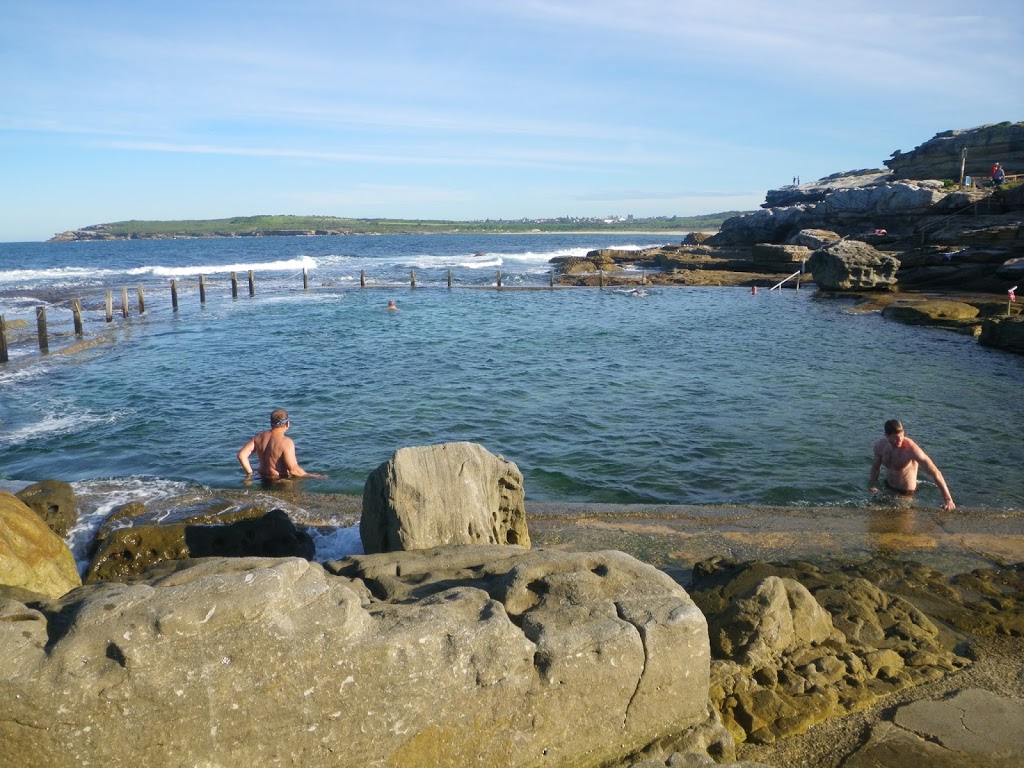 Near the steps leading into the pool, I met a man who swims there all year round. 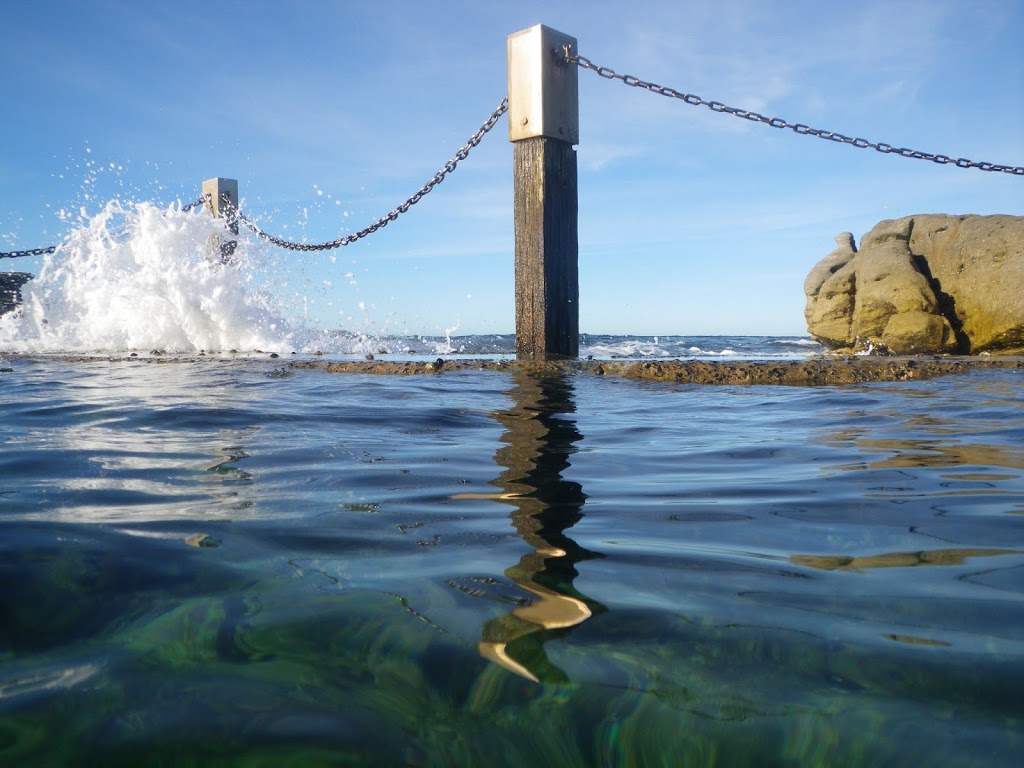 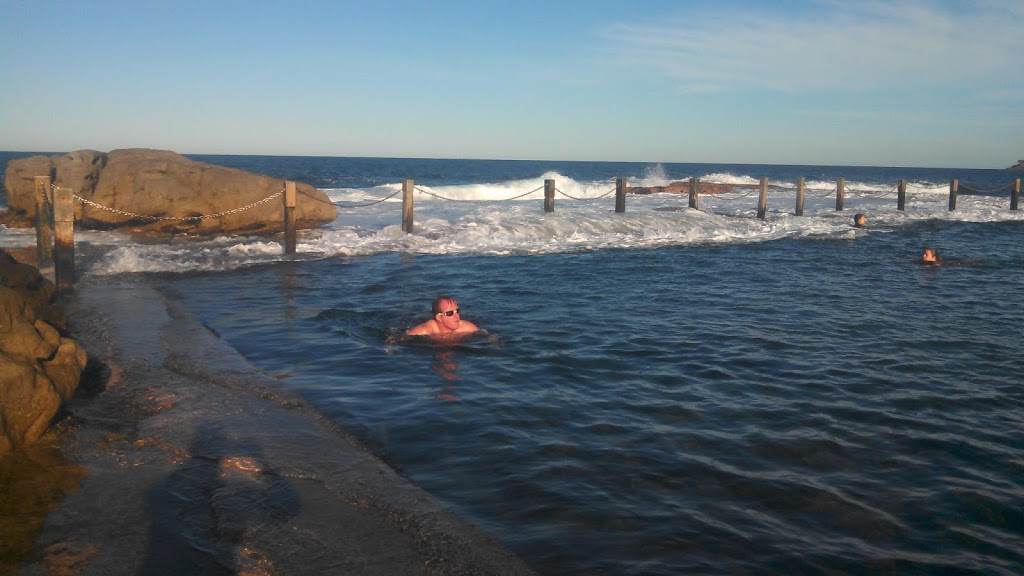 As I swam along olive green plants fluttered in the water like Reconciliation hands and close to the edge where the waves wash in I spotted a fish. 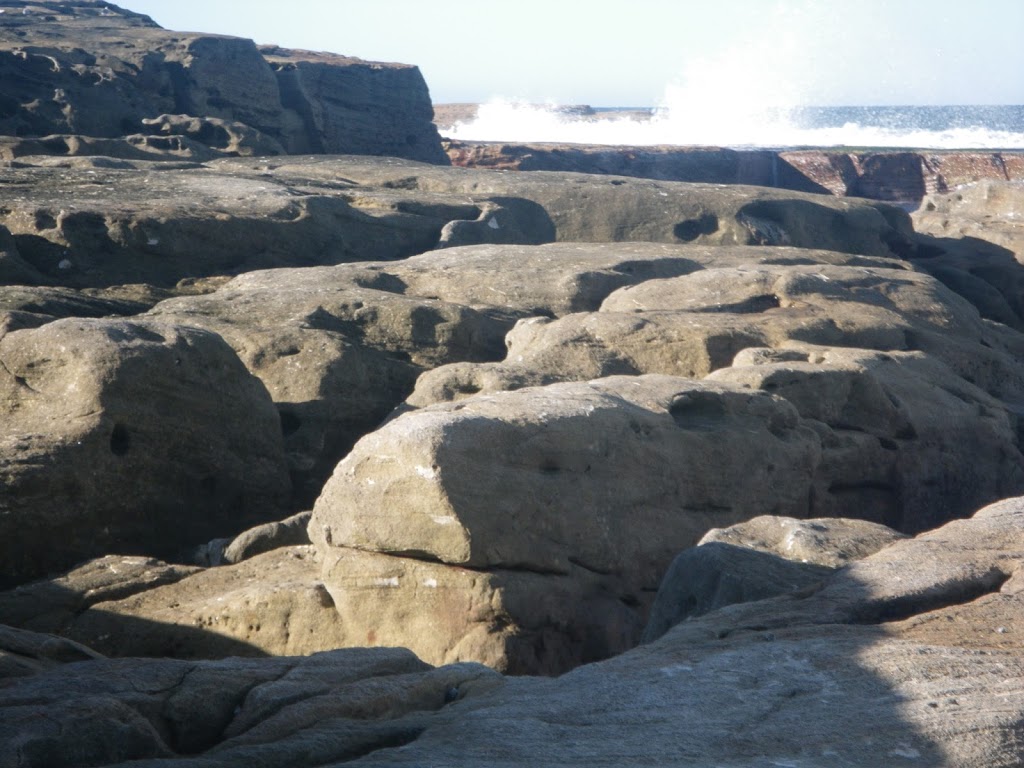 On the rock platform, the grey-brown boulders looked like crocodiles, hippos, whales and sharks; their half-opened eyes watching me and the other swimmers in the pool. 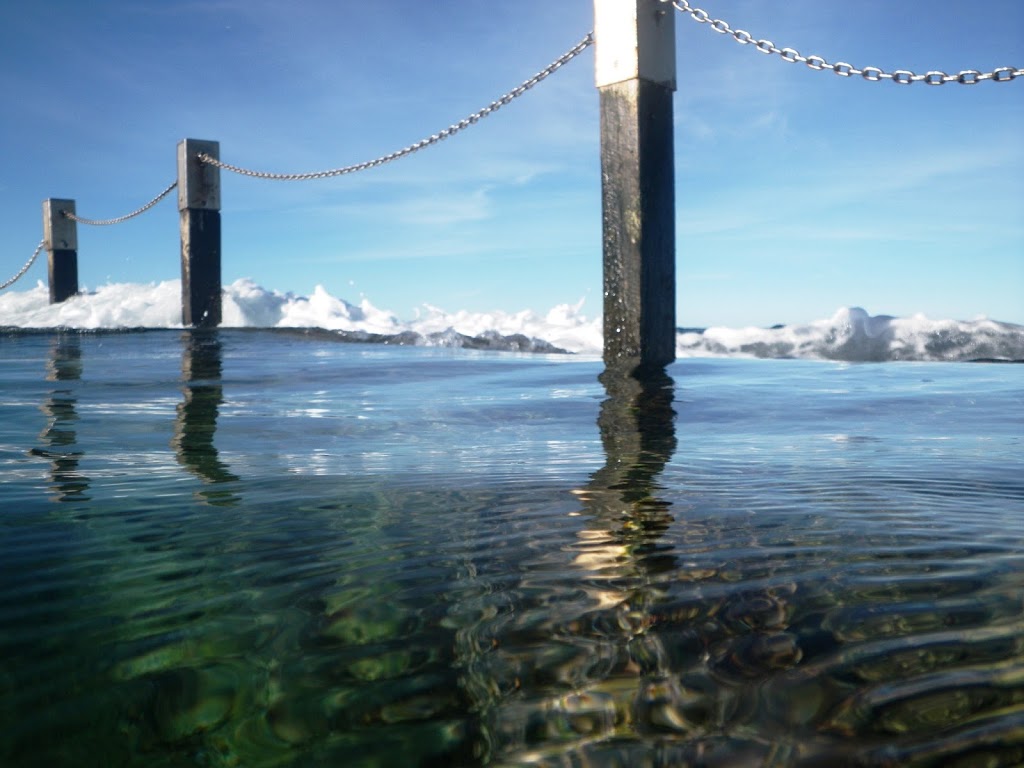 It was beautiful in and I started to have that familiar feeling like I wanted to stay forever in this pool.