At the rock pool by Mona Vale’s Bongin Bongin Bay 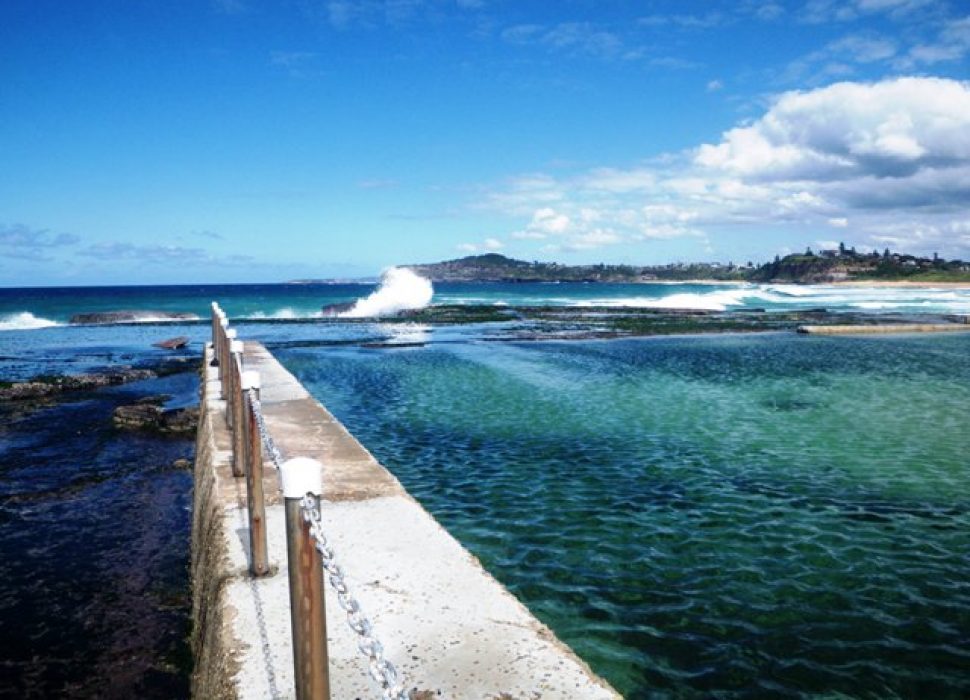 It was renamed in 1858 after the first farm in the area called ‘Mona’, which means ‘high born’. Ogden suggests the owner of the farm, Scotsman Robert Campbell may have named it after the town of Mona Vale in his country of birth.

One area of Mona Vale still known by its Aboriginal name is the bay just north of the rock pool. 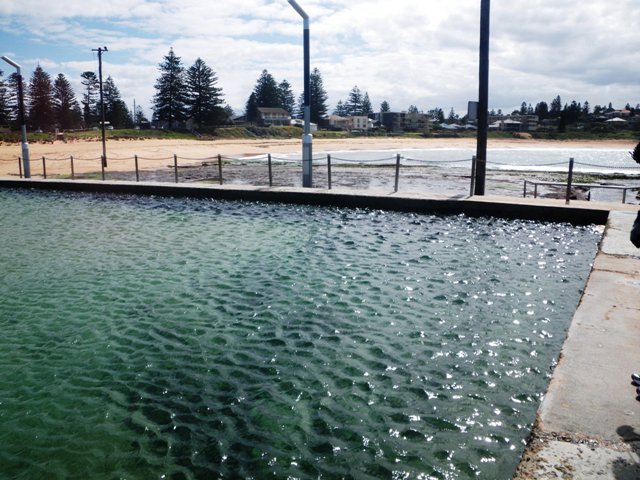 Visiting there last Saturday with my friend Fiona, she said when the surf at Mona Vale Beach was too dangerous her family used to swim across Bongin Bongin Bay. When it was too rough in the bay they would retreat to the pool. 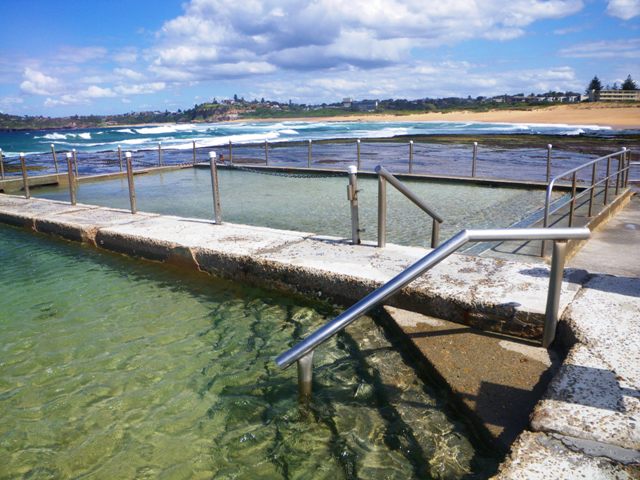 The distinctive thing about Mona Vale’s main pool and children’s wading pool is that they are sited on an exposed rock shelf – not beside a headland or surrounded by large rock formations like most of NSW’s 99 other ocean baths. 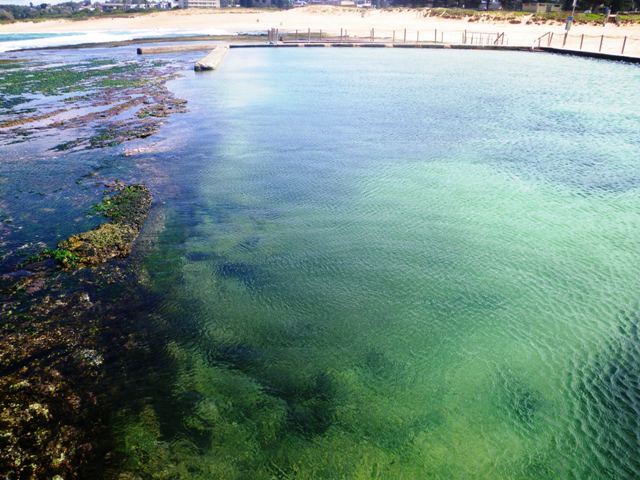 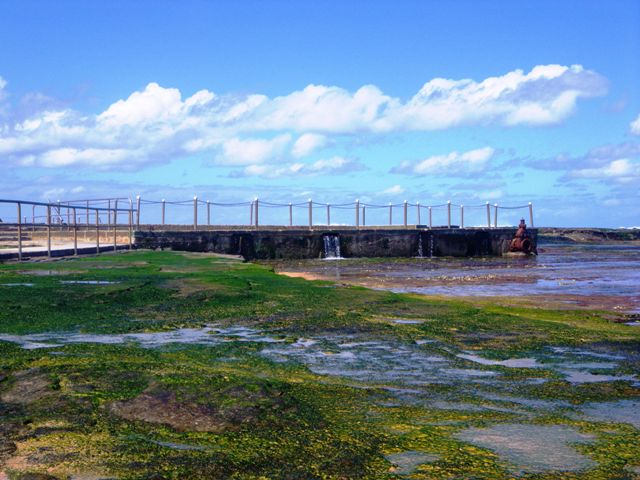 While we were the only ones there around midday last Saturday, Fiona tells me the pool is very popular with the locals. She says at different times in the day you’ll find oldies, young men, mothers, all types, swimming their laps, taking the toddlers for a paddle or just relaxing around the edge of this lovely rock pool. 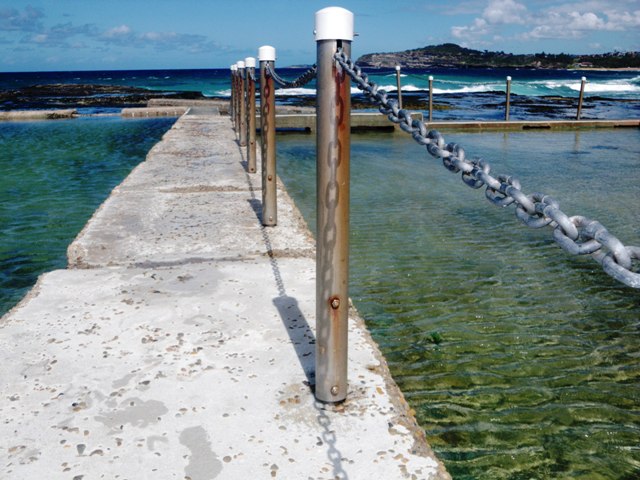 With the weather cool I ended up not diving in but I will definitely return at another time for a swim.