Pool spotting from the French alps to the coast 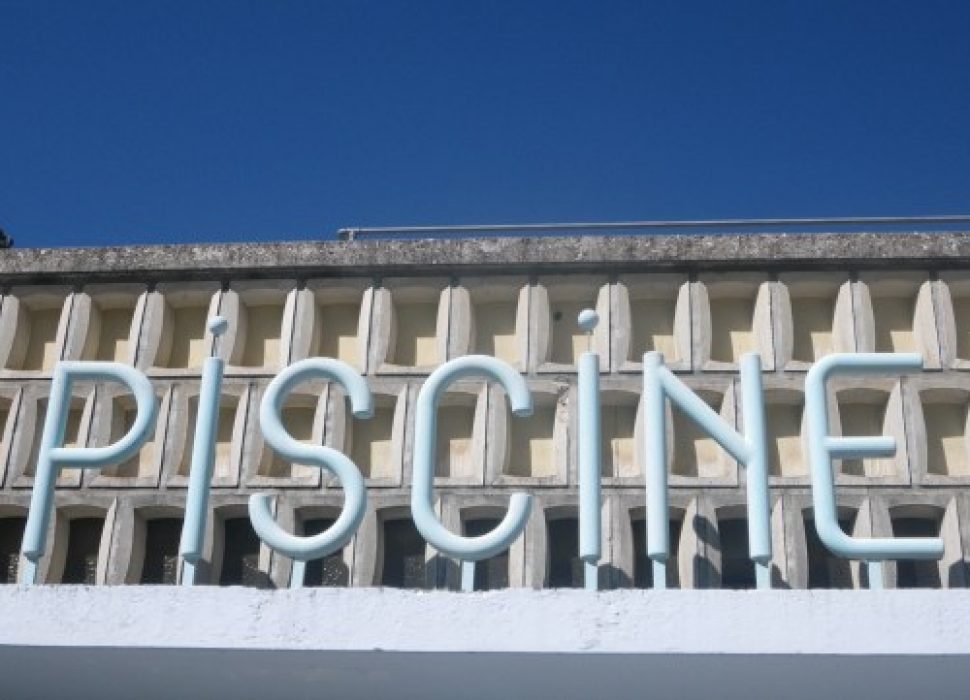 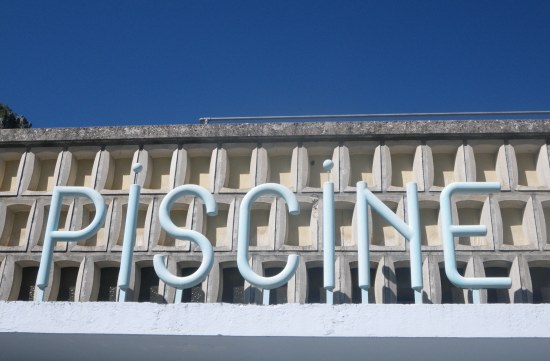 Being slightly obsessed with pools, I did a lot of piscine (France) and piscina (Italy and Spain) spotting on our recent overseas trip. In the French Alps and the Alpes de Haute Provence we came across a number of municipal pools in picturesque locations. Unfortunately our timing in mid-May meant that most weren’t open. 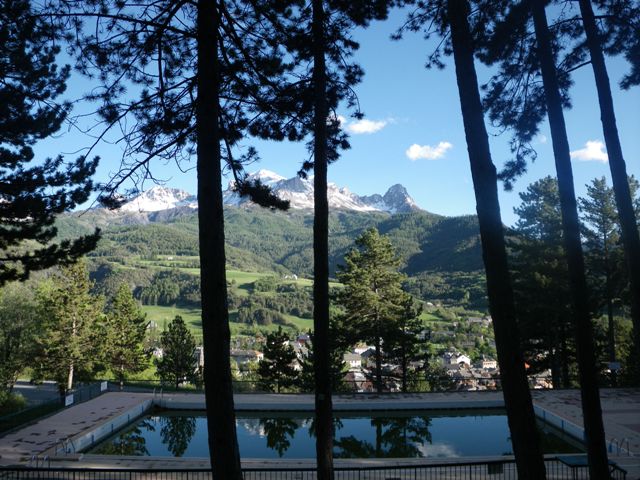 In Barcelonnette the local pool was in an elevated position overlooking the town and up to the snow-capped mountains.  Not far from the Italian border, Barcelonnette is a centre for mountain sports. 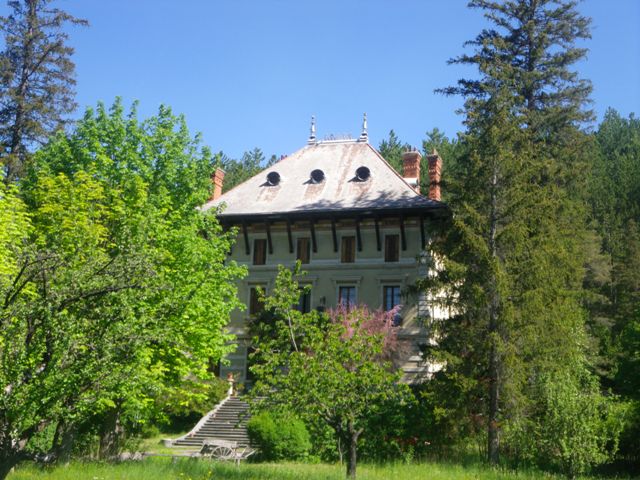 It is also famous for its Mexican connections with a number of its citizens emigrating there between 1814 to 1955 to set up textile businesses.  About 90 per cent  remained in the country and became citizens. The ten per cent of prosperous families who returned built huge mansions in the town which you can see today. 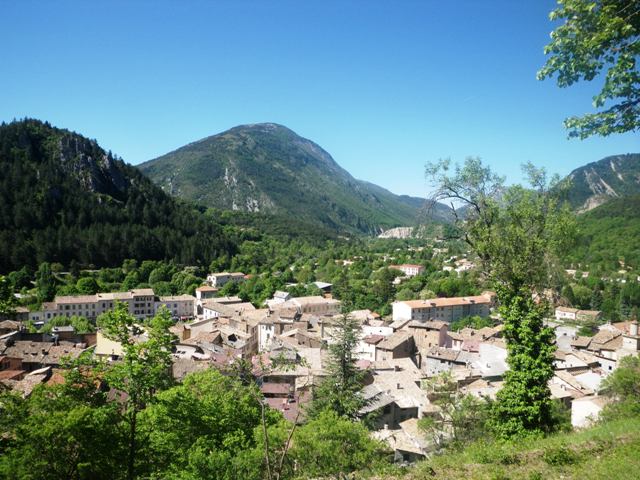 South from Barcelonnette we visited the lovely village of Castellane in the Alpes de Haute Provence. Here the piscine was in a picturesque location by the river. 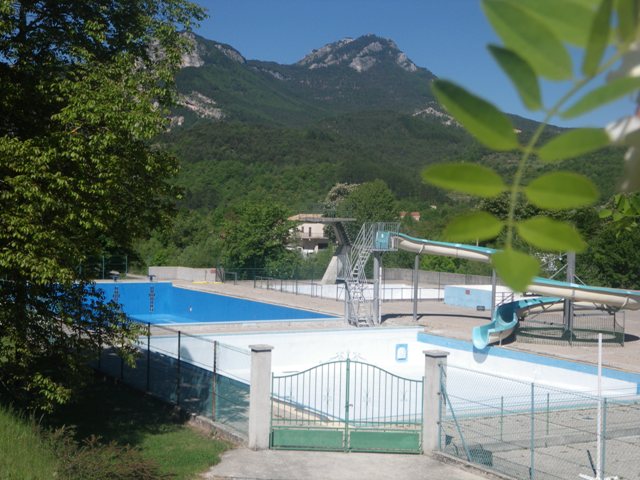 It would be a perfect place to float on your back and gaze up to the Notre-Dame du Roc chapel perched high above the town. 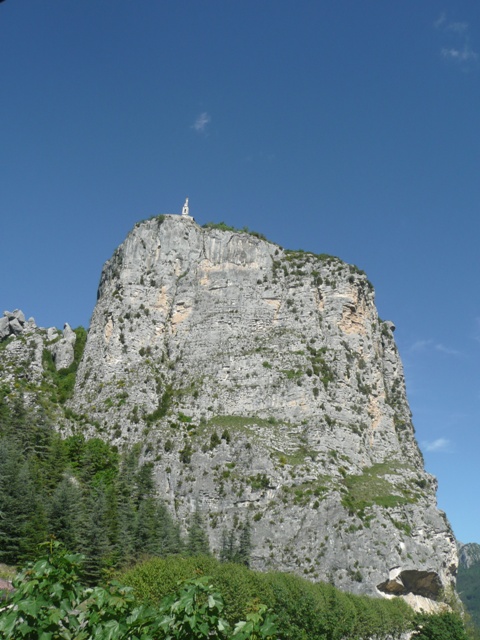 In 812 when Castellane was totally destroyed by Saracen invasions, survivors took refuge on the rock. The Notre-Dame du Roc chapel was added in 1703. 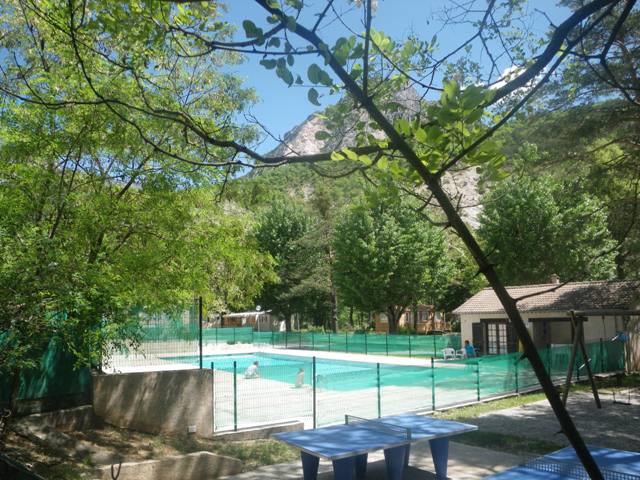 From Castellane we travelled on to the Gorges du Verdon, the largest canyon in Europe. On the way there were many camping grounds, including some with pools. 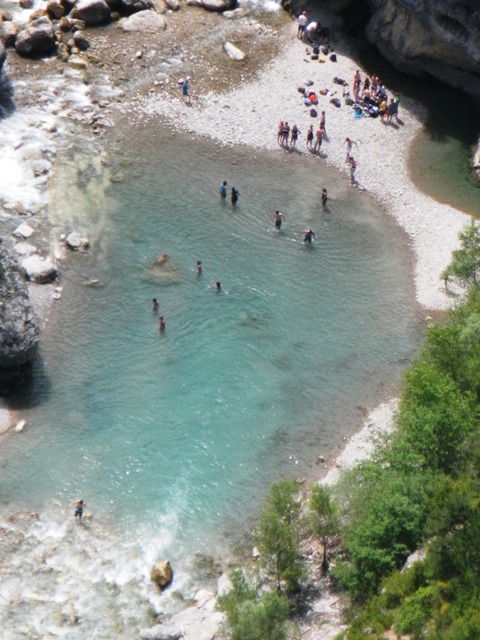 When we walked down into the gorge which stretches for 25 kilometres, groups of German teenagers were enjoying a dip in one of many natural pools created along the Verdon River. 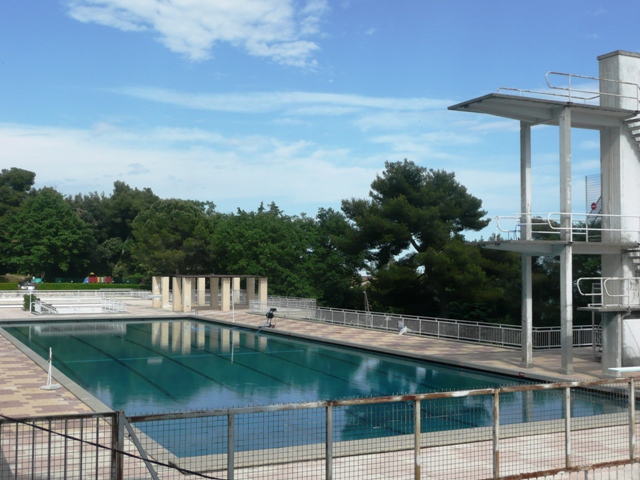 The final pool spotted on our journey from the French Alps to the Cote d’Ázure was on the outskirts of Grasse. Perched high above the perfume-producing city, the pool is aptly named  La Piscine Altitude 500 for its breathtaking location. We will have to return for a swim. You can find information on all 2528 piscines in France here.