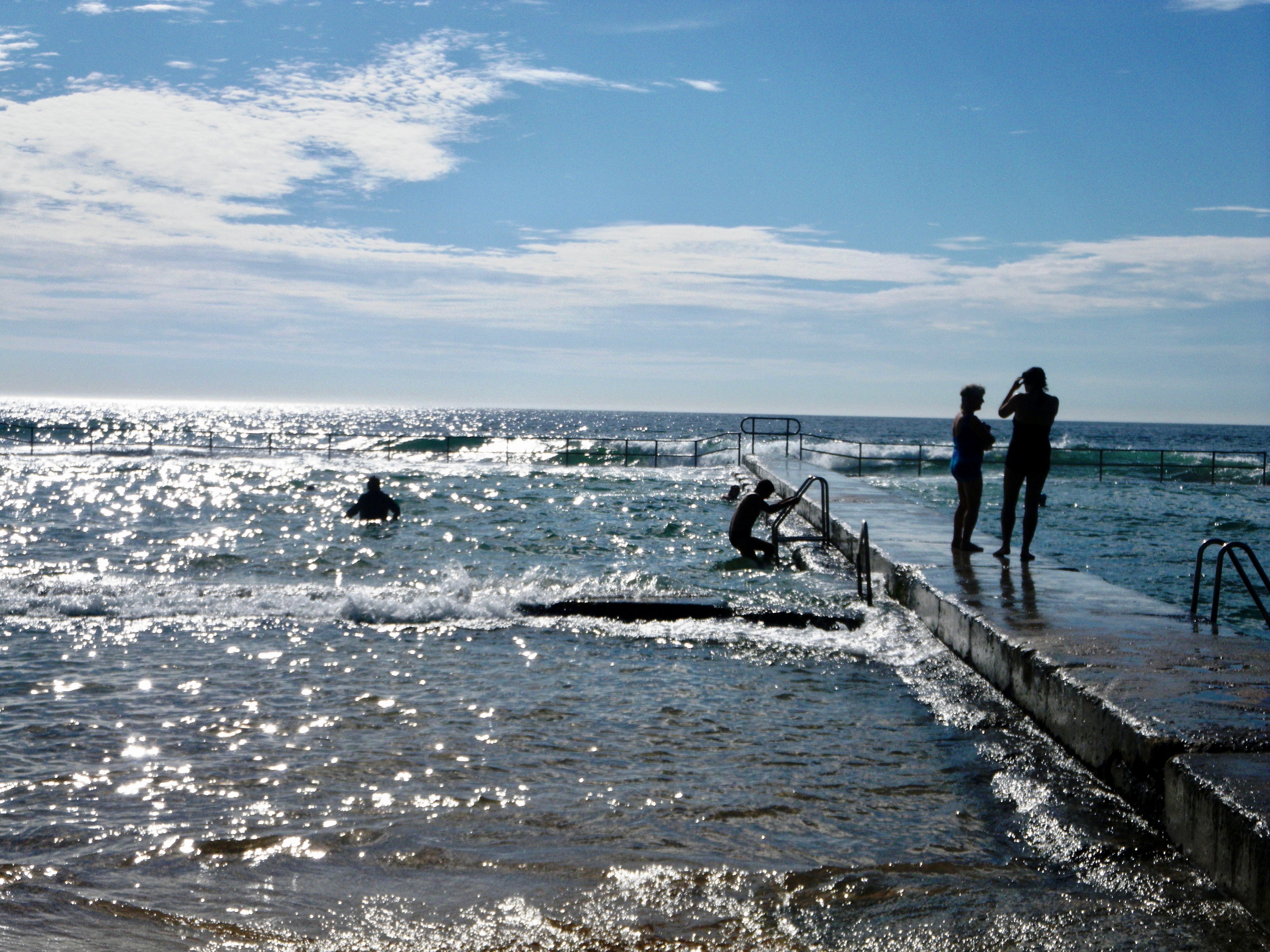 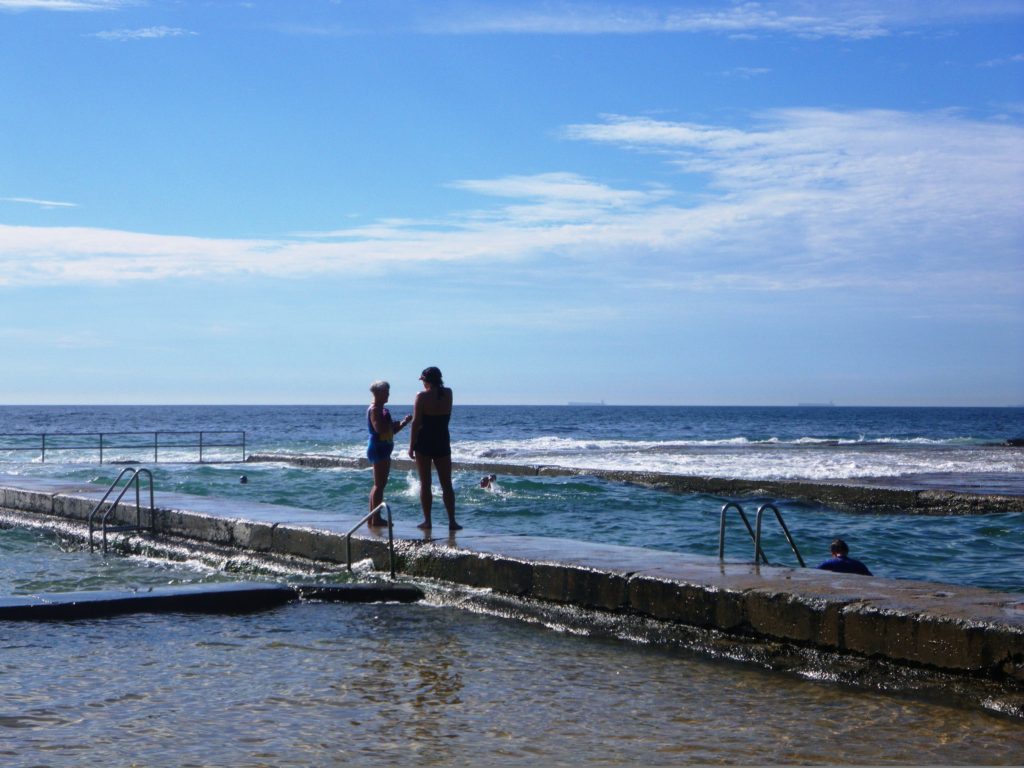 The Illawarra area, south of Sydney is blessed with many beautiful ocean baths. Between Coalcliff in the north to Shellharbour in the south there are around 24 pools built into rock faces by the sea. 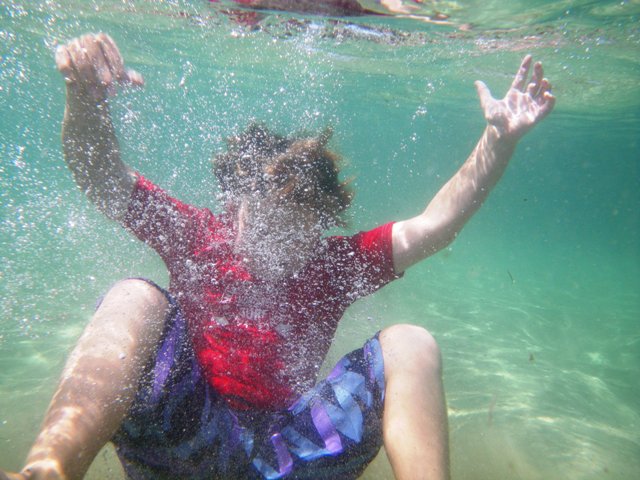 One of these beauties is the double ocean pool at Austinmer. With my good friend Marg and her son Zac, I recently visited Austinmer’s twin pools, which sit side-by-side at the south end of the beach. Built about 1919 and 1930, a concrete walkway connects them down the middle. 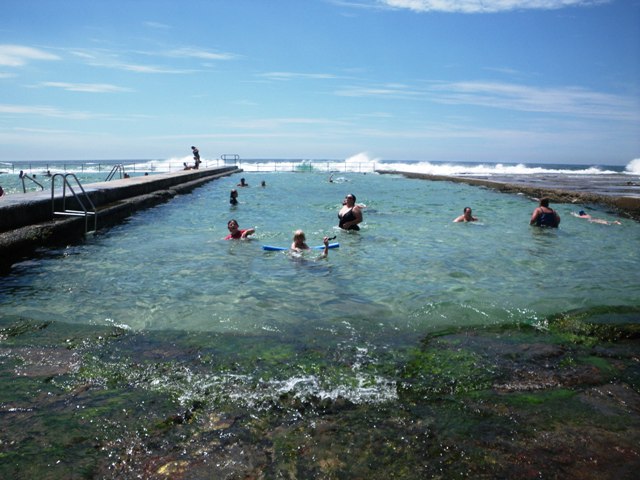 Mid-morning when we dropped in for a dip, the pools were very popular with local retirees, senior ladies in sensible one-piece costumes, and mothers with young children. With the swell pumping, Zac and I had our exercise swimming towards the deep end of the longer, more narrow pool. The force of the waves tumbling over the steel rails at the edge kept pushing us back towards the calmer, shallow water. 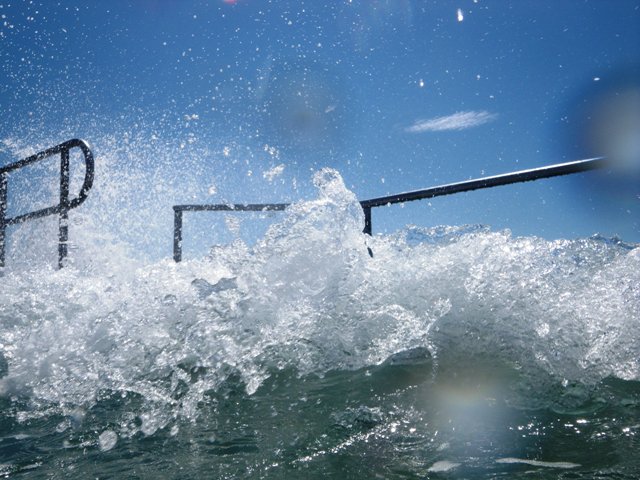 Austinmer has been a popular place for holiday-makers since the early 1900s.  Being on a train line allowed Sydneysiders to travel easily to the beach-side spot, which aspired to become the ‘Brighton’ of NSW.  Travelling on the train from Campsie, my father’s family had a number of holidays there in the late 1930s, staying at one of the town’s many guest houses. 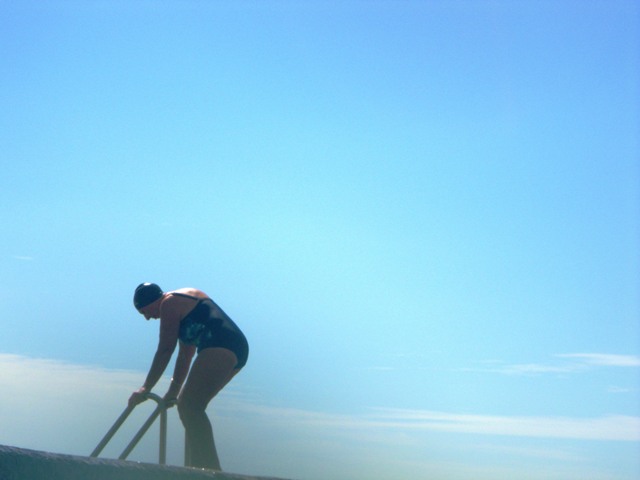 I wonder if Dad and his sisters were some of the people who were prone to walking around the shops in their bathing attire, which in the late 1930s and early 40s was the ire of the town’s Women’s Christian Temperance Union, Methodist Ladies Church Aid and the local Reverend R Brown. 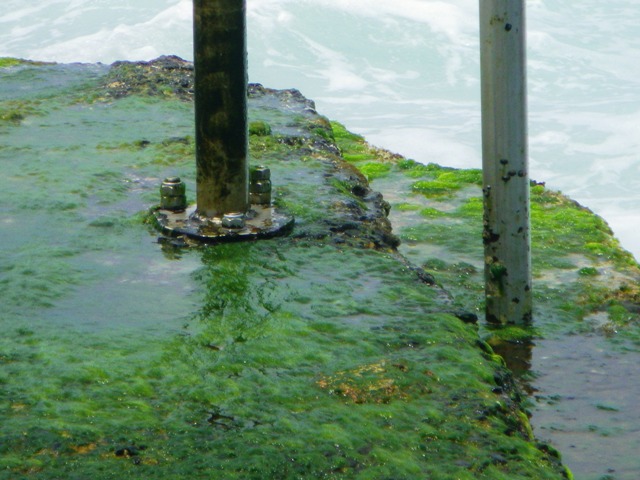 If members of these groups were alive today I’m not sure if they would approve of the name of the unofficial swimming club formed at the baths in 1989. Called FYBROS (Freeze your balls/boobs off) the members swim there on Saturday and Sunday mornings.

Austinmer Baths is below the surf club change rooms off  Lawrence Hargrave Drive, north of Thirroul and south from Coledale. 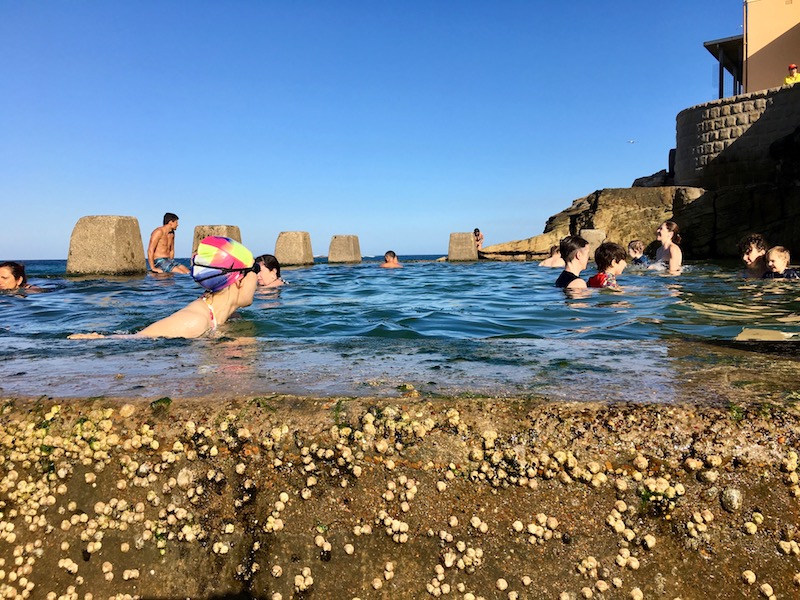 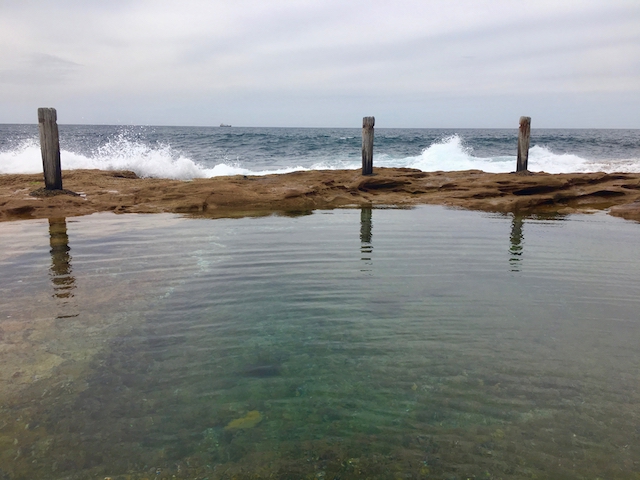