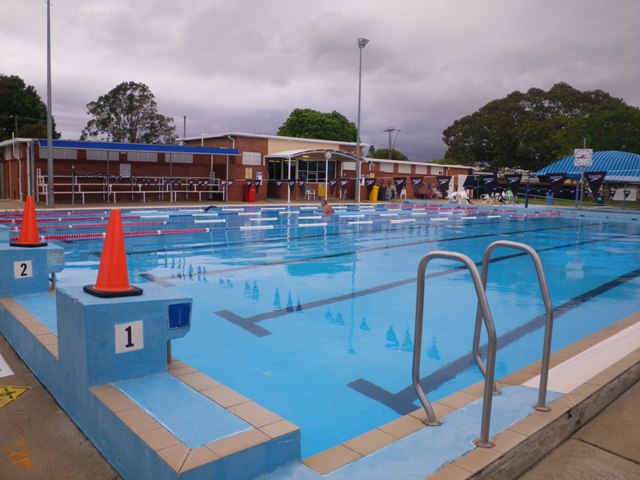 On our recent travels down the NSW South Coast I revisited the Moruya War Memorial Swimming Pool. Like many pools built across Australia post World War II, this pool was named in honour of those who served in the war. 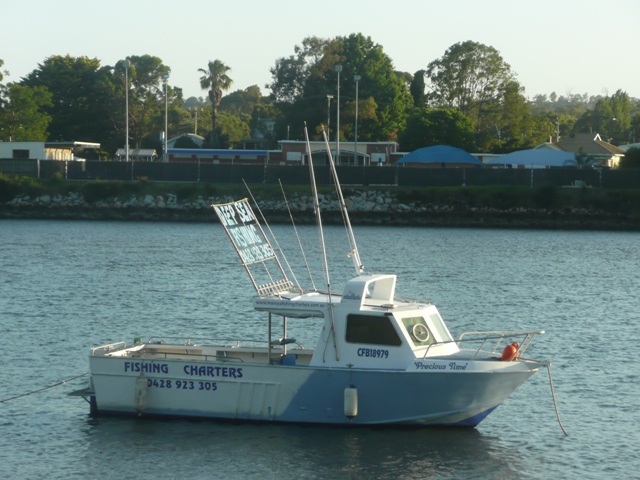 Located next to a park and by the Moruya River, it was officially opened on 13 February 1965.  Back in the early 1970s when my family holidayed at nearby Broulee, I had a swim or two in the pool. In those days it was 33 metres in length and had lovely views over the river. 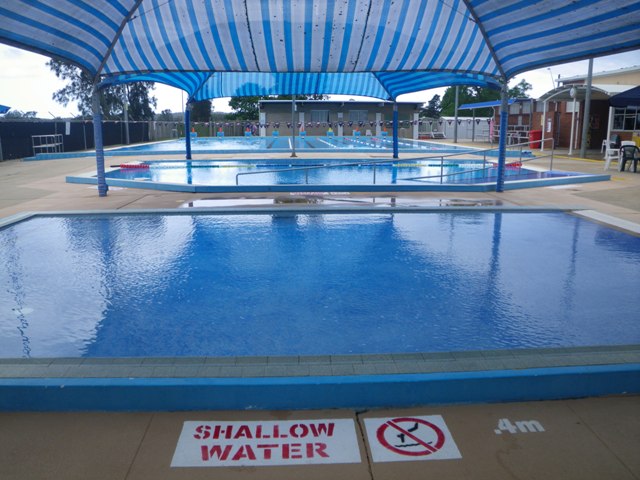 These days dark panelling on the fence impedes the river vista, and in 1992 the 33-metre pool was remodelled into a 25-metre pool to allow for a program pool to be added. 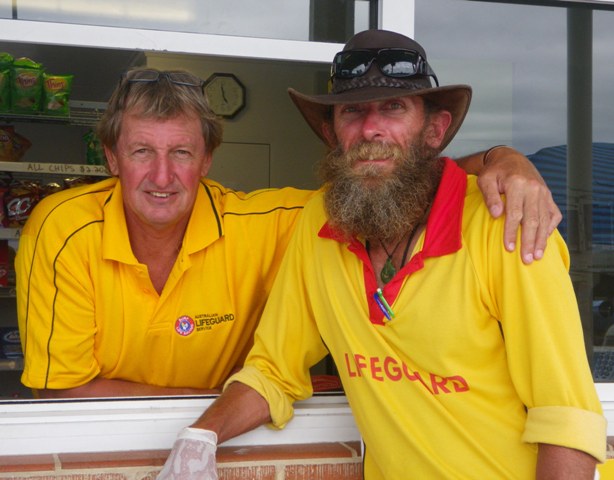 On the cool afternoon I visited I was made feel very welcome by manager Vicki and attendants Mick and Andy. I shared the 27 degree Celsius water with just one other swimmer. While some of the regular lappers  would like the water a bit cooler, manager Vicki said the temperature is ideal for swimming lessons,  and over January they were running an 18-day intensive program. 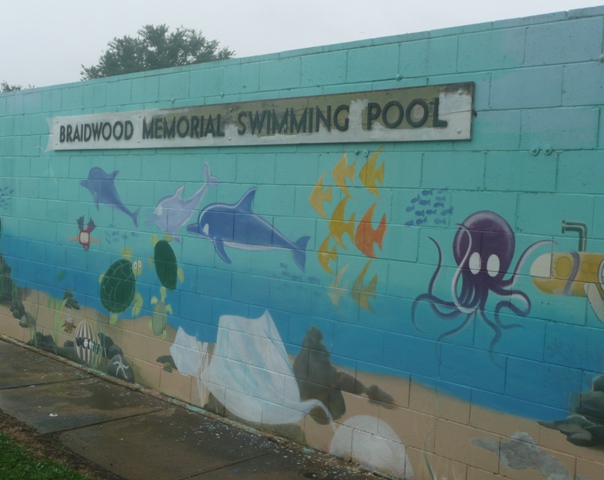 On the way home via the inland route, I discovered another memorial pool at historic Braidwood. As we headed out of town after lunch, the pool’s colourful mural caught my eye. Just one year older that the Moruya complex, the Braidwood Memorial Swimming Pool in Ryrie Park is only about 20 metres in length. The pool was built in response to concern over a number of drownings in local streams and to create a safe venue for local children to learn to swim. 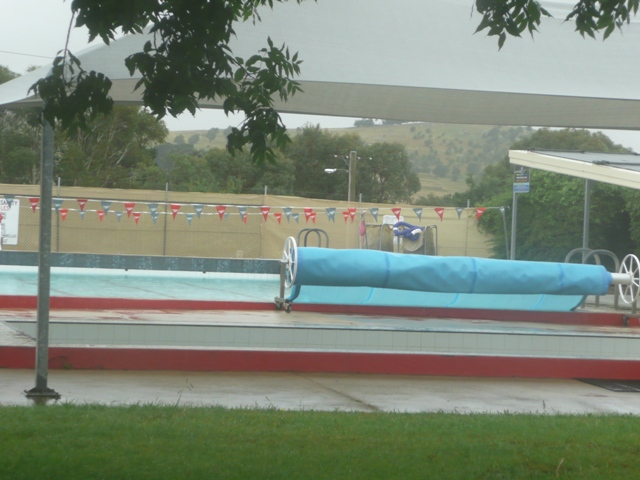 It was a pretty miserable day when we passed through, so the pool was empty of swimmers. Among a number of plaques near the entrance was one erected by parents and friends in 1992 dedicated to Kenny Corey for 15 years of continuous service to the children of Braidwood.  I wonder who Kenny was – the pool manager, a swimming instructor – do you know?

Across Australia there are many memorial pools. One of the more famous ones is the Tobruk Memorial Baths in Townsville. Opened in 1951, it was the winter training base for the Australian swimming team preparing for the 1960 Olympic Games in Rome. 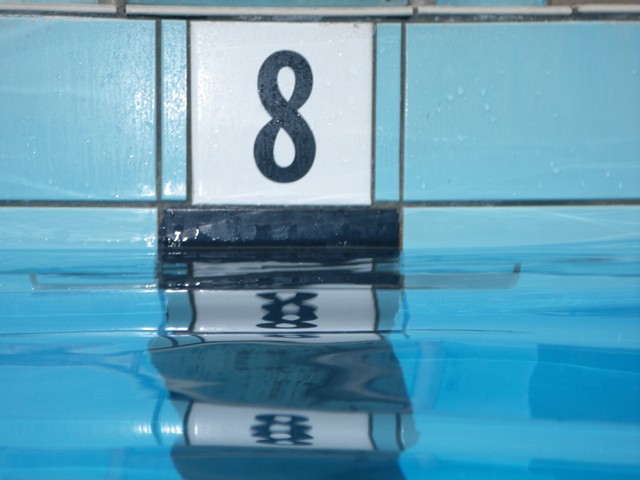 Other war memorial pools are in the Adelaide Hills, York in WA, Sydney’s Parramatta, Glenorchy in Tasmania and Redcliffe north of Brisbane. There are many more – do you know where they are?