Tiles, curves and schoolgirls and the last days of Parramatta Pool
6 comments
Share:FacebookTwitter 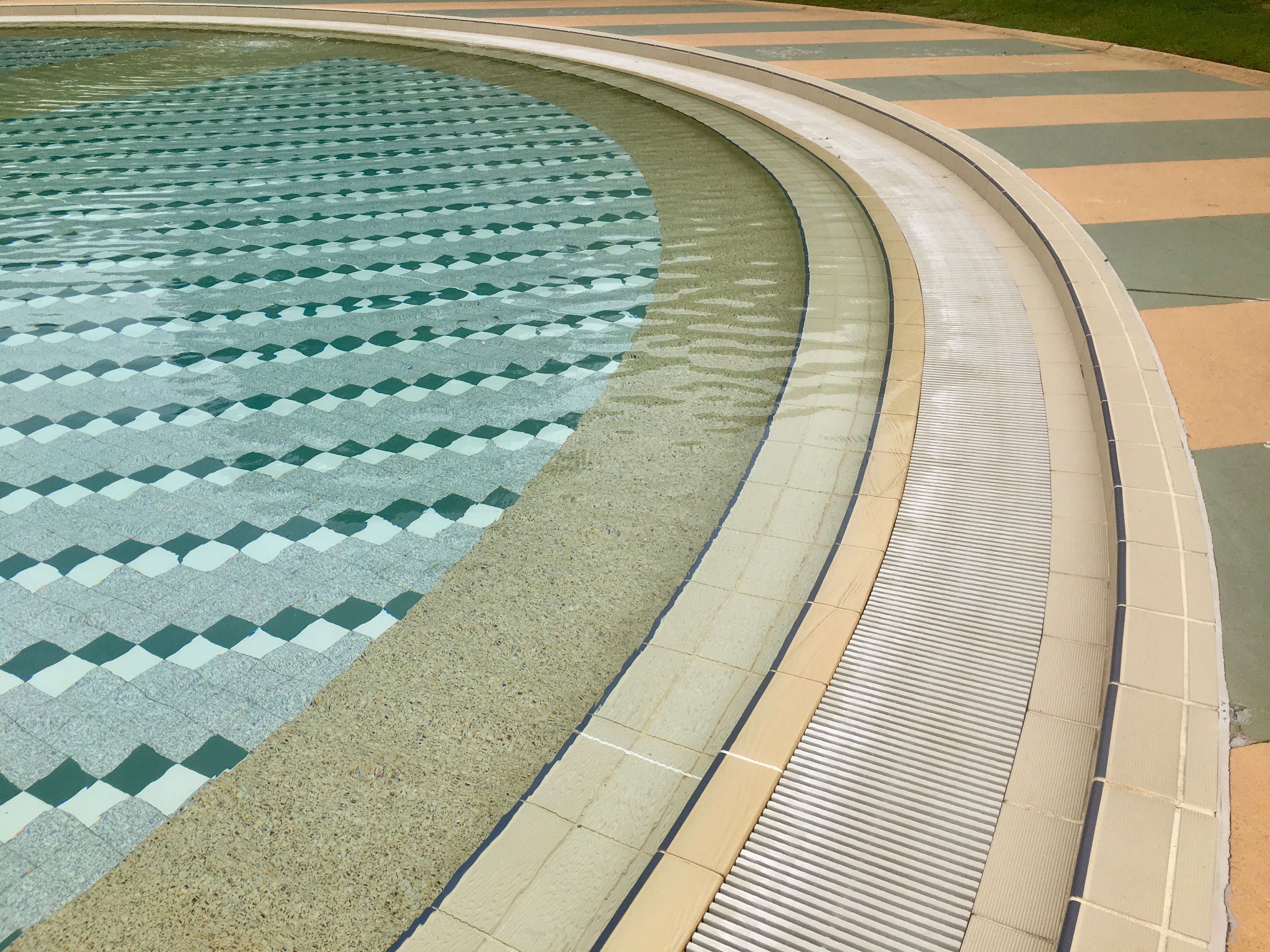 Tiles, curves and schoolgirls and the last days of Parramatta Pool

Since I visited Parramatta War Memorial Pool last week and it closed forever on 31 March, I have been thinking about what was unique and special about this almost 58-year-old place.

First of all it was the tiles – beautiful, late 1950s, diamond-shaped ceramic tiles in the original wading pool. 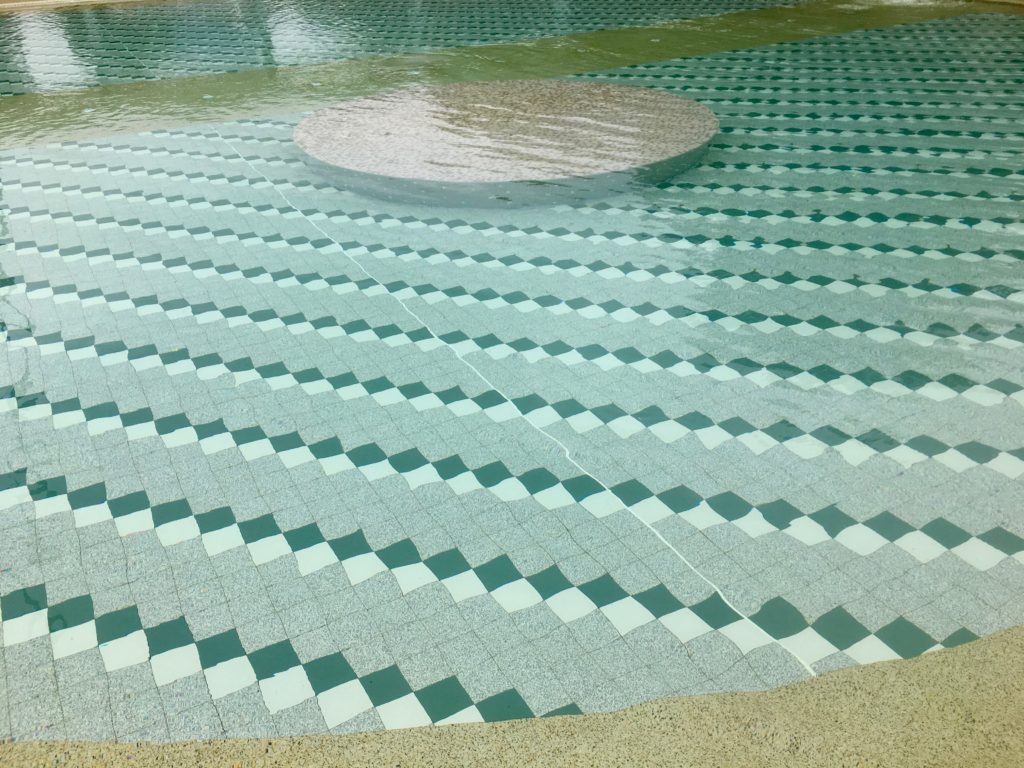 Small spearmint and purple-grey squares in raised circular areas in the same pool. 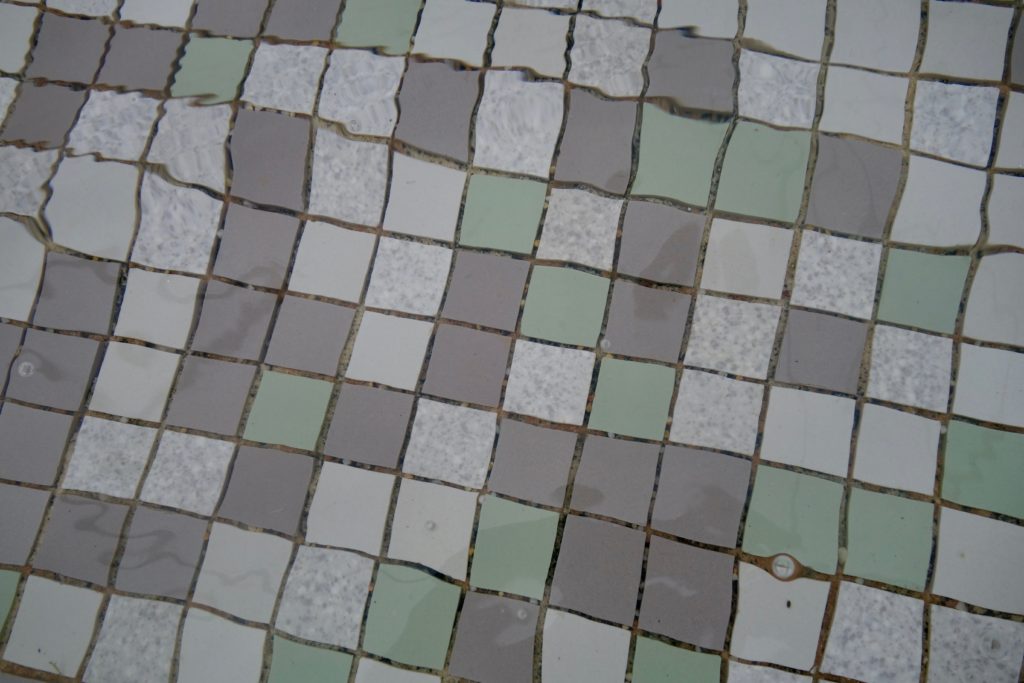 Red, white and grey in the Learn to Swim pool. 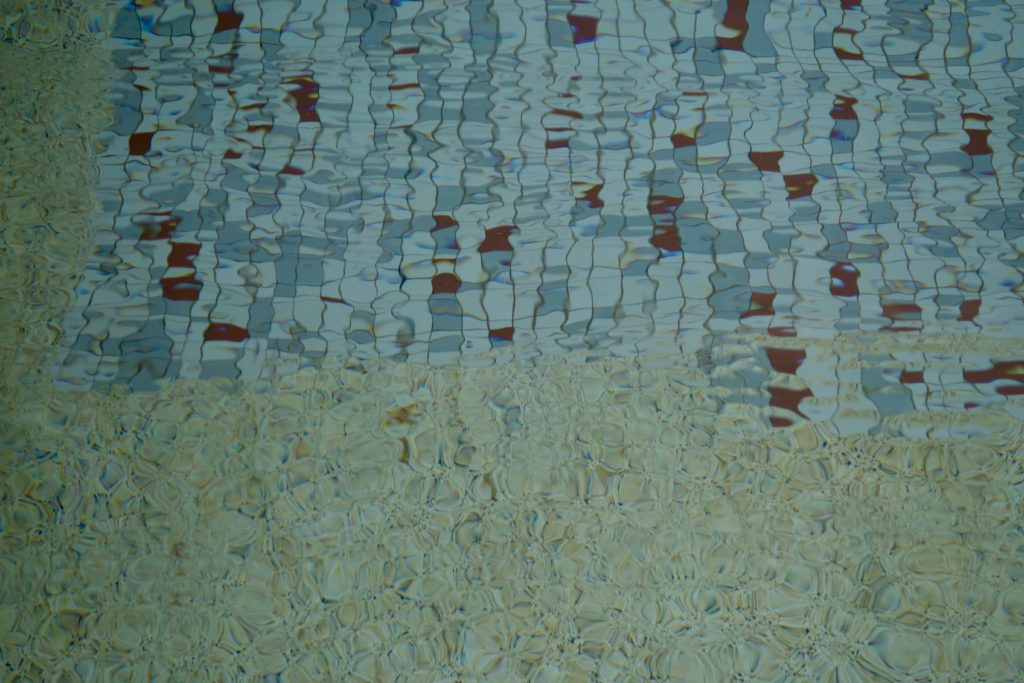 Black and white rectangular shapes in the diving and water polo pool. 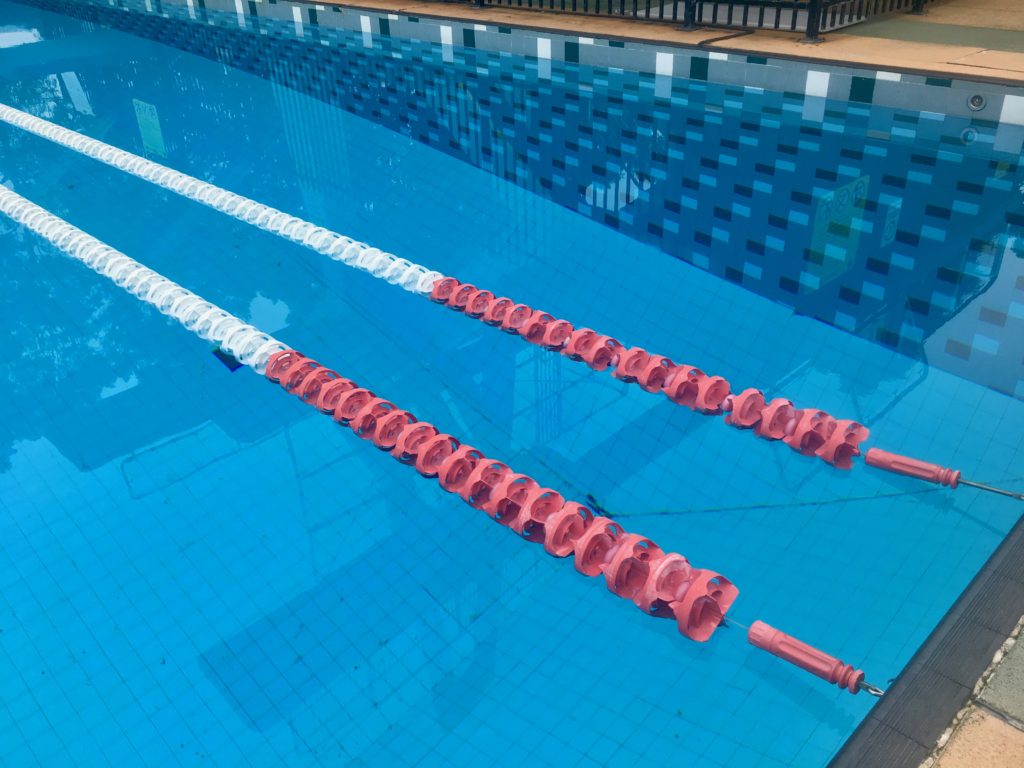 And more recent styles in shades of blue in the updated 50-metre pool. 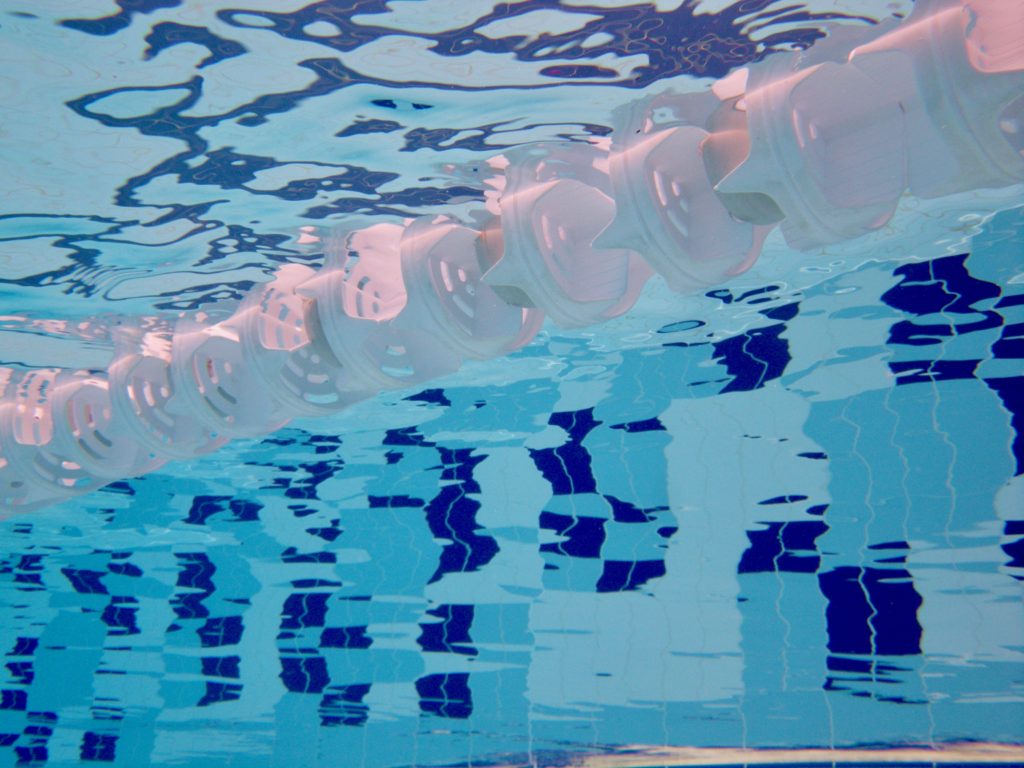 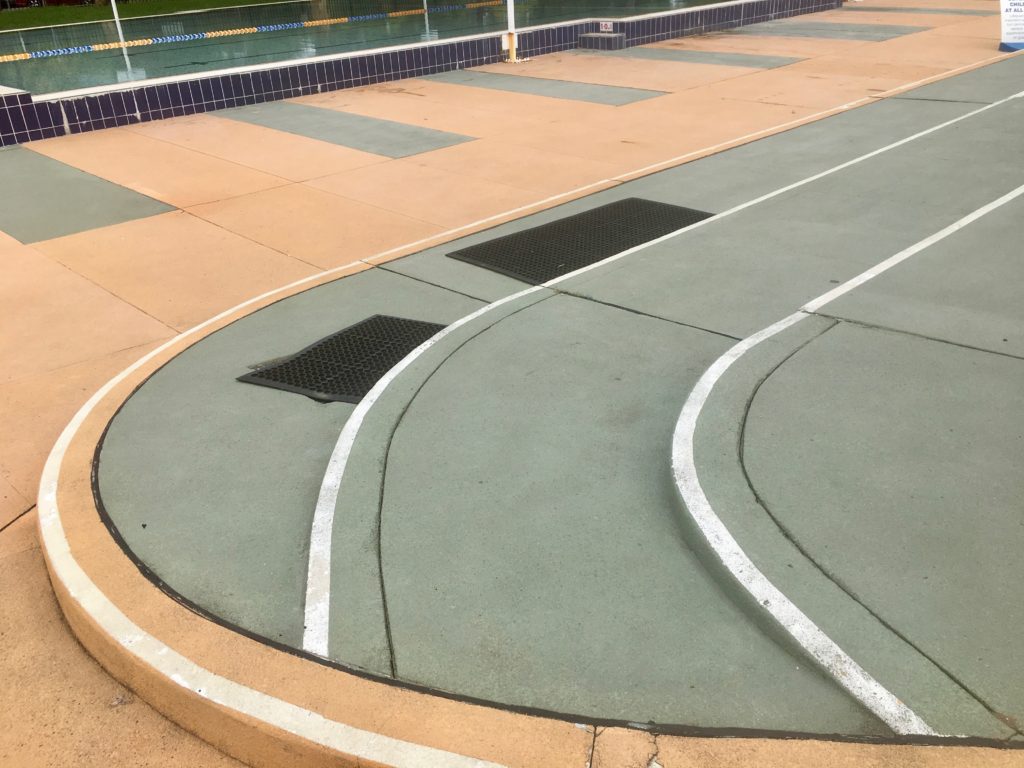 Above the seating and sweeping over the the top of the shallow pool. 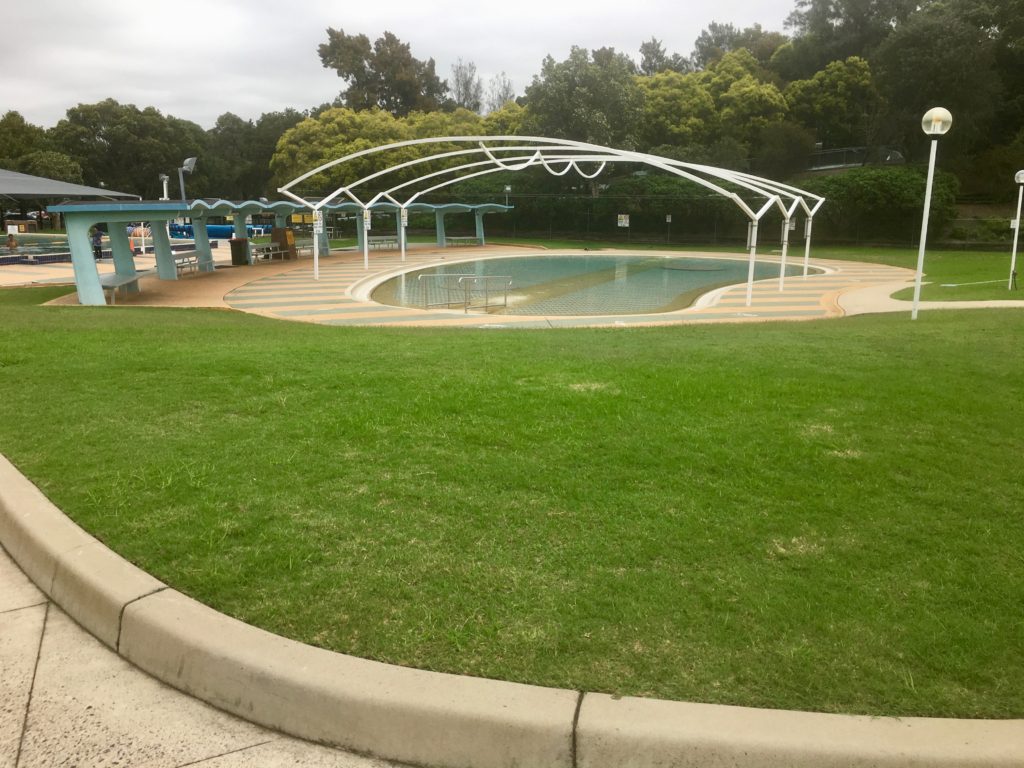 And along the edge of the amenities building, selling slushies, hot chips and pies. 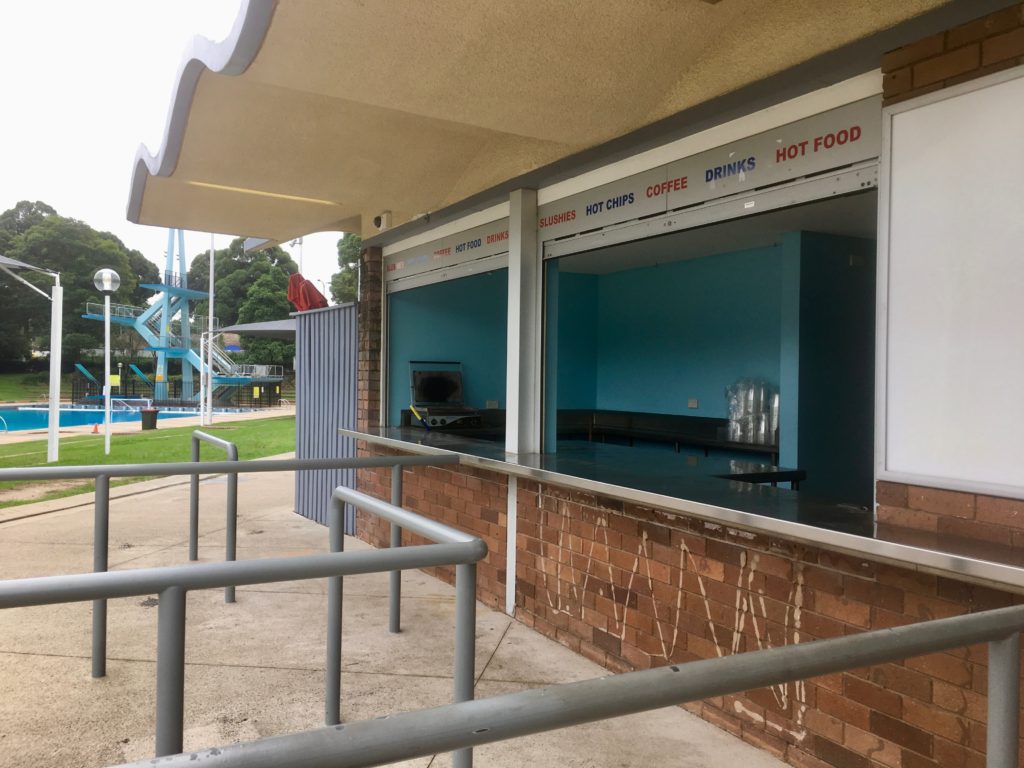 Then there were the girls – hordes of schoolgirls from Our Lady of Mercy (OLMC) College Parramatta, just down the road from the pool – practising elegant dives and sprinting the length of the 50-metre pool. 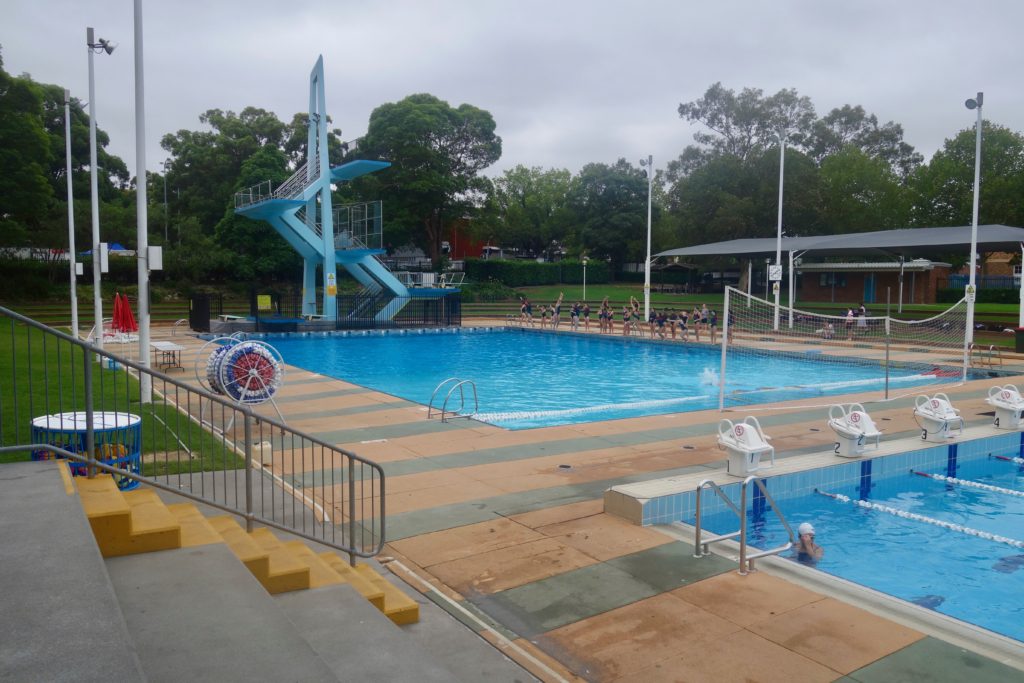 All morning they kept coming through the entrance in their striped tunics of green and red and as they did I thought of my friend Michelle, a former student, who said she still remembers that winning feeling when she took out the 50-metre backstroke title at a school carnival in the late 1970s – and how Parramatta Pool kick-started a swim habit that’s still going strong for her and many OLMC girls. 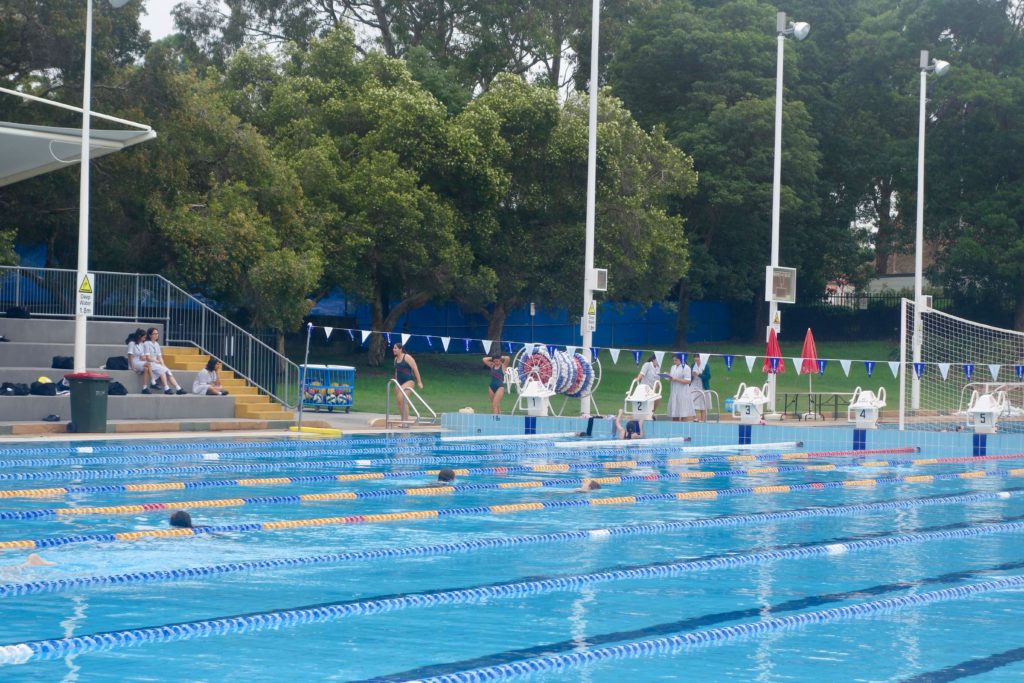 While an OLMC teacher I spoke to said she couldn’t officially comment on the closure, she said it was a lovely facility the school used often. “We haven’t quite figured out what we are going to do once it’s gone.”

Since the NSW Government announced more than 12 months ago that it was reclaiming the pool land for a new football stadium, OLMC College and other local schools have been involved in rallies and meetings to try and turn that decision around. 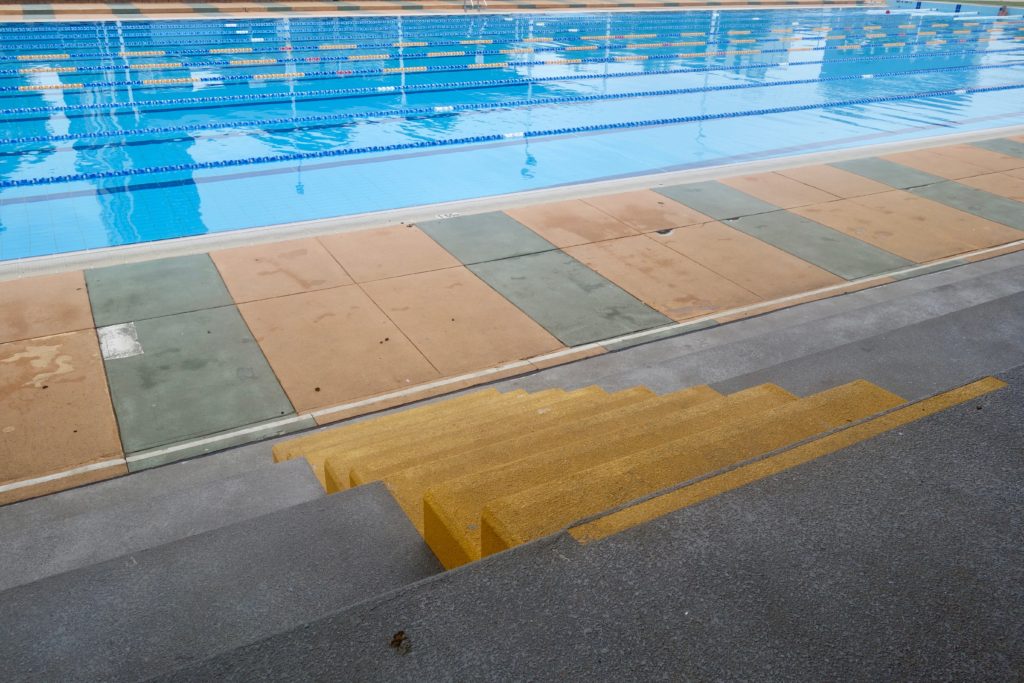 Sister Catherine Ryan, the leader of the Parramatta Mercy Sisters, the founders of OLMC, made a submission to the State Government expressing concern that the decision was made without consulting the general community. 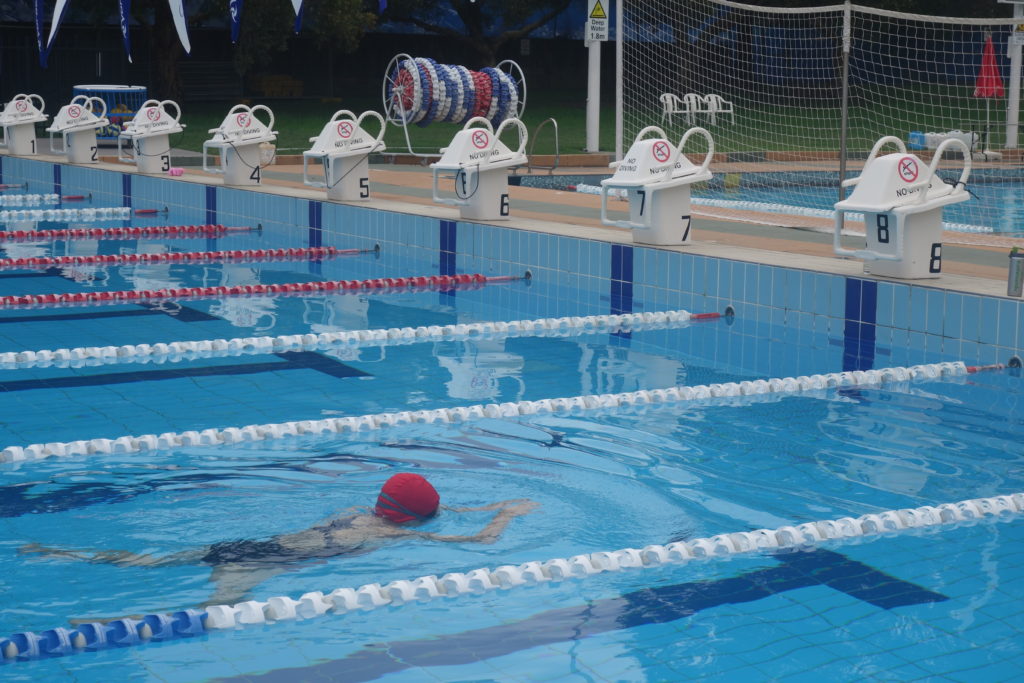 “We believe that such a public facility available for use by the whole community including local schools and clubs should not be sacrificed to the interests of football and private developers,” Sister Catherine said. 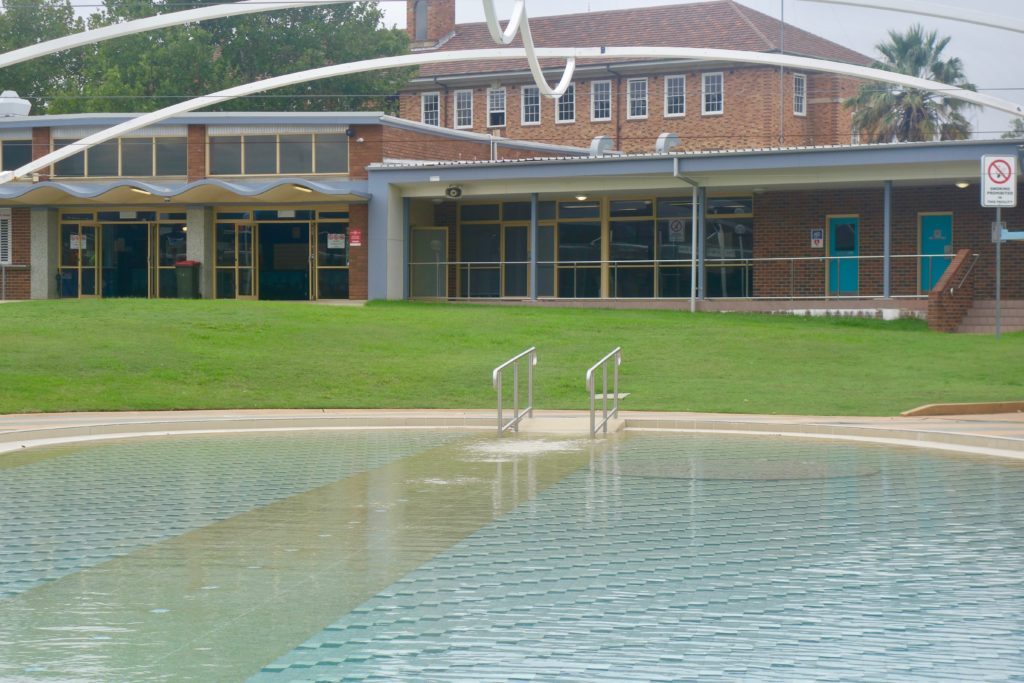 She also expressed concern for the heritage precinct of North Parramatta and at the end of her submission quoted Pope Francis from his document Laudato Si: On Care for Our Common Home: “It’s not a matter of tearing down and building new cities, supposedly more respectful of the environment yet not always more attractive to live in. Rather, there is a need to incorporate the history, culture and architecture of each place, thus preserving its original identity. Ecology, then, also involves protecting the cultural treasures of humanity in the broadest sense.” 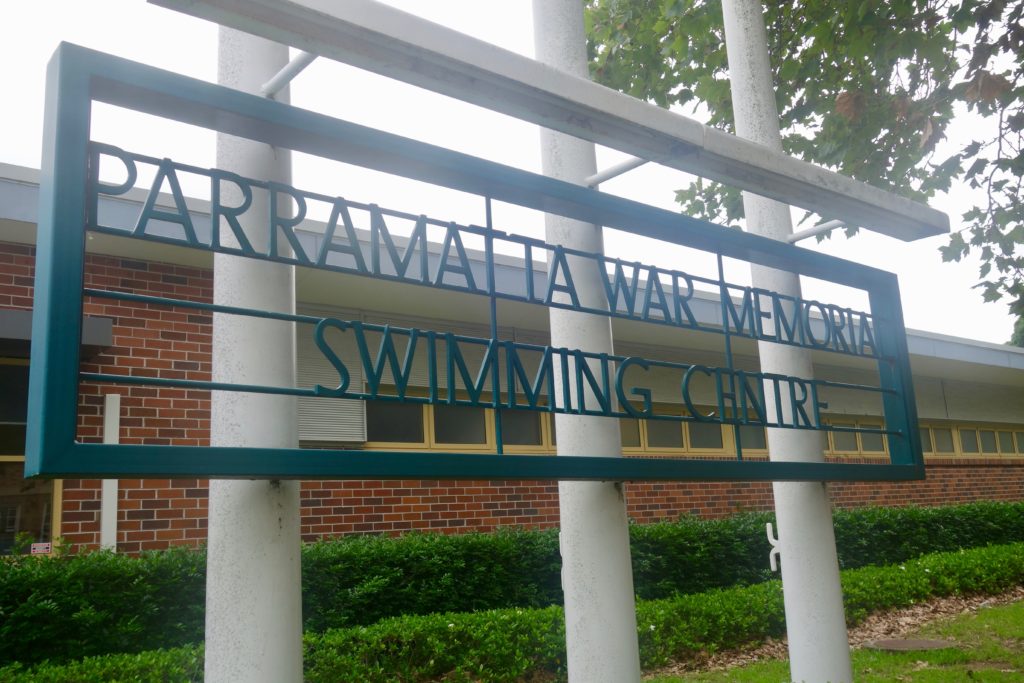 Near the 50-metre pool, I met a number of swimmers taking advantage of the free seniors day, who were all very sad it was closing. Mrs Chen and Mrs Wong, who asked me to take their photo so they had a pictorial memory of the pool – wondered where they were going to swim when it was gone. 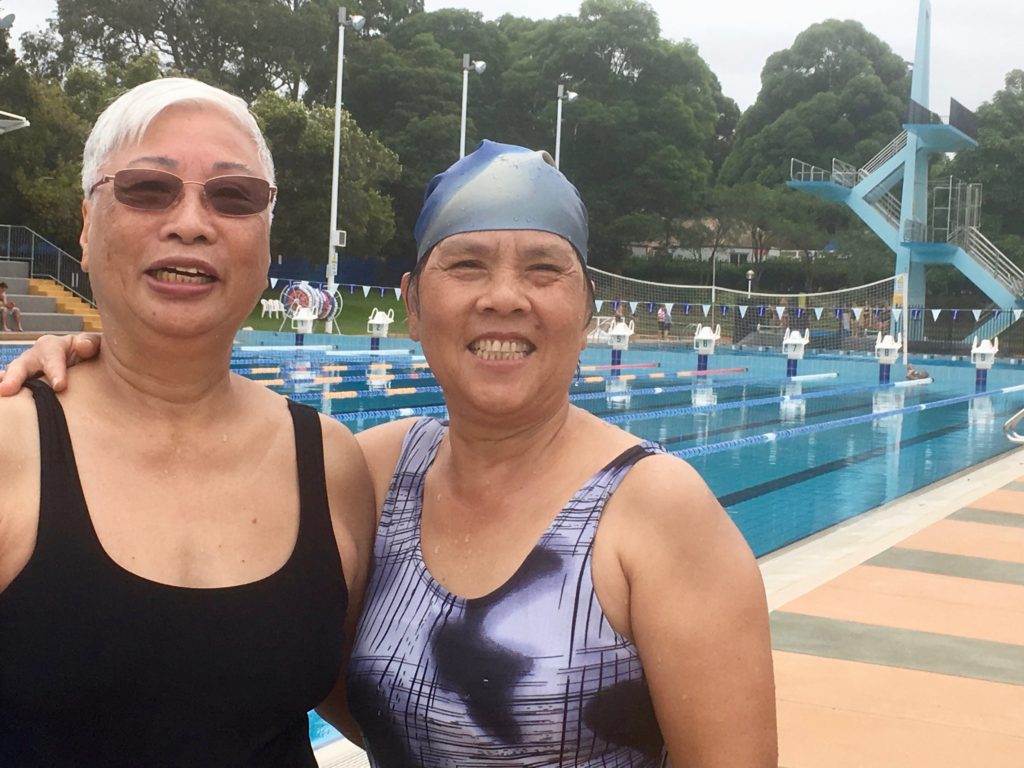 They kept asking in their broken English why it had to go and all I could say was the new stadium. “Very sad,” they said. 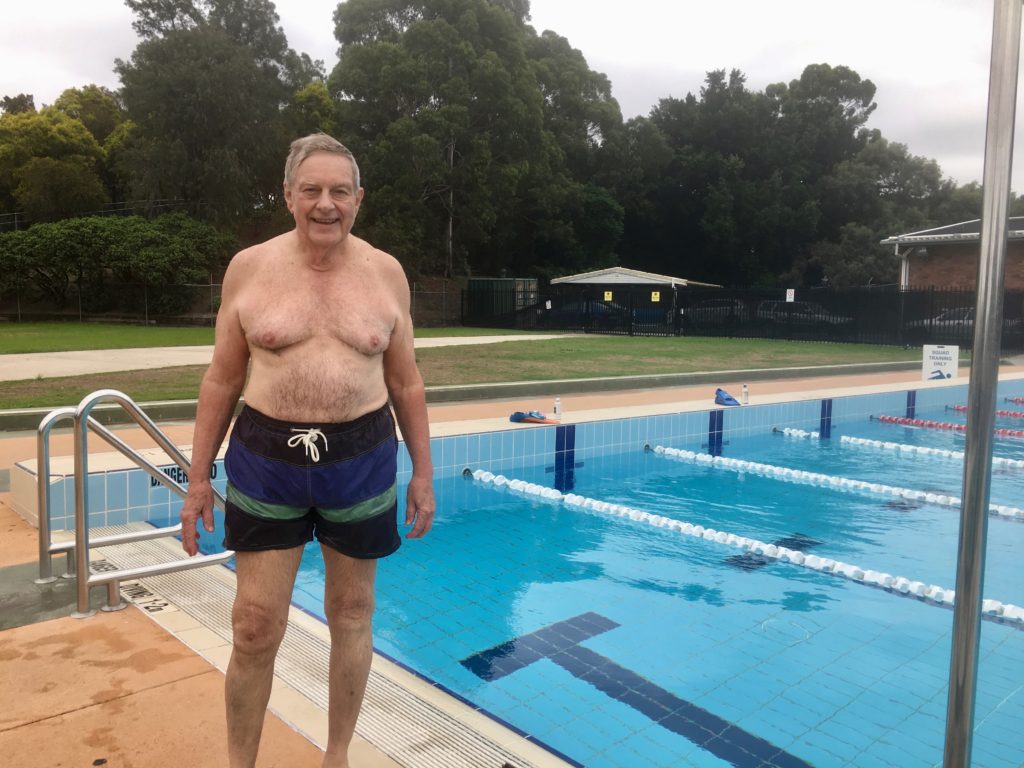 GP Jim Harwood, who was also keen to record some final images, said it was particularly bad timing to get rid of the pool when there was so much high rise development in the area. He said the centre had emotional benefits as well as physical because of the trees and space around the pools, which created a relaxing ambience much-needed these days with our fast-paced, big city lives. 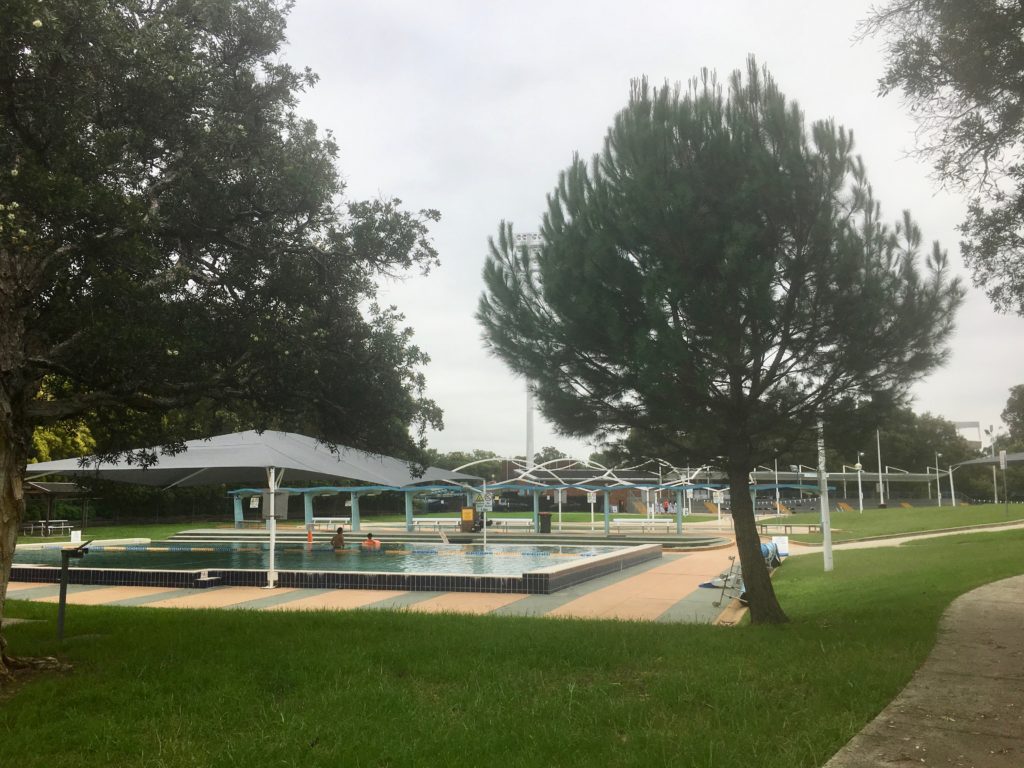 “Any new complex they build will be more compact than this and won’t have the open space, where people can relax as well as exercise,” said Jim. He said a fellow local GP was so upset about the closure, he couldn’t even speak about it. 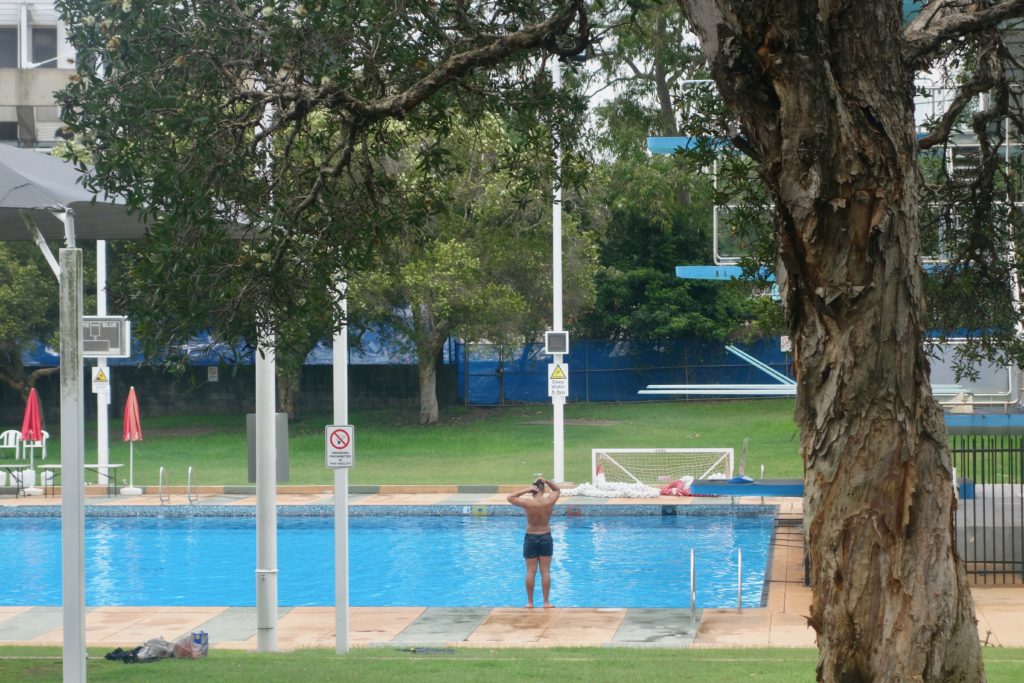 When I’d finished taking photos of Jim, Mrs Chen and Mrs Wong, and I’d done my regulation 20 laps, I sat in the grandstand, named in honour of Kevin Hession, a member of Parramatta Memorial Swimming Club since it began in 1964, who has taught thousands to swim. 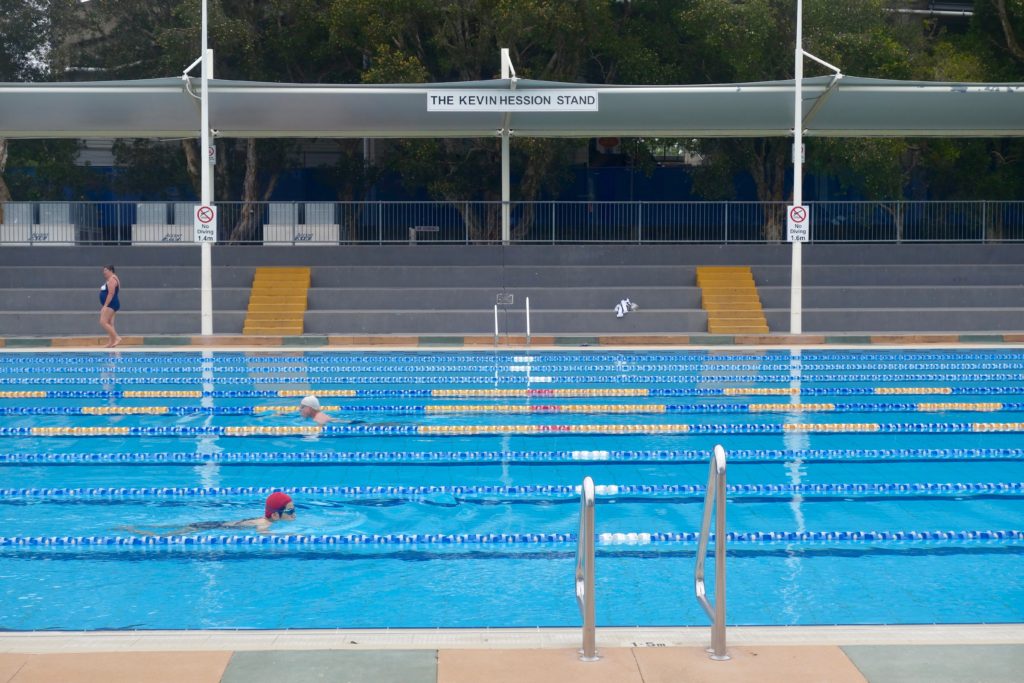 I watched people from all different nationalities wander in and enjoy a swim in the Olympic-sized pool renovated less than 10 years ago. When lunch time arrived, office workers increased the numbers in the very wide, 10-lane pool. Other patrons played with their children in the Learn to Swim pool and a group of mothers with babies sat on picnic rugs under the paperbark trees. 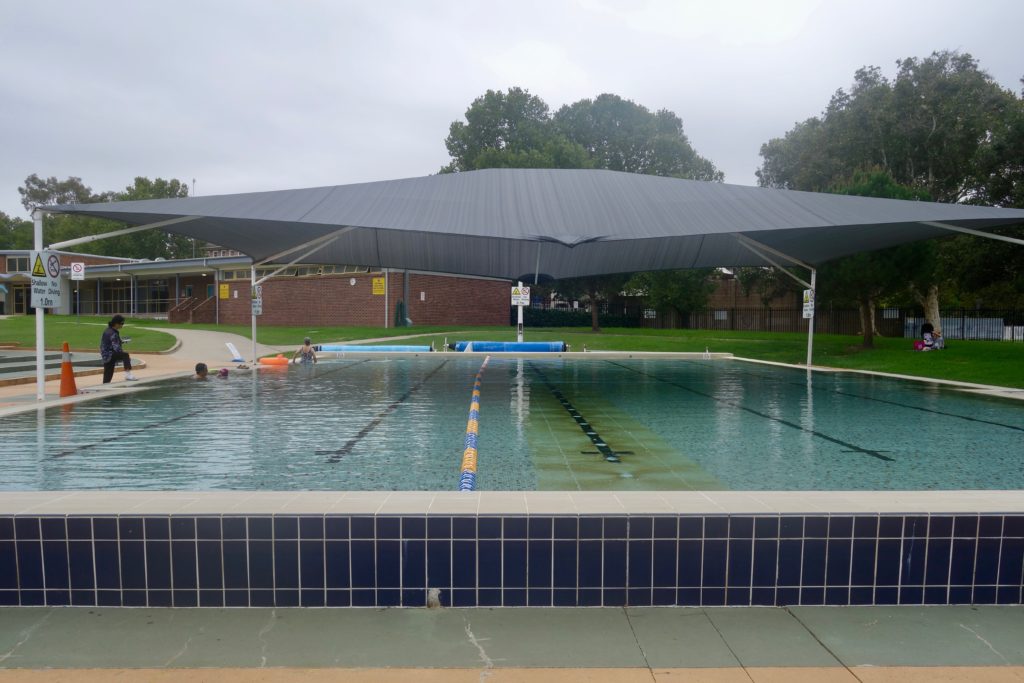 Before I left, I did another circuit around the spacious complex with its brick, terraced grounds. 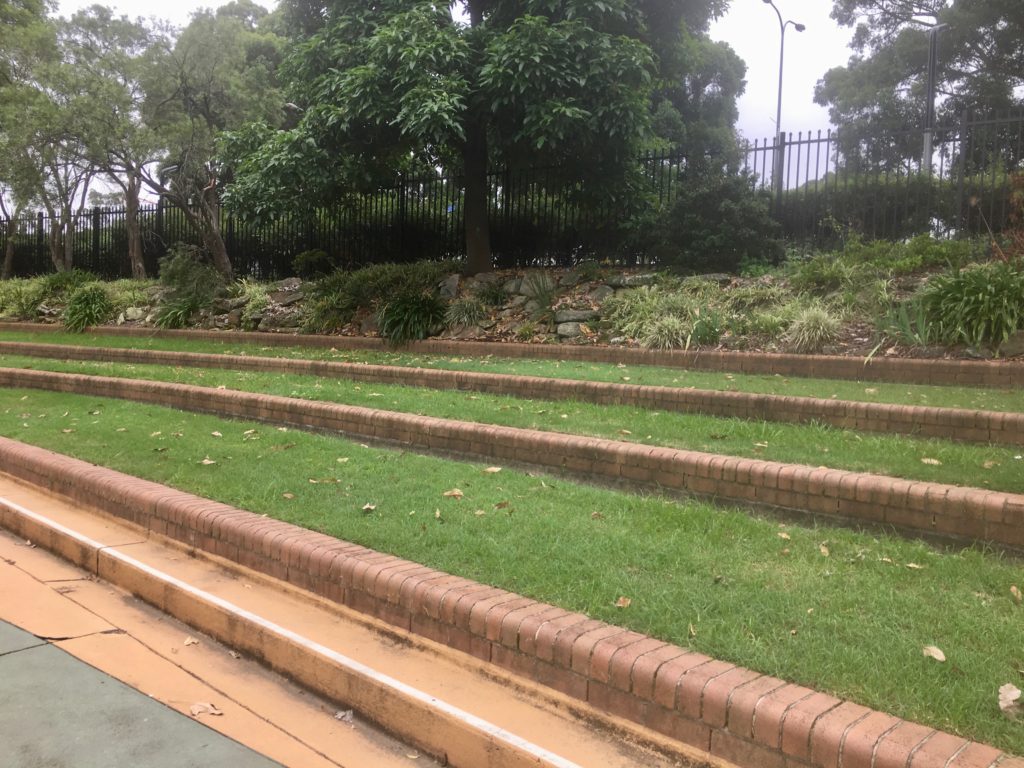 I walked around the rocket-like diving tower, the scene of many daring exploits over the past nearly 60 years. 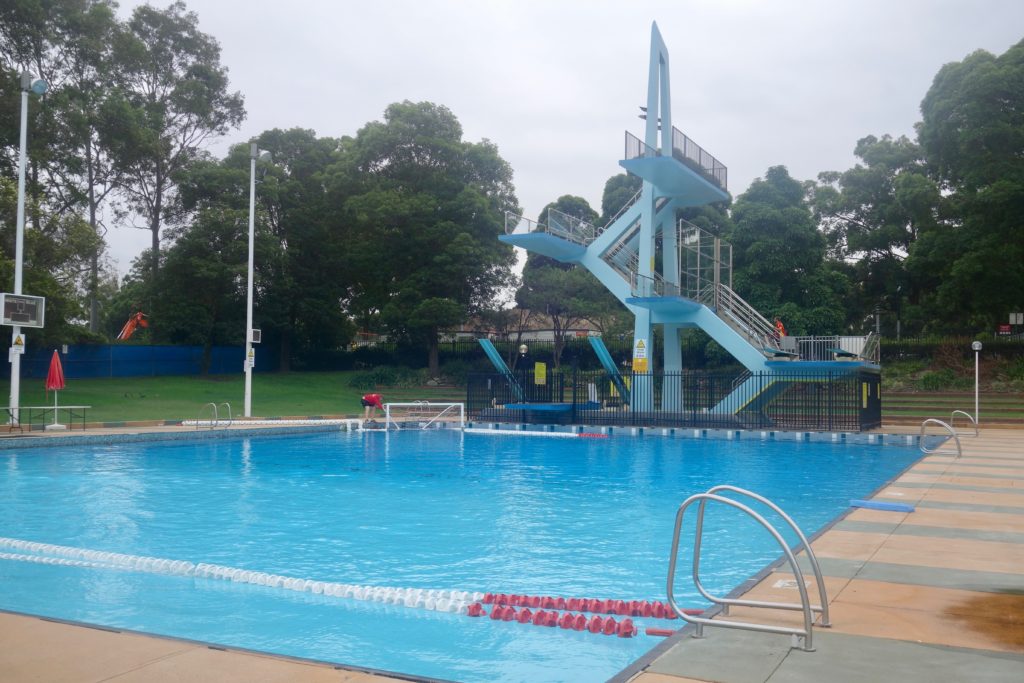 And across the concrete, coloured in wide stripes of gold and grey-green where a family of ducks was about to jump in for a swim. 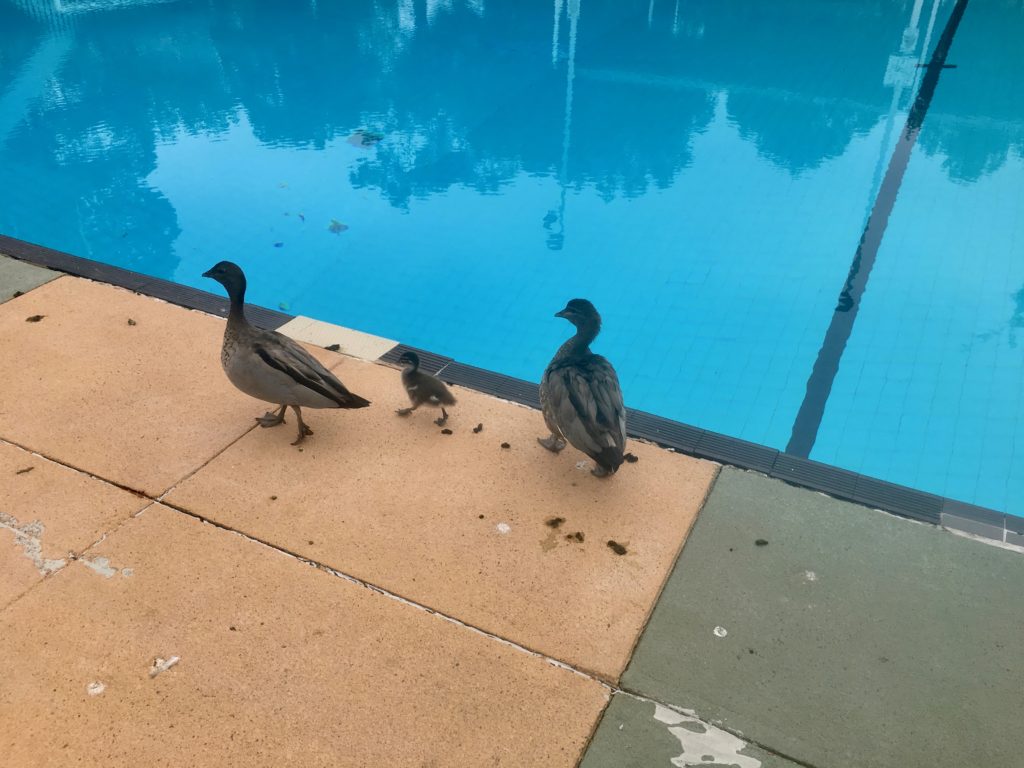 As I finished my circumnavigation, I thought of all the stories that could be told about this place like Gary and Ruth Carter, who fell in love at the pool as teenagers in the 1960s, and returned for the final pool party on the evening of 31 March. 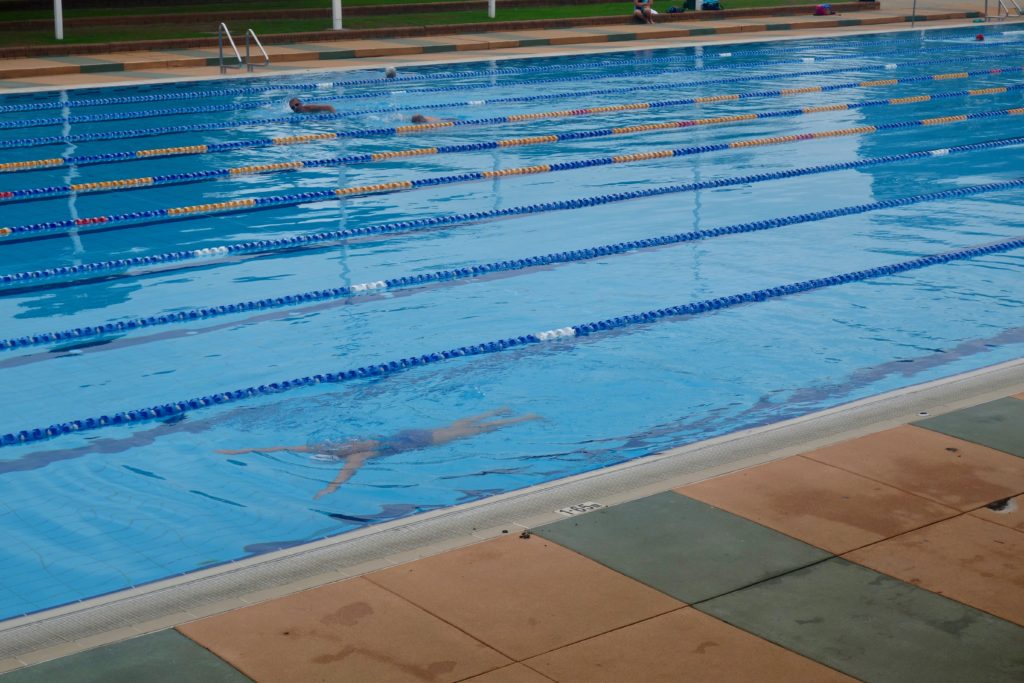 In the foyer, I took photos of the plaque from the opening day on 24 October 1959 and one marking the upgrading of the pool in 2008. 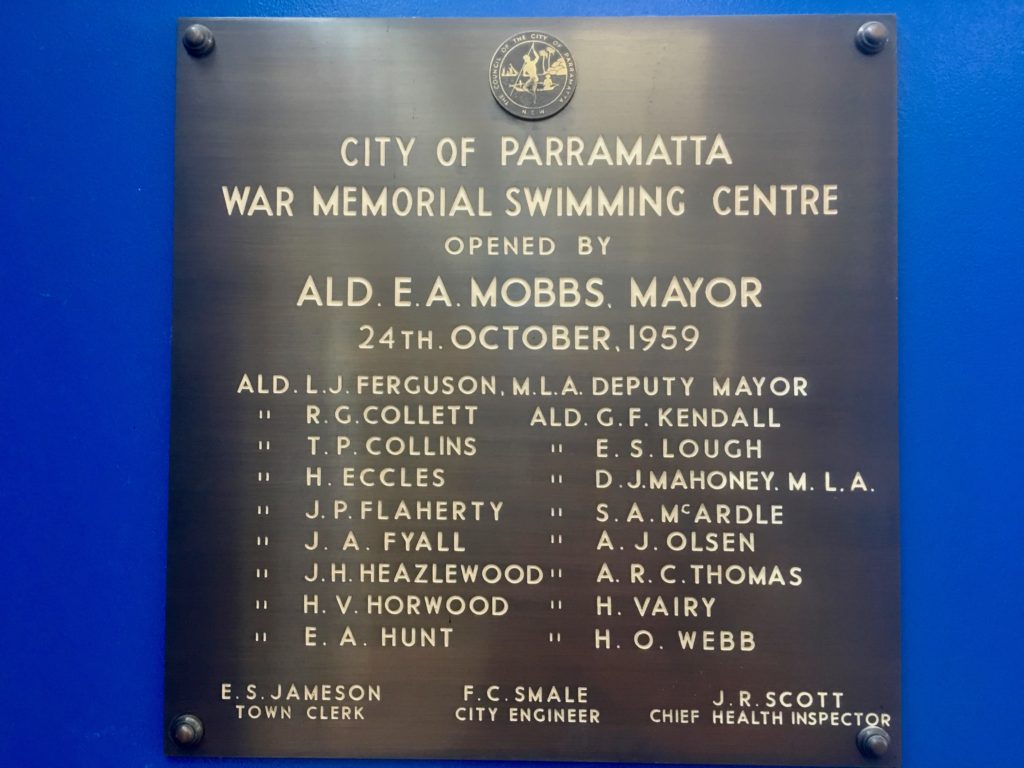 When I walked out of the complex for the first and last time, I hoped not everything would be lost with the demolition – and perhaps a few of the original tiles might be part of a future Parramatta pool. 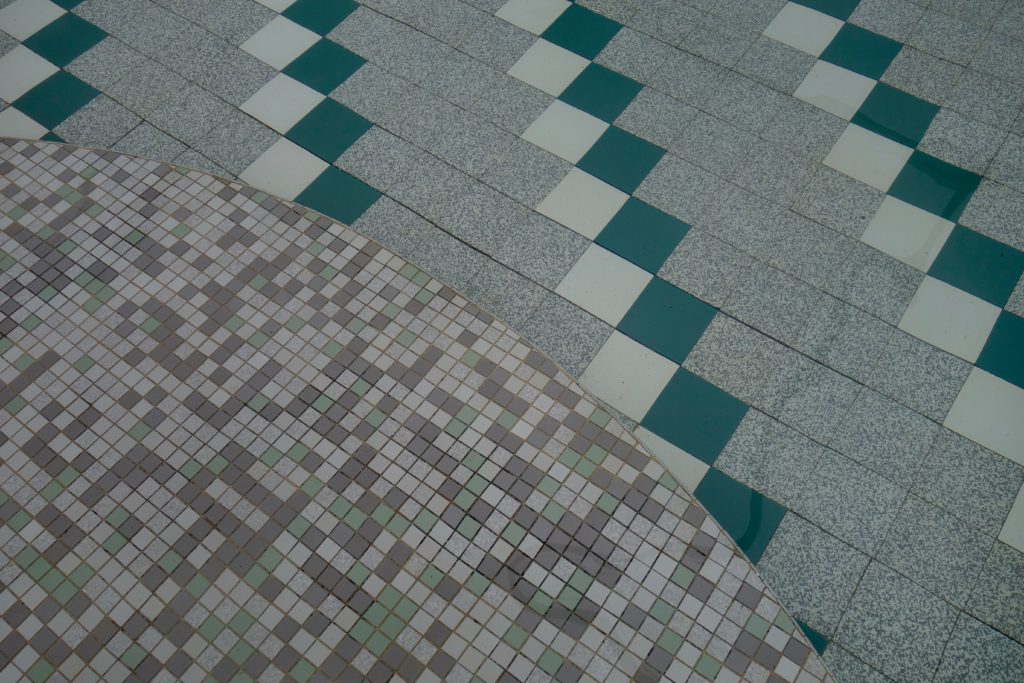 For more information on the decision to close the pool, see my earlier post: Last drinks for Parramatta War Memorial Pool.