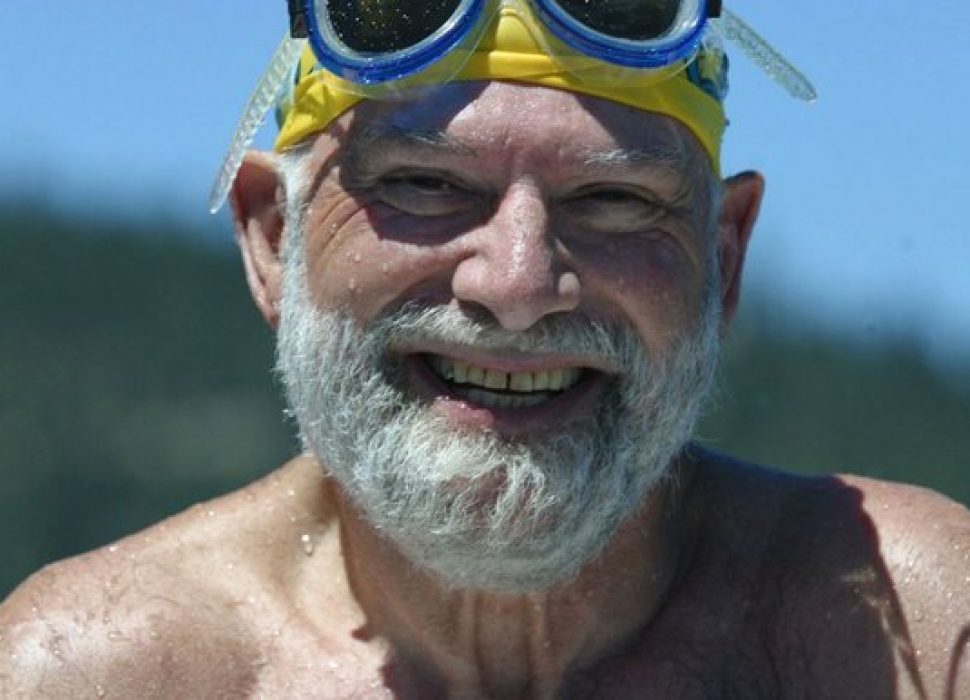 When I heard on Sunday that author and neurologist Oliver Sacks had died, I rummaged through my files for a letter I’d received from him more than 15 years ago. At the time I was writing a story about my love of swimming and had contacted him via his publisher when I discovered he had a similar passion.

My correspondence to other author-swimmers remained unanswered or their publishers wrote saying they were too busy to respond. But Oliver Sacks made the time to reply, something I have been very grateful for ever since. Yesterday when I found his letter I remembered how excited I felt when I retrieved it from my mailbox. 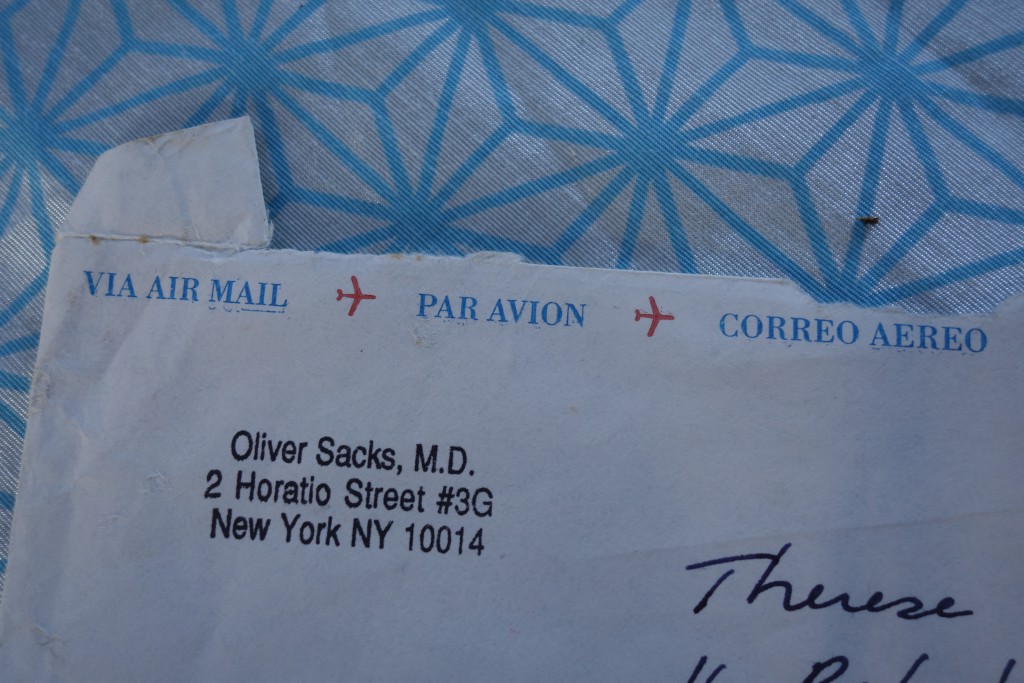 I couldn’t wait to get inside and open it and when I did I found a typed response on Oliver Sacks, M.D. letterhead and a photocopy of a story he’d written in The New Yorker, May 26, 1997. 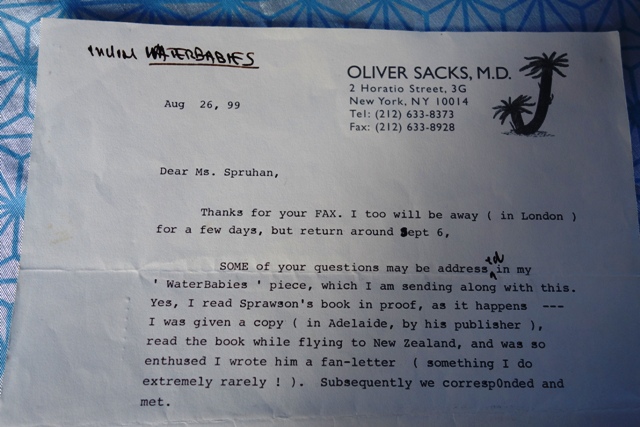 In the letter he said he couldn’t easily say why he enjoyed swimming so much: “I suspect therefore the reasons are complex and deep, or perhaps too primal to put into words. Nothing else affects me in the same way. 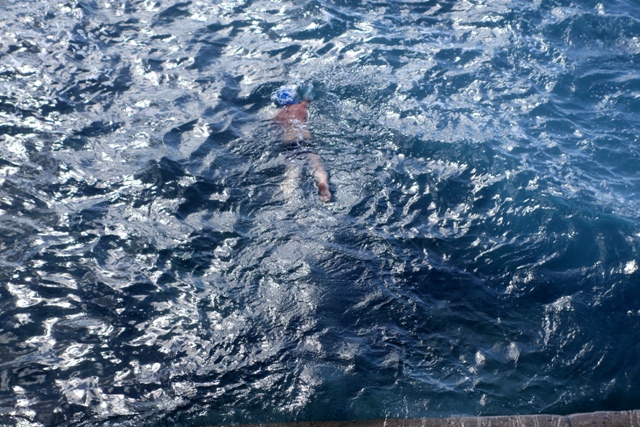 “Sometimes swimming totally occupies and clears my mind (of everything else, from the worries of the day to whatever I’m thinking on), and I can then return to thinking/writing with a sense of refreshment; but occasionally I ‘write’ as I swim, paragraphs swimming to my consciousness as I swim…” 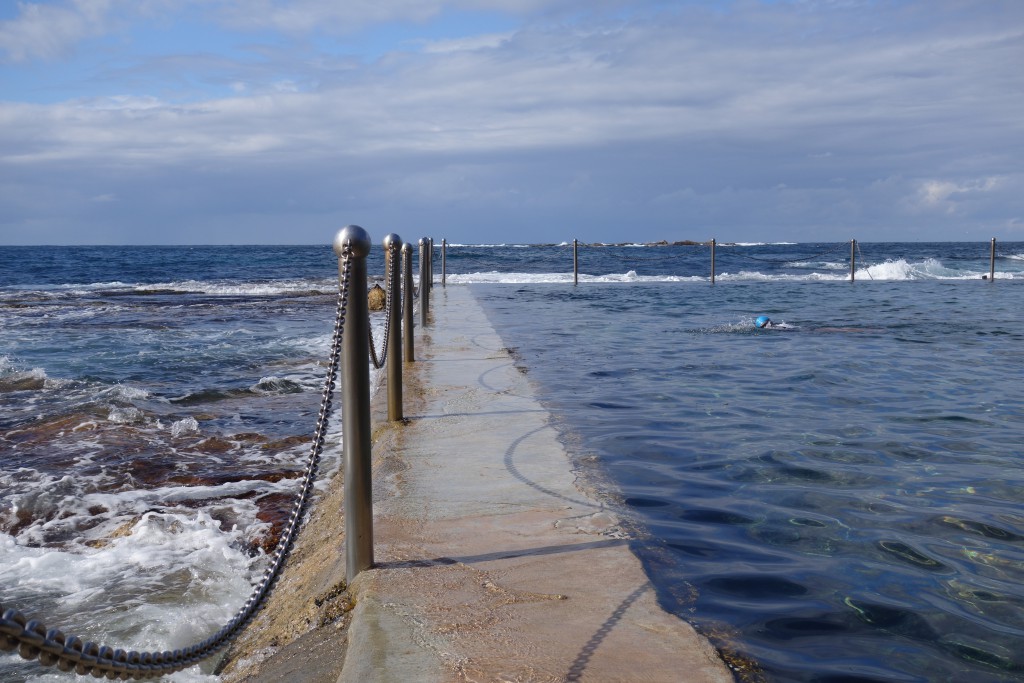 He said he had many favourite swimming places from the seawater pools and beaches round Sydney to the lakes in New York State or New England, as well as the coral reefs of the Great Barrier Reef.

And then I moved on to the article he’d attached called Water Babies, Why I love to swim, in which  he talks about his happy memories as a child in the water with his swimming-loving Dad. 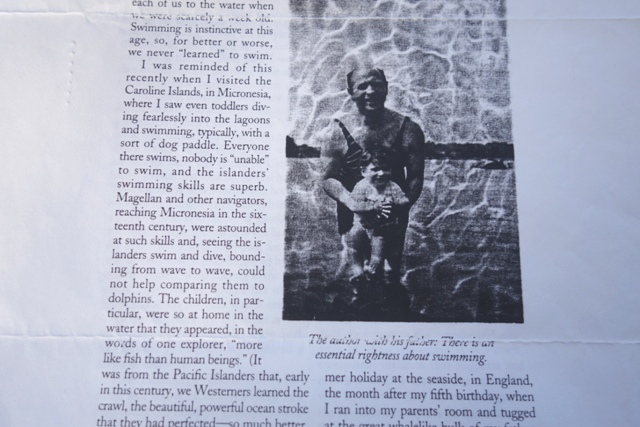 You can read the full article here but in honour of Oliver Sacks’ rich swimming life I’ve lifted a few excerpts, some of which are very funny and illustrate the depth of his passion for water! 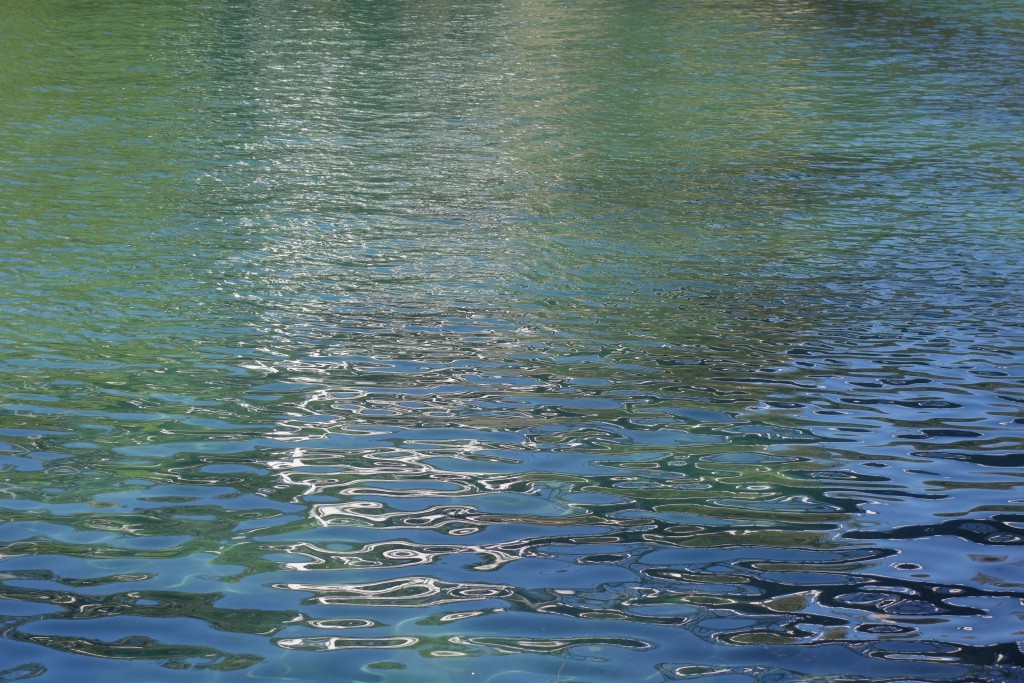 When he moved from England to New York in the mid-sixties, he started to swim at Orchard Beach, in the Bronx, and would sometimes make the circuit of City Island, a swim that took him several hours, and on one occasion involved a diversion to buy a house:

“I had stopped about halfway around to look at a charming gazebo by the water’s edge, got out and strolled up the street, saw a little red house for sale, was shown around it (still dripping) by the puzzled owners, walked along to the real estate and convinced her of my interest (she was not used to customers in swim trunks), re-entered the water on the other side of the island and swam back to Orchard Beach, having acquired a house mid-swim.”

While swimming at Lake Jefferson, upstate New York, he wrote most of A Leg to Stand on, as he said theories and stories would construct themselves in his mind as he swam to and fro, or round and round Lake Jeff. “Sentences and paragraphs would write themselves in my mind, and at such times I would have to come to shore every so often to discharge them…every half hour or so, drippingly, on to paper.”

At Mount Vernon Y Pool in Westchester County NY, he was the Top Distance Swimmer in 1976-77, swimming 500 lengths, the equivalent to six miles. “I would have continued but the judges said, ‘Enough! Please go home’.”

He ends ‘Water Babies’ remembering his father who he says called swimming ‘the elixir of life’, and hoped he could follow him and swim till he died. So I was pleased to read a tweet saying he spent his final days doing what he loved – playing the piano, writing to friends, swimming, and enjoying smoked salmon! Vale Oliver Sacks, 1933-2015.