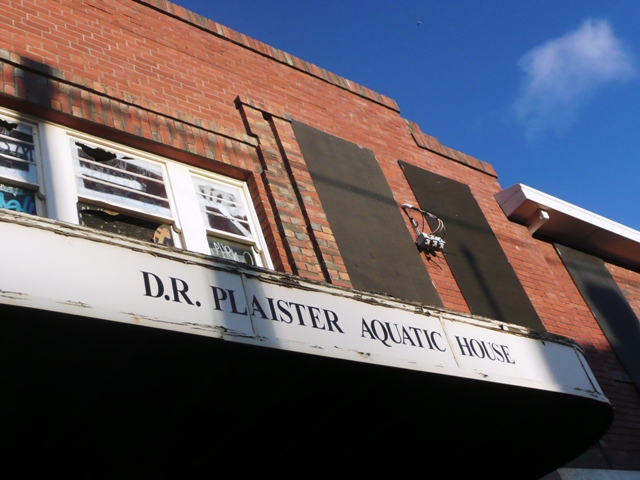 When I wrote a story on Hobart’s Douglas Plaister Aquatic House nearly two years it was earmarked for redevelopment into apartments and shops.

Damien Peck, a Hobart-based photographer reports there has been no progress with the redevelopment. The centre remains in a state of disrepair as it has been since it was closed more than 10 years ago. Damien recently spent a couple of hours taking photos at the aquatic house, which you can check out on his Facebook page or on flickr. 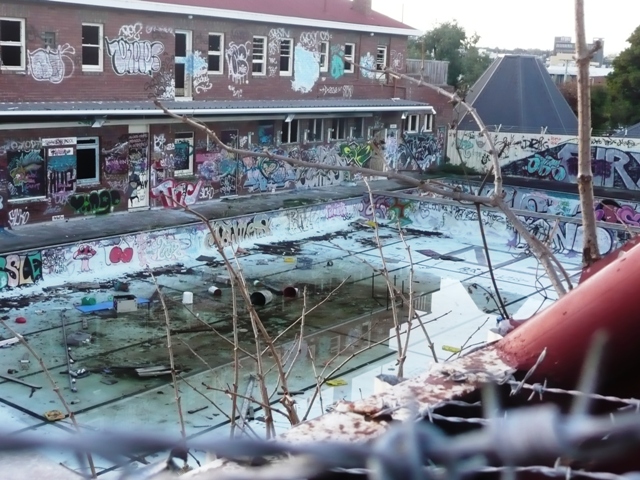 Opened in 1938, the two-pool complex was originally called the Hobart Tepid Baths. In 1991 it was renamed after Douglas Plaister, who ran the swimming program at the pool and lived on site for a period of time. He was also Mayor of Hobart from 1976 to 1984.  For many years the Department of Education conducted its swimming program at the pool and thousands of Tasmanians learnt to swim there.