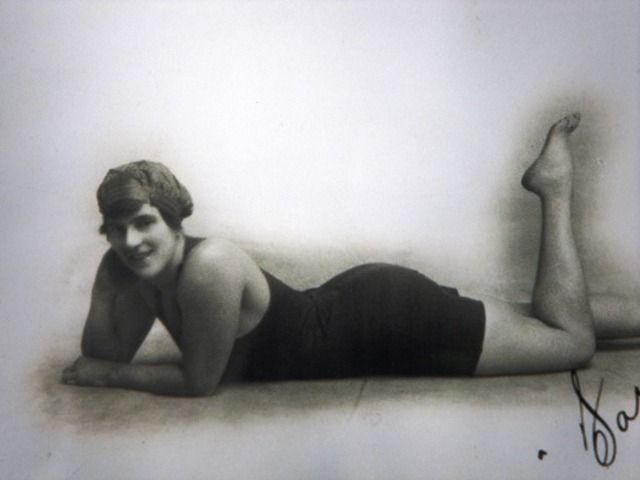 Last Sunday I was asked if I would dress up as Fanny Durack and swim in the Cooks River.  I didn’t mind the idea of being Fanny for an hour or two although the woolly swim suit she wore back in 1912 at the Stockholm Olympics was not very attractive. But the idea of swimming in the Cooks River did not appeal.

The request came from members of the Cooks River Valley Association, who are campaigning to clean up the inner-Sydney river.  One of their goals is to rehabilitate the polluted waterway so that at least one area is suitable for swimming. In 1916 Fanny Durack gave an exhibition of swimming in the river at the Illawarra Road bridge. Her display was part of a Venetian Carnival held to raise funds for the Australian New Zealand Army Corps (ANZAC). Dawn Fraser’s coach Harry Gallagher also swam in the river, which he writes about in his autobiography, Memoir of a Fox. 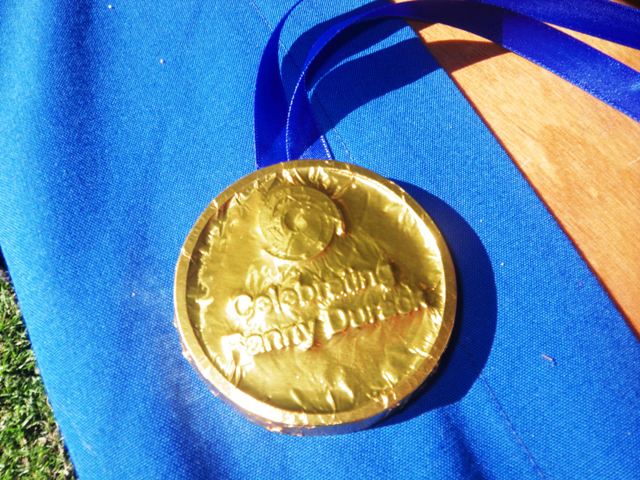 Members of the Cooks River Valley Association and the Marrickville Heritage Society were out in force at a Marrickville Council picnic in honour of Fanny Durack in Petersham Park last Sunday. The gathering celebrated 100 years since the one-time Marrickville and Stanmore resident became the first Australian female to win an Olympic gold medal. She achieved the feat in the 110 yards freestyle at the 1912 Stockholm Games.  Fellow Australian Mina Wylie came second. Mina’s father started the famous Wylie’s Baths at Coogee.

On the eve of the London Olympics Fanny would have been impressed with the turn-out of locals gathering near the pool named in her honour. There was a  great atmosphere at the event with photos and information on Fanny’s life story, centenary gold medals, an old-style gramophone man, a sausage sizzle and games and activities for the young and young at heart. 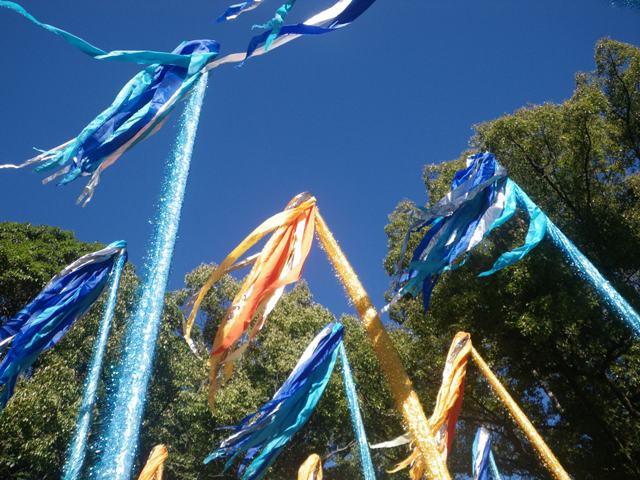 And just back to that request to don the cossie of F. Durack and swim in the dirty old Cooks. Well, I wasn’t needed till 2014 and there is one other candidate willing to take on the role. Stay tuned.
Tweet