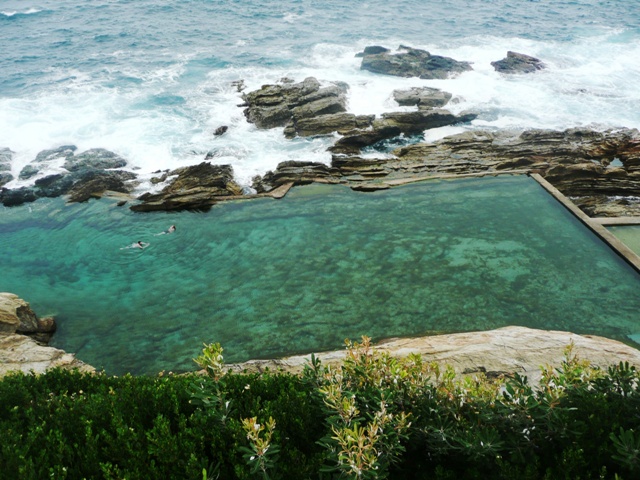 Pushed for time and with the weather cool I wasn’t going to swim in Bermagui’s Blue Pool.  But when I saw it from the lookout above, I knew I wouldn’t be able to resist.

Diving into the bluey-green pool I felt like I was entering an exotic cave like the Grotto Azzurra (Blue Grotto) on Italy’s Isle of Capri. I have never been to the Blue Grotto but I have a vivid memory of Jackie Kennedy Onassis being rowed in to the cave from photos in The Australia Women’s Weekly in the late 1960s and early 70s.

I remember studying the photos and being very attracted to the intense blue water inside the grotto and the mysteriousness and glamour of the place.  At the Blue Pool on the NSW south coast I was taken back to those images. 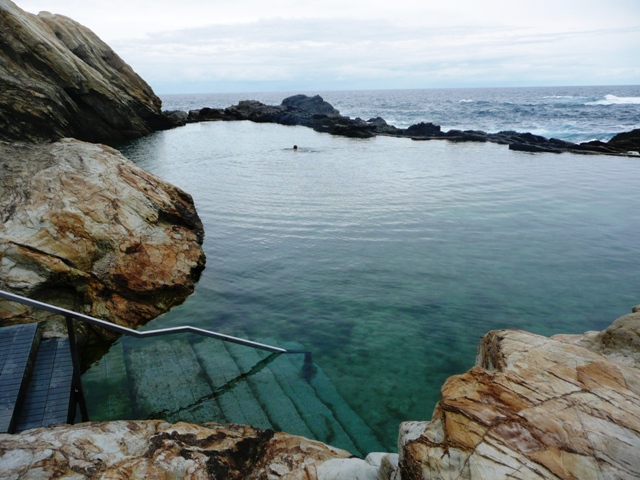 Despite being enlarged to twice its original size in the late 1930s, this rustic pool retains much of its natural rock pool charm. It curves around the ochre-coloured rock at the bottom of the cliff and its uneven bottom and sides are full of colourful marine life. 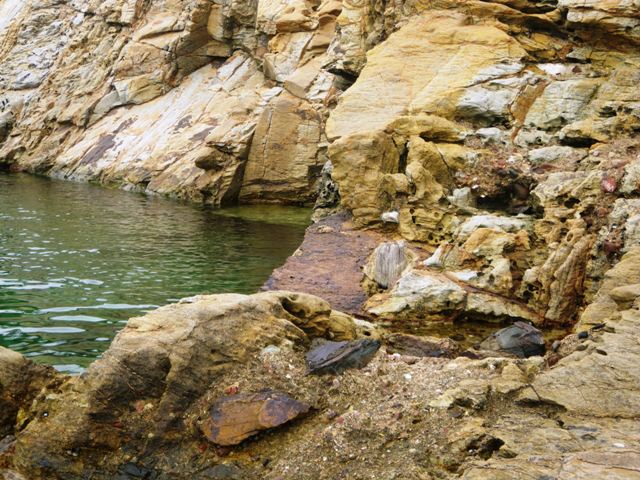 When I dived under I was lucky enough to spot a a nudibranch or two, which inhabit the pool.  In March this year as part of Bermagui’s Bioblitz a group of snorkellers explored the pool at dusk to identify the fauna that live there as the day turns into night. 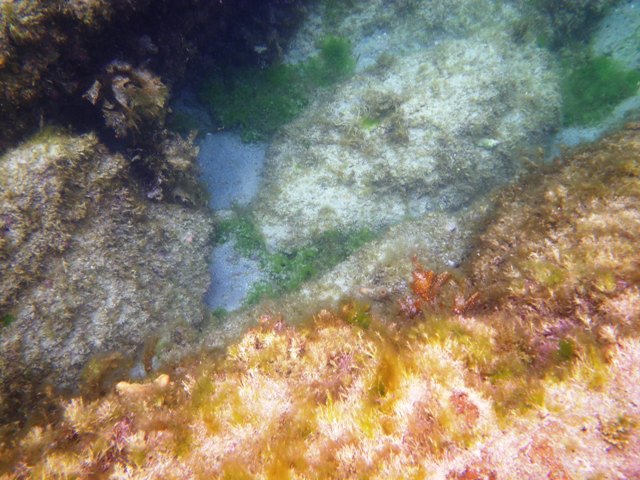 The key mover behind the pool’s development in the late 1930s was philanthropist Bill Dickinson. Mr Dickinson had relocated to Bermagui in 1935 in his early 60s. A visit to the town’s cemetery where he noticed many of the locals lived well into their 80s motivated his move. 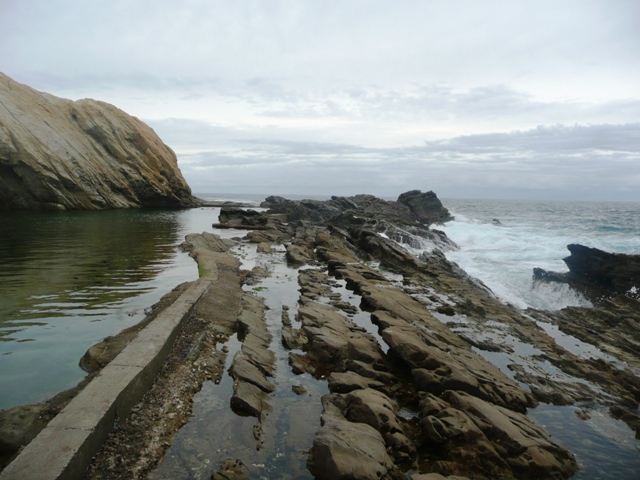 One of the many projects he initiated in the town, 378 kilometres south from Sydney, was to turn the Blue Hole as it was originally called into the Blue Pool.  With some financial support from the State Government and local fundraising, and by blasting the rock away with dynamite, the Blue Hole was enlarged into the Blue Pool.  Mr Dickinson paid for concrete steps to replace the steep dirt track that led down to the pool. He also funded concreting the adjoining children’s wading pool known as Little Blue Pool. 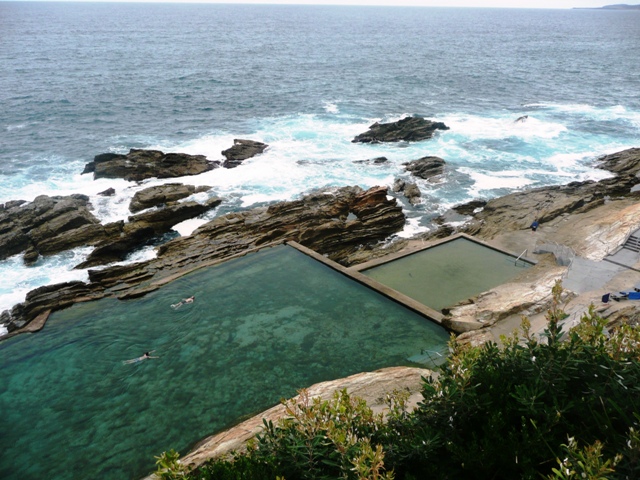 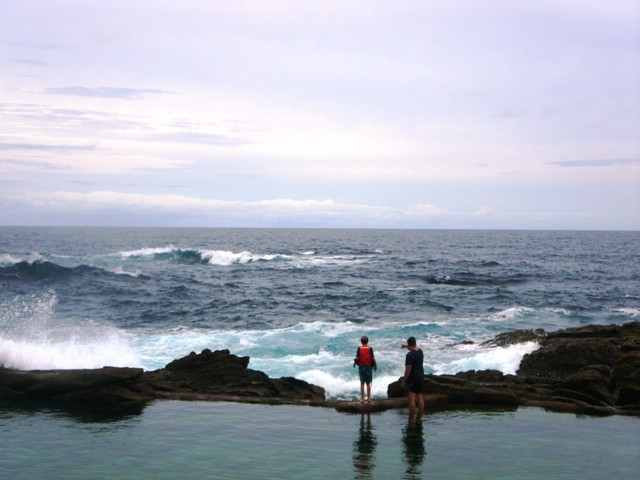 Bermagui’s Blue Pool is a beautiful spot to swim and snorkel. As Jane Sandilands wrote in the Summer 2011/2012 edition of South Coast Style, “… (it’s where) snorkellers search for underwater treasures … and when the waves wash over at high tide it’s like swimming in champagne.” 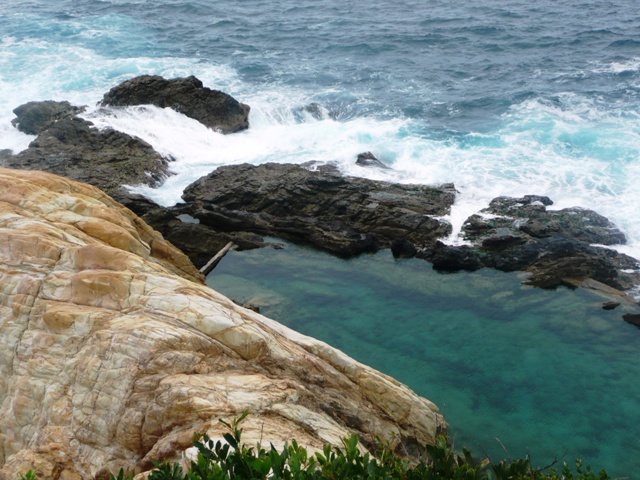 On the day we visited earlier in the year, the water was cold at first but fine once you got in.  I imagine it has freshened up since then but that doesn’t stop many of the locals who continue to swim all year-round. 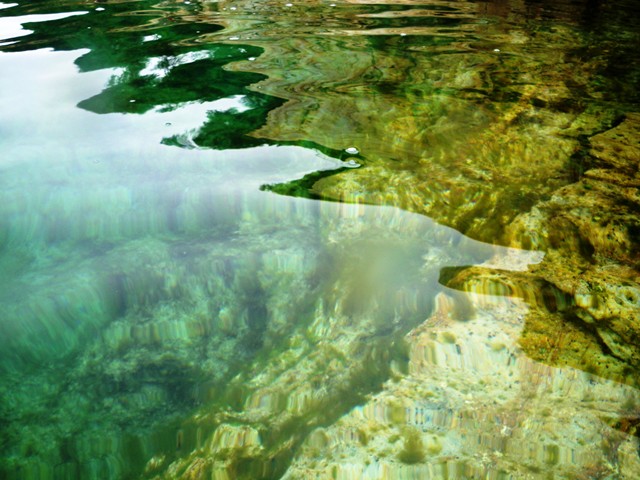 The Blue Pool, off Scenic Drive, is the second most southern of NSW’s 100 ocean baths. The most southern pool is at Eden, 94 kilometres south of Bermagui. 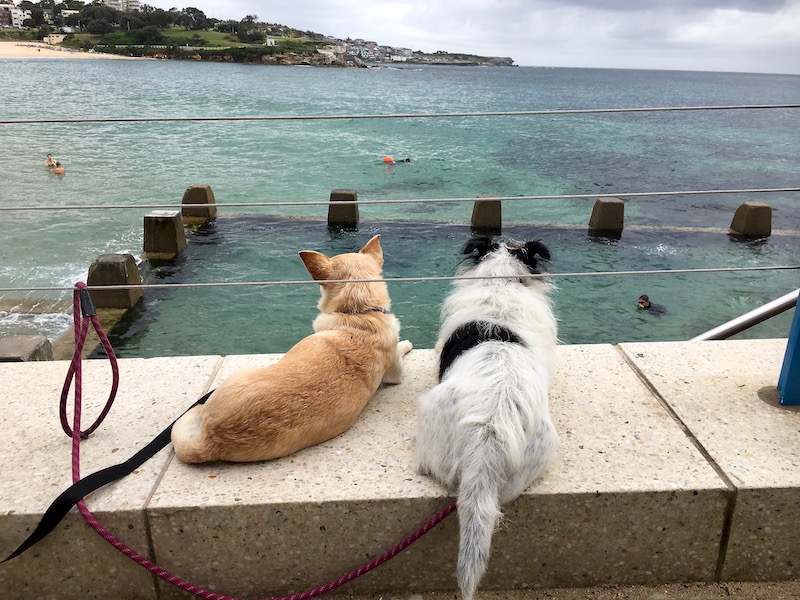