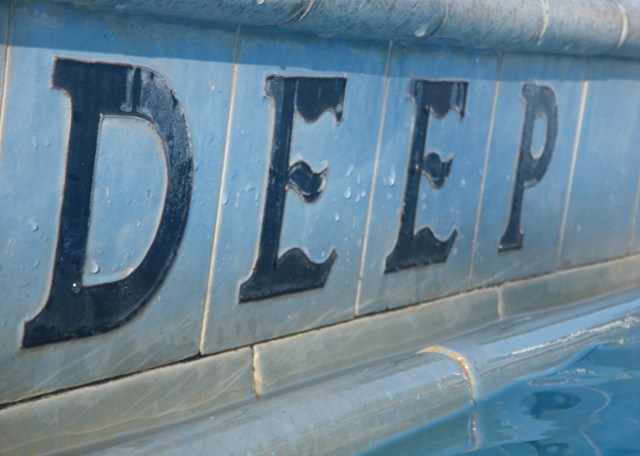 In the deep end at almost 80-year-old Enfield Pool

Fear, that’s what I feel, just for a moment when the depth of the water in a pool drops suddenly. I experienced this the other day when I visited Enfield Pool for the first time. I was swimming along and then all of sudden a line appeared across the white tiles and the depth dropped from one metre to three metres.  A bit further along I was in even deeper water with the bottom of the pool five metres below.  I think it is the suddenness of the drop that startles me. 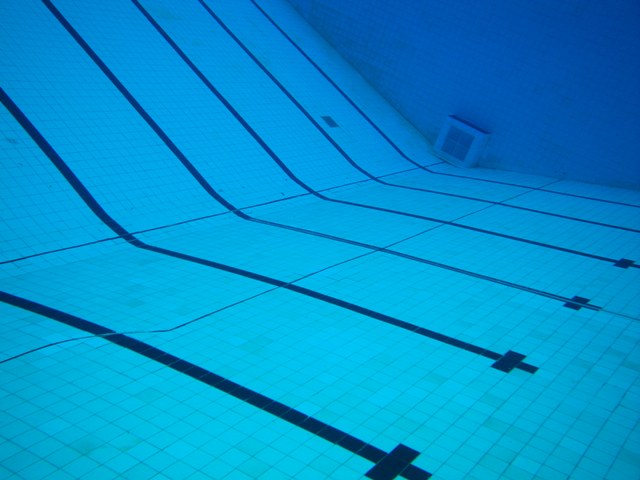 I had the same experience at North Sydney Pool and more recently at Maryborough Pool in the Central Goldfields area of Victoria. What connects these pools is that they were opened between 1933 and 1940. North Sydney and Enfield share the same architects’ Rudder and Grout, who also designed Bankstown (1933) and Granville Pools (1936). 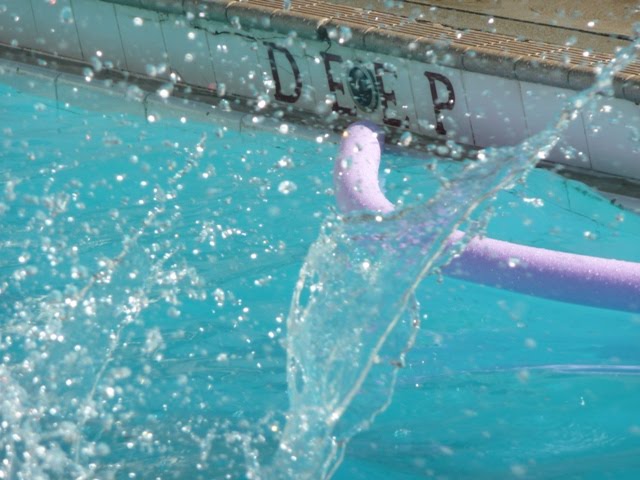 The reason for the five metre depth was because they all originally had diving towers.  At Enfield Pool, Sydney’s first Olympic-standard chlorine pool, there is an original poster from the early days advertising diving lessons with Harry Tickle. “Diving and swimming taught scientifically by Harry Tickle, ex-Australian and NSW Diving Champion,” the poster says. There are also old photos of the Australian High Tower Championships that were held there in 1954-55. Looking at the height they were diving from I can see why the pool had to be so deep. 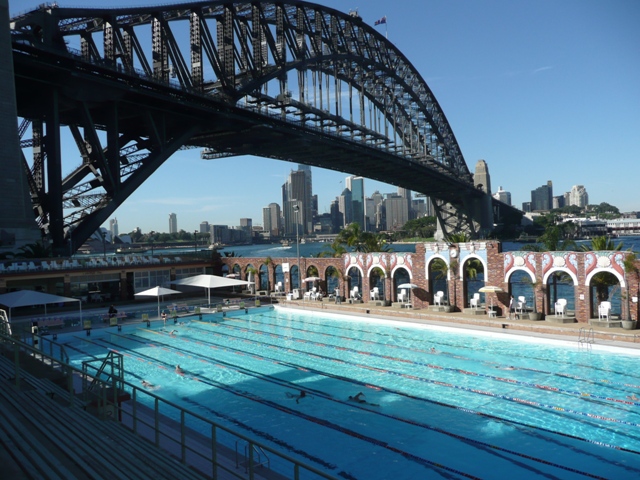 When I used to swim at North Sydney Pool during the mid to late 1970s, only the 1-metre springboard was still in action. Although never a great diver I remember going in a couple of diving events at school swimming carnivals. After awhile I gave it away and concentrated on the swimming races, leaving the diving competition to more skilled competitors like our friend Cathie-Anne. 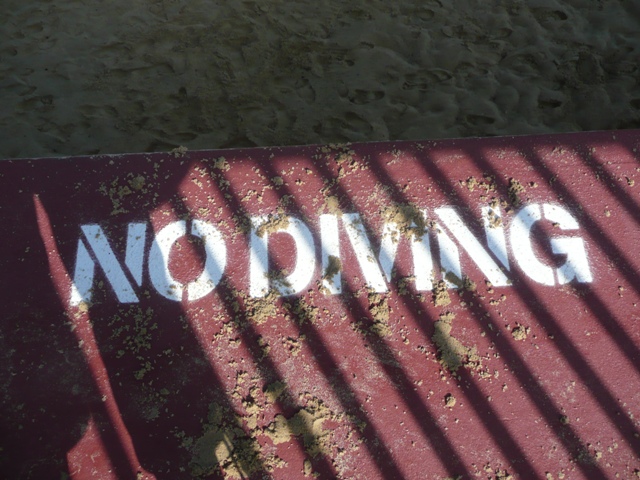 There’s not many diving boards left at pools these days as they have become Occupational Health and Safety (OH and S) issues. At Northbridge Baths where I swam as a child, the tough boys hung out near the diving board.  They’d lie on the concrete with their bikini-clad girlfriends and smoke cigarettes. Then they’d have competitions to see who could do a bomb off the bright blue springboard and get closest to the concrete wall without hitting it. If my memory serves me well there was an accident or two?

Leichhardt Park Aquatic Centre, which was opened in 1960, still has its diving tower because it’s in a separate pool. It is strictly controlled and only open at certain times. A year or so ago when I was at the pool with my now 13 and 11-year-old nieces, the older one became fixated with diving off the tower. When it eventually opened she couldn’t get up there quick enough. Her sister and I were a bit more tentative. I eventually jumped off the three-metre platform but I can’t say it was a pleasant experience. My niece, on the other hand, enjoyed it as she was relaxed and that’s what it’s all about. My younger niece spent an hour jumping and diving off the one-metre springboard and had a very enjoyable time. 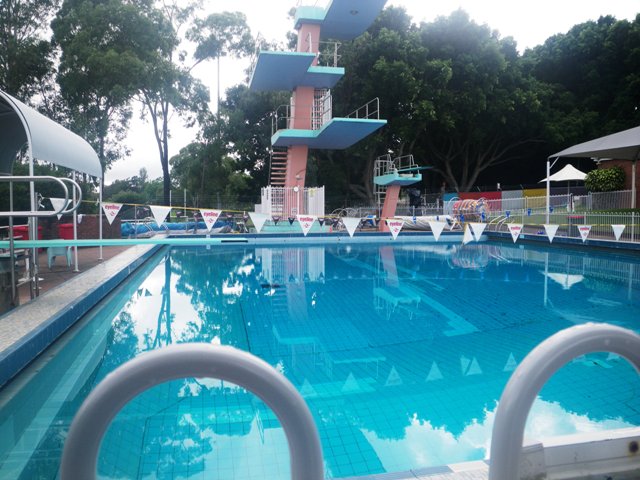