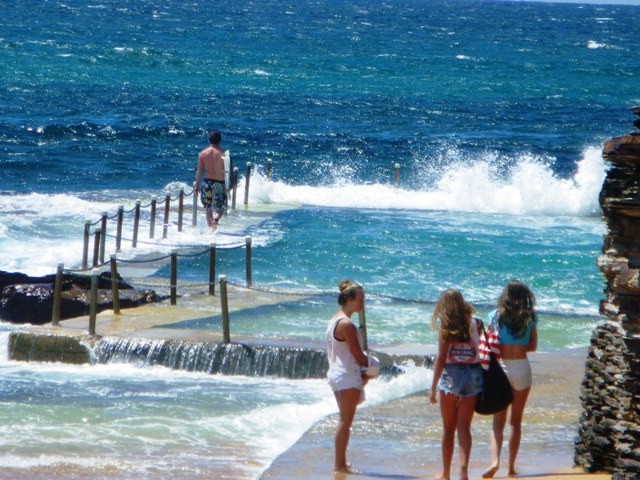 When you live on the coast you take having somewhere to swim for granted. There’s the beach, ocean pools, the harbour, bay baths or the local chlorine complex. But it’s a different story in inland Australia, particularly in the smaller towns. The river or lake may be an option but they are not always safe. Only last week a 15-year-old boy nearly drowned near the Wagga Wagga Beach in the Murrumbidgee River. 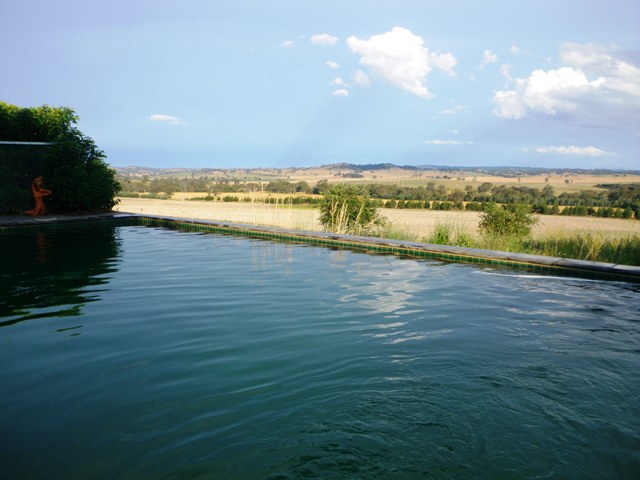 Spending Christmas at my sister’s Riverina property it was great having a pool to dive into and cool off. But not everyone can have a pool in their backyard or on their farm.  And this is where the municipal pool becomes very important.

Driving from Wagga Wagga to the Victorian goldfields area after Christmas we dropped into a number of outdoor pools in medium-sized and small towns. Most of these were built in the 1950s, 60s and early 1970s. In the NSW towns of Jerilderie, Ariah Park and Finley, the local pool was in an attractive garden setting. While the opening hours were more limited than in the days when these towns were thriving, each pool appeared very well-maintained.

Travelling into Victoria the future of the outdoor pool did not appear as positive. Instead of the usual October to March summer season, most centres were only open from December to February. Opening hours were also limited and on days when the temperature is below 23 degree C outdoor pools in Victoria are closed. Conversely, if it reaches 32 C, the opening hours are extended. Well, that’s the theory but not always the practice as patrons at Melbourne’s Coburg Pool discovered recently.

Increasingly it appears that councils in Victoria have replaced or plan to replace outdoor pools with a 25-metre indoor aquatic centre that services a number of towns. One place that has been experiencing this policy is Chewton, a town of about 400 people near Castlemaine in Central Victoria. With plans for a new indoor centre in Castlemaine, in 2009 Mount Alexander Shire Council announced that Chewton’s nearly 20-metre pool and smaller learner pool would be closed. 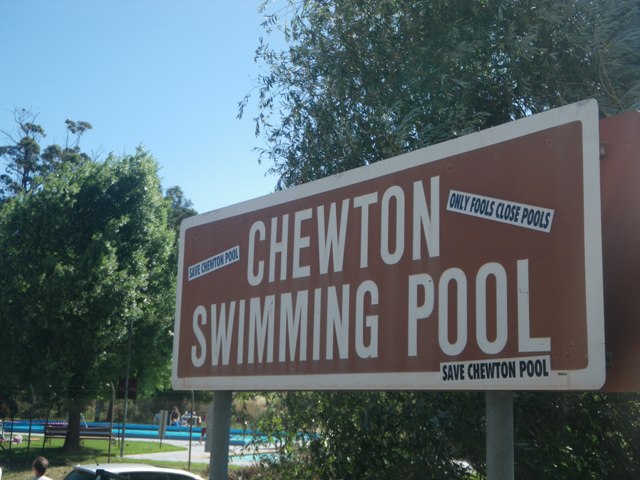 Well, that was the plan. But they didn’t count on the passion and fervour of the local people to try and save their pool. Under the catch-cry of ‘only fools close pools’, since early 2010, the locals have been campaigning to save their 53-year-old centre. They’ve held rallies, organised petitions, made submissions to council, run fundraising events including the ‘Ugly Man’ contest, and set up a tent embassy to prevent the pool’s demolition. After a long battle, the pool finally re-opened on 3 December 2010 with the local community (Chewton Pool Inc) as the new managers. 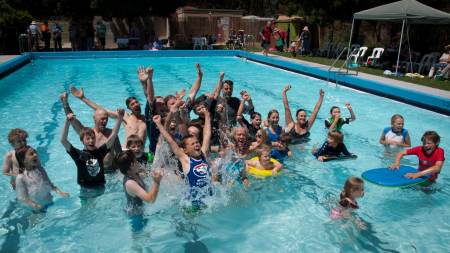 Speaking at the opening, Bendigo West MP, Maree Edwards congratulated the people of Chewton, in particular key campaigner Rose Darling, for being resolute and unwavering in their commitment to keep the pool open.  Likening the fight to the classic ‘Aussie battler’ movie, The Castle, Ms Edwards said anyone who has grown up in a small town knows the value and importance of its local pool. 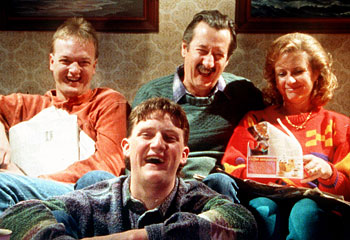 “Local pools are not just about swimming – they are often the hub of small towns during the summer period. They are the heart and soul of a community that bring people together and that’s what keeps communities strong.”

Ms Edwards spoke about growing up in nearby Maryborough where the pool was the place to be each summer day of the school holidays.  Maryborough Pool in the central goldfields area is another pool in Victoria that has fought to remain open.  Back in the mid to late 1990s, local woman, Lauris Weir led a successful campaign to keep the 72-year-old art deco beauty open.  As Lauris says:  “Indoor pools don’t take the place of the outdoor pool. They are good for exercise but not for having a real, good, old time.”

While Chewton Pool has been saved, at least for the next three years, I wonder how many other outdoor pools in Victoria are facing a fragile future?