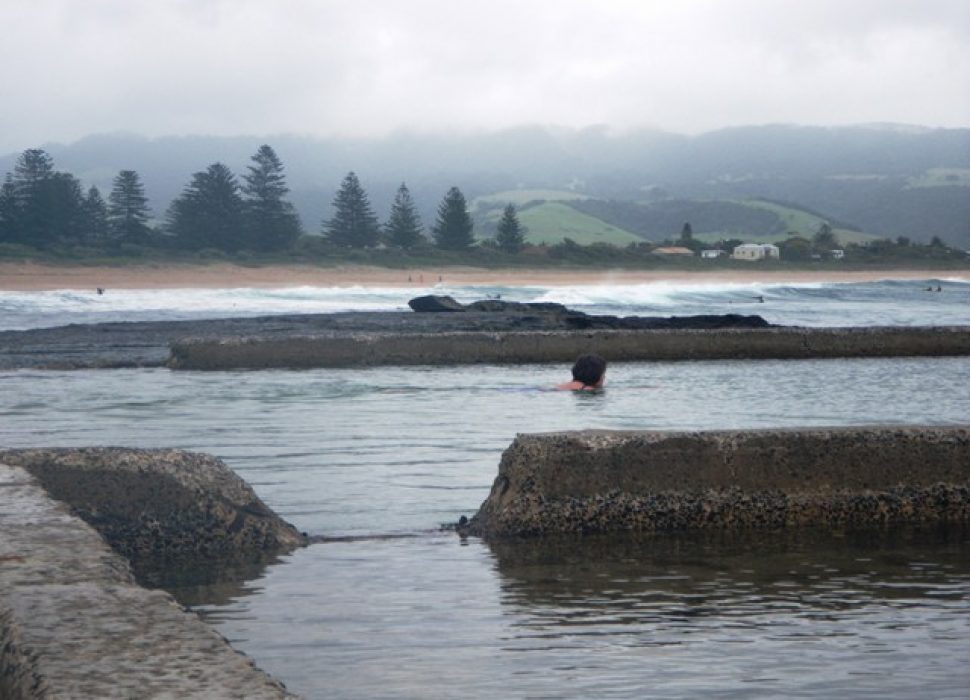 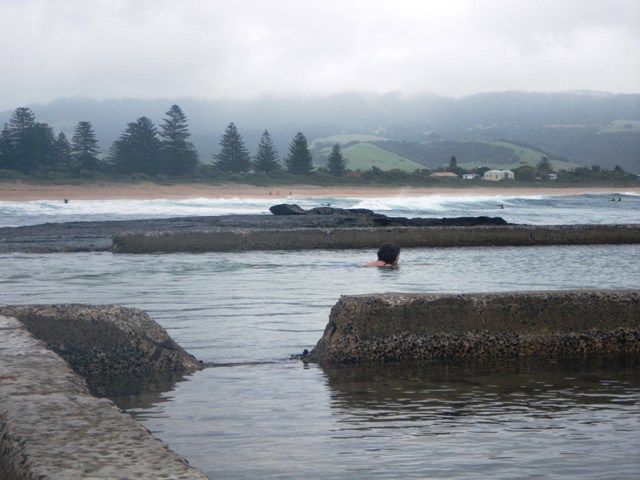 There were plenty of surfers in wetsuits in the Werri Beach waves last Sunday but only one swimmer in the ocean pool. 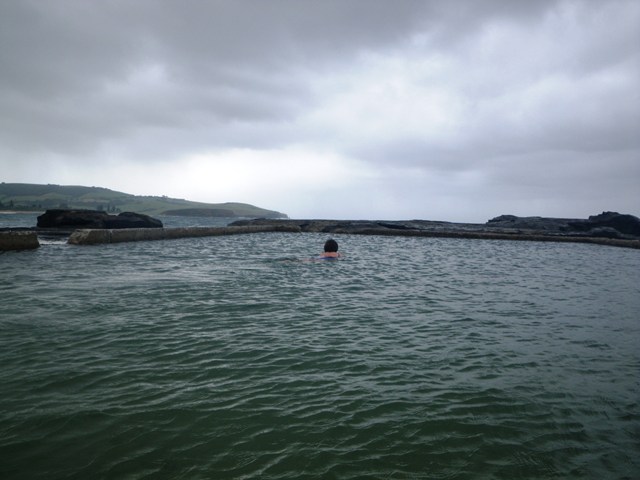 The cool, wet weather discouraged most from diving in but as lone swimmer Margaret commented: “It’s warmer in the water than outside.” So after taking a few snaps I joined Margaret in the Werri Beach Ocean Baths, which sits on a wide rock platform at the south end of the beach. 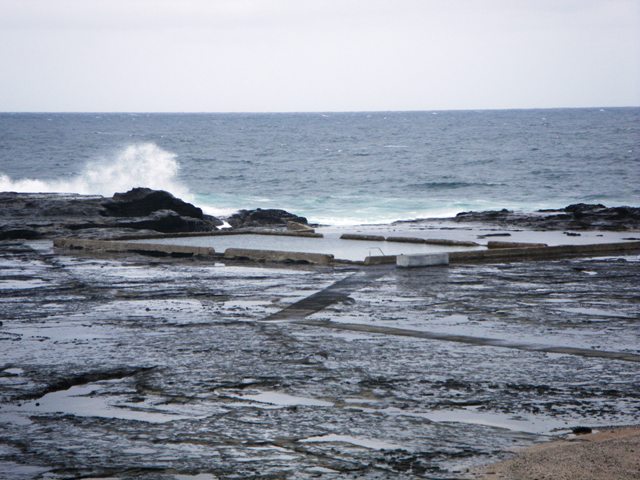 Opened in the late 1930s, it was built to cater for the many campers at Werri Beach and to provide an alternative swimming spot on dangerous surf days. The pool was originally intended to be 165 feet by 75 feet but was reduced to 75 feet by 40 feet to save costs.

As Margaret kick-boarded up and down, she told me that one time when the tide was high and the seas were big the force of the waves picked her up and threw her out of the pool. Our Werri Beach host said the same thing had happened to her nephew during the Christmas king tides. 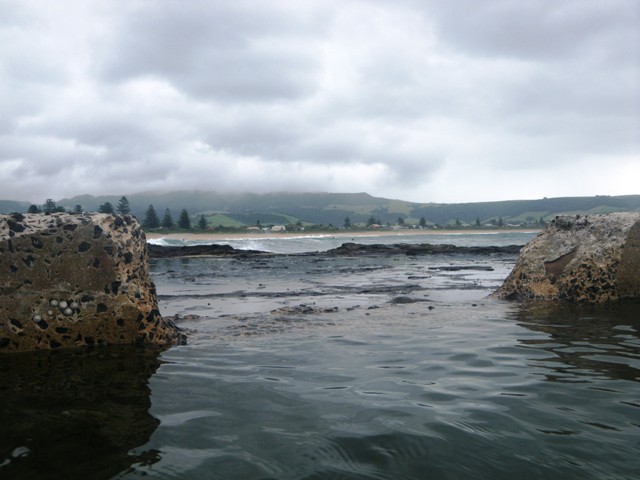 While waves broke on the nearby rocks last Sunday, the conditions were pretty calm within the pool walls, and it was lovely gazing up at the rolling, green hills in the distance.

Gerringong is blessed with a number of ocean pools. At the north end of the beach is a natural water hole called Campbell’s Hole, which our Werri Beach host says is lovely to flop around in.

There used to be a men’s-only baths at Boat Harbour but its exposed position caused continual erosion of the pool structure.  It was also prone to clog up with seaweed, which was the excuse the men gave for swimming in the women’s pool. The NSW Ocean Baths website (no longer online) records that in 1930 a group of ladies from Nowra were very disappointed when their planned swim was not possible after finding a lot of men in the ladies-only pool.

“While acknowledging that a man might want to swim with his wife or children, Gerringong aldermen agreed that ‘Gerringong is not a city’ and ‘some of our ladies are a little shy’ and ‘don’t want to plunge in with men’.”

Another incident recorded by the NSW Ocean Baths website was the 100-foot fall into the Gerringong Ladies’ Baths in 1942 by a racing greyhound called Socialite after chasing a rabbit on the cliffs above.  The greyhound was expected to recover unlike a baby whale that Margaret informed me beached on the rocks near the pool recently. 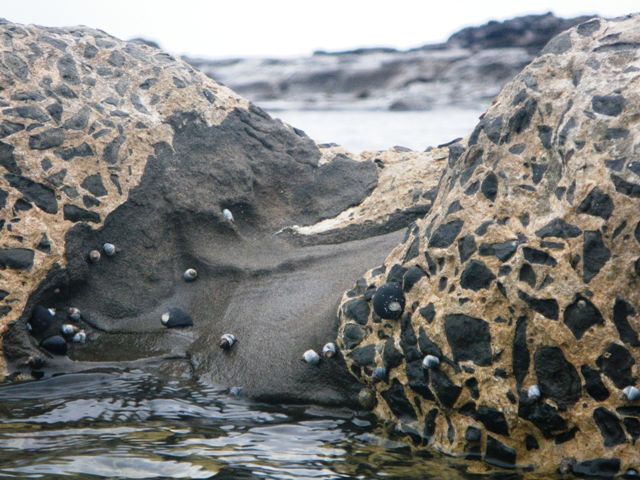 Gerringong is about a two-hour drive south of Sydney. For more information visit Kiama Council.