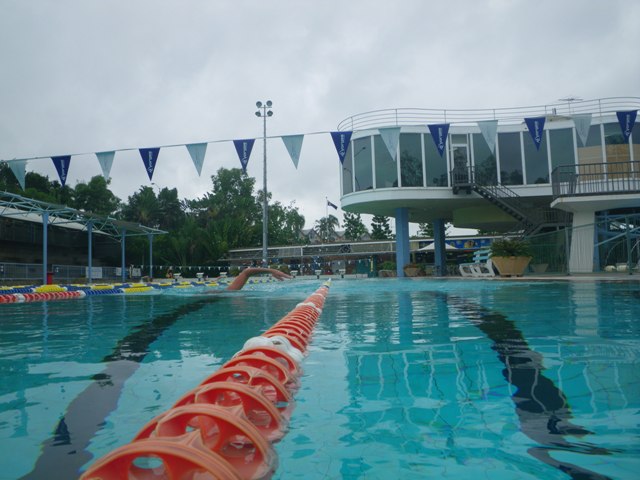 In rainy Brisbane over Christmas, we dropped into the Centenary Aquatic Centre on Gregory Terrace in inner city Spring Hill.  Designed by James Birrell, Brisbane City Council’s principal architect from 1955 to 1961, this complex was considered highly innovative and sophisticated in its design when it opened in 1959.

In particular its elevated modular restaurant which overlooks the complex’s 50-metre pool, diving pool with diving tower and wading pool, was singled out as cutting edge and very modern.  Now a gym rather than a restaurant the space-age structure reminds me of The Jetsons’ skypad apartment from the 1960s cartoon. 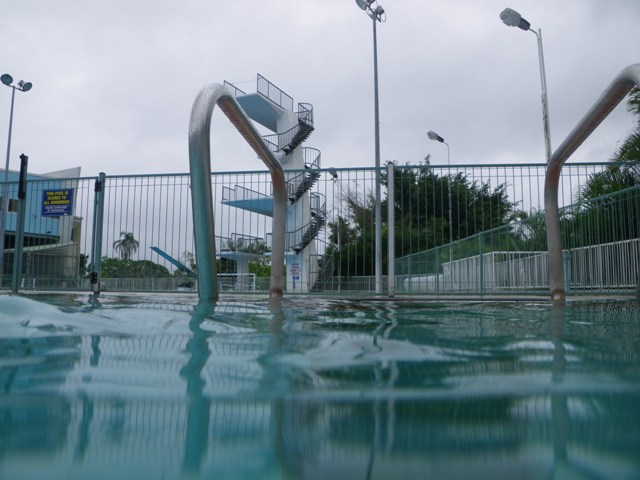 While most public pools being constructed across Australia in the late 50s and 60s tended to have an “almost militaristic insistence on order and regularity“, James Birrell arranged the Centenary Centre’s three pools in a random manner so that a “festive air is developed“. 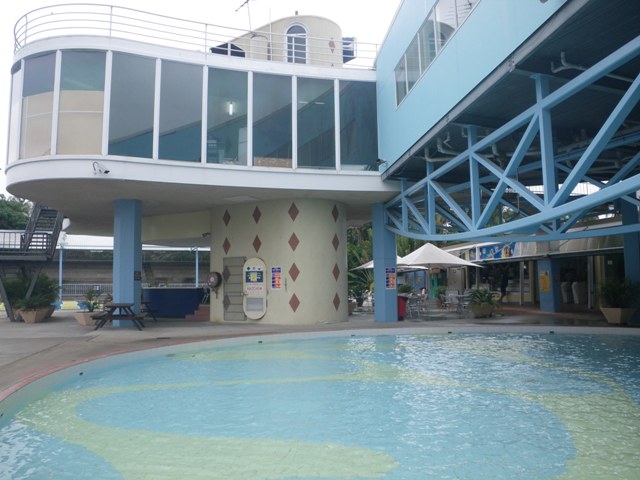 Influenced by modern artists such as Hans Arp and South American architect Oscar Niemeyer, Birrell wanted the Centenary Pool to be a work of art rather than a purely functionalist structure. In 1960 a Melbourne art and architecture magazine selected it as one of the top ten buildings in Australia. Nearly 50 years later it was featured in the Powerhouse Museum’s exhibition, Modern Times: the untold story of modernism in Australia.

Built to commemorate Brisbane and Queensland’s 1959 centenary celebrations, it was the city’s principal aquatic centre until the Sleeman Sports Complex at Chandler opened in 1980. 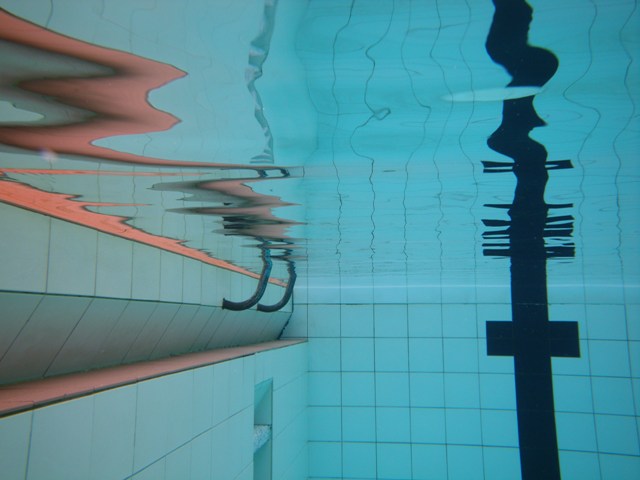 While today the centre is looking a bit tired and more retro than sophisticated, it is still a nice place to take a dip with well-ordered lap swimming, clean change-rooms and friendly, welcoming staff.