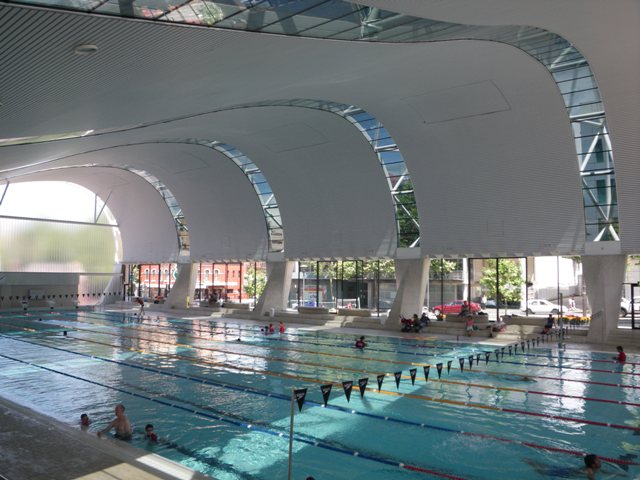 Ultimo’s Ian Thorpe Aquatic Centre is overflowing with curves. From the wave-shaped roof that rises high over the 50-metre pool to the soaring curved form of the outside roof. 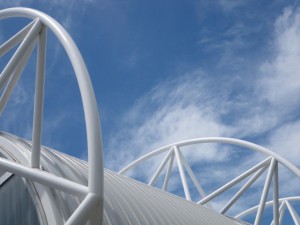 Then there’s the shapely lines of the leisure pool, meandering, twisting and turning around the playful space. The curve of the roof is repeated in the rounded shapes of the amenity pods, and in chrome handrails that sweep dramatically along a walkway and by steps leading into the centre’s three pools. 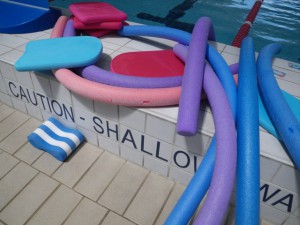 The complex was designed by world-renowned architect Harry Seidler, who unfortunately died a year before it was opened in 2007. His design was selected from a number of entries submitted to a 2001 City of Sydney competition run by the then Lord Mayor, Frank Sartor. Fifty four years earlier Harry wasn’t as successful with his design for the stadium and swimming pool for the Melbourne Olympics, which was awarded to a Victorian team headed by Peter McIntyre. 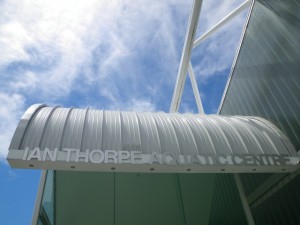 In 2004, Lord Mayor Clover Moore proposed that the $40m facility be named after Ian Thorpe, who she described as Australia’s greatest ever Olympian. Today, as you enter the pool a huge colour photograph of Thorpey torpedoing through the water stretches across the wall opposite the reception area. 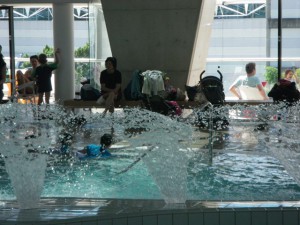 Around noon last Saturday when I visited, there weren’t too many swimmers of Thorpey’s standard churning up the 50-metre pool. The place was pretty chilled with lap swimmers moving at a leisurely pace, as red T-shirted aquatic instructors ran swimming lessons in lanes seven and eight. On the lower level, families frolicked in the water-spraying leisure pool, while bodies soaked up the sun on the terrace or sipped on their coffee. 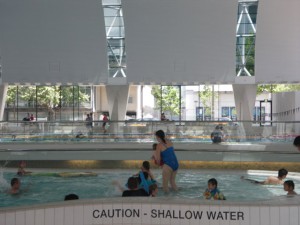 Unlike many older-style indoor pools which can be stuffy and overly chlorinated this complex is well ventilated and full of natural light. Dappled sunlight pours in through skylight ribbons at each roof truss and there are natural ventilation openings in the roof and facade. Clear glass walls add to the openness of the space. On the eastern side the activities and buildings of inner-city Harris Street reflect into the watery space. On the western side, the centre opens onto two terraces overlooking Darling Harbour and the city skyline. 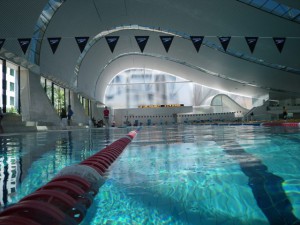 As well as enjoying the centre’s architecture, swimming in the 50-metre pool was a pleasant experience. The water was a nice temperature and feel. Switching from freestyle to backstroke I enjoyed gazing up at the magnificence of the shapely roof, high above me. For an indoor pool, it’s hard to beat the Ian Thorpe Aquatic Centre. It’s light and airy, has inexpensive parking below in Pyrmont Street and has a choice of three pools, a sauna and steam room, cafe and gym.
Who knows as you enter the spectacular space, maybe some of Thorpey’s aquatic magic will rub off?  And for fair-skinned Celts like me, the indoor centre is a good alternative to lathering my body in 30-plus sunscreen and swimming in a rashie on a sunny Sydney Saturday.
Ian Thorpe Aquatic Centre is at 456 Harris Street, Cnr of William Henry Street Ultimo. It is open from 6am to 9pm Monday to Friday and from 6am to 8pm on Saturday, Sunday and public holidays. The centre is closed on Good Friday and Christmas Day. 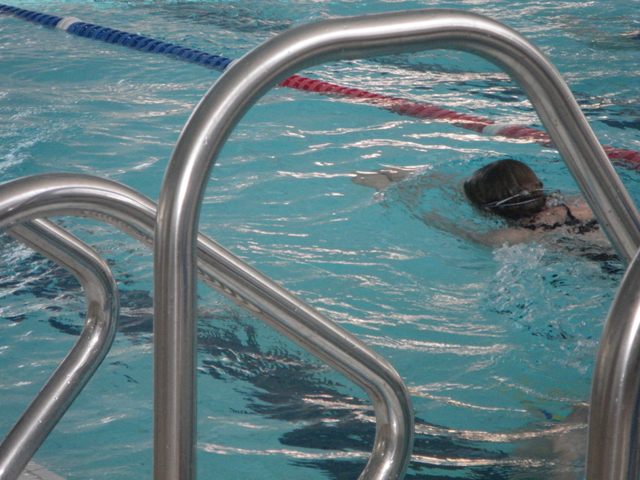