The pool in the park at Petersham
2 comments
Share:FacebookTwitter 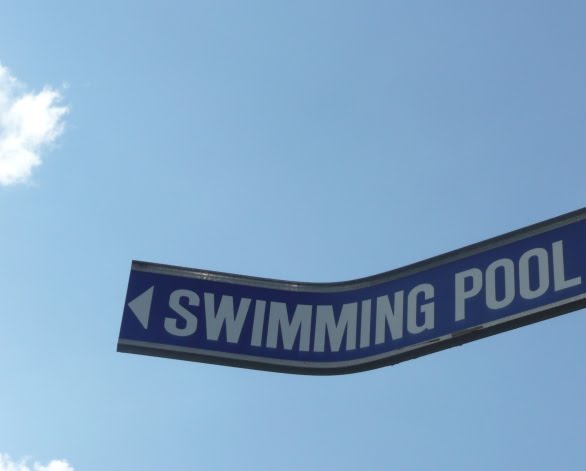 The pool in the park at Petersham

Life seems to slow down a pace or two when you enter Petersham Park Pool or rather, Fanny Durack Aquatic Centre, as it was renamed in 1999. Very popular with families with young children, the 48-year-old complex includes a 33-metre pool and a children’s wading pool. No one swims particularly fast at this inner west pool but they enjoy diving in and doing a few leisurely laps.

The relaxed mood of the place reflects its location within the grounds of the 123-year-old Petersham Park and oval, where in 1926 18-year-old Don Bradman scored 110 in his first appearance in grade cricket. Some of the old-world charm of the park with its picket fence, bandstand and avenue of trees carries through to the pool. But the pool also has a touch of inner city grunge. On one side old camphor laurel trees overlook the pool; on the other side, the outlook is the backs of ageing terrace houses, one decorated in Buddhist flags.

If Sarah “Fanny” Durack was alive today Petersham Pool would have been her local. She lived up the hill from the pool in Douglas Street, Stanmore. It was her local connection, and that it was considered a scandal that no pool in Australia had been named after the first Australian woman to win an Olympic gold medal in swimming, that Marrickville Council renamed the pool in her honour.
As well as being a record-breaking swimmer, Fanny Durack was one of a number of early 20th century swimmers who developed the Australian crawl stroke, now known as freestyle. Fanny and team-mate Mina Wylie (of Wylie’s Baths fame) almost didn’t make it to the 1910 Stockholm Olympics as at that time swimming in NSW was strictly segregated. Rose Scott, President of the NSW Ladies Amateur Swimming Association (NSWLASA) said it was immodest for them to appear among men in attire so scant that they would be embarrassed to wear it in their own homes. Fortunately a public outcry and a change of heart among members of the NSWLASA allowed both Fanny and Mina to compete. When Fanny returned victorious from Stockholm she commented that, “the objections to members of both sexes swimming together exists only in this section of the earth, and is strained prudery”.

A champion of women’s rights, Fanny was at loggerheads with swimming officials at different times in her six-year swimming career in which she held 12 world records. After retiring from the sport in 1918 due to appendicitis, Fanny took up coaching. She would have been very at home at the pool in the park at Petersham. No doubt she could have taught the laid-back swimmers who frequent this pool a technique or two.

Plans are before Marrickville Council to upgrade Fanny Durack Aquatic Centre to replace the 33-metre pool with a 25-metre pool, add a 15-metre program pool, refurbish the foyer and changing rooms and add a new deck and cafe. Stayed tuned. 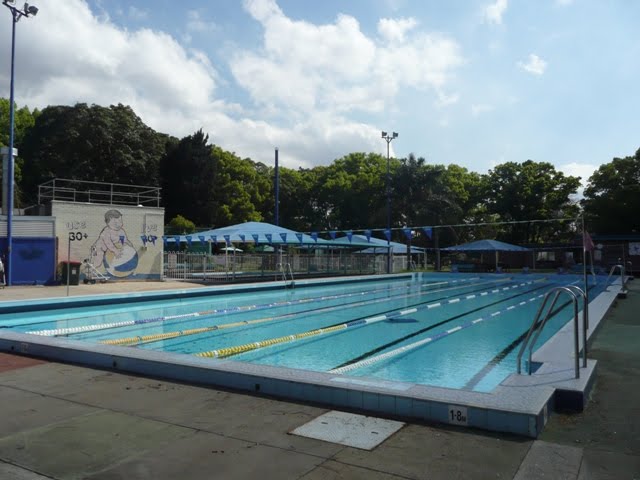